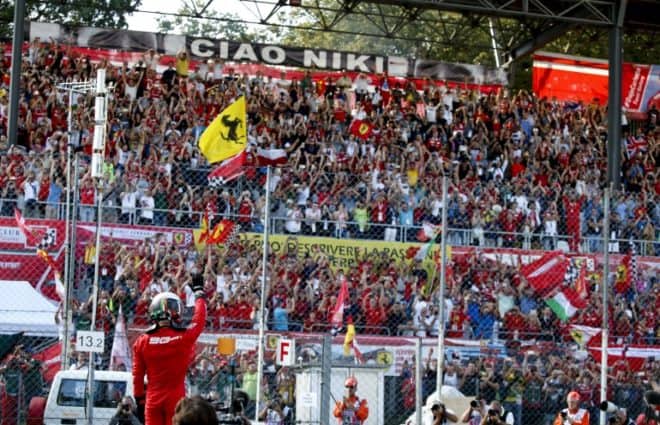 Charles Leclerc Gives the Tifosi a Reason to Rejoice at Italy

Formula 1’s Italian Grand Prix gave a little bit of everything on Sunday (Sept 8).  The main thing that it offered was a battle at the front, which is something that has rarely been seen.  First, Charles Leclerc fended off Lewis Hamilton for nearly two-thirds of the race, and then when Hamilton’s tires had given up, Valtteri Bottas joined the fight and looked like he might have a chance.

Instead, Leclerc showed that he is coming into his own at Ferrari and earned his second-straight win, following his performance at the Belgian GP last week.  Bottas took the second position and Hamilton followed in third. The Renault team had their best race of the season by having Daniel Ricciardo take fourth, with his teammate Nico Hulkenberg placing fifth.

Leclerc used his P1 starting position to full advantage, squeezing the two Mercedes behind him.  Hulkenberg used a strong start to move into fourth behind. The driver who suffered on the start was Max Verstappen, who, owing to an engine change, started in the back, bounced around through no fault of his own and suffered front wing damage that sent him to the pits for repairs.  It looked for a while as though Verstappen would be hanging out by himself in the rear, but he soon had company.

Sebastian Vettel, who started in fourth because the qualifying fiasco on Saturday left him without a flying lap, spun at the Ascari chicane after popping the curb.  The spin itself would not have been an issue, but his unsafe return to the track, when he came out in front of Lance Stroll, did him in. Stroll clipped his front wing trying to avoid Vettel, spinning out himself.  Vettel then had to make a stop to fix the damage. Stroll also incurred an unsafe return penalty, but not the additional hold of 10 seconds that Vettel endured.

Vettel’s race was effectively over, and he could only manage climbing to 13th in the final standings.  This race looks to be the harbinger of things to come for Vettel and Ferrari. With Leclerc having won twice now this season, he will be taking over as the top driver for the team, and the four-time champion will be falling behind his younger teammate in the pecking order.

There have been rumors of a divorce between Vettel and Ferrari, and while that may indeed come, it would be an overreaction by both to do dissolve their relationship right now.  Yet Vettel still needs to do a better job managing himself and avoiding stupid mistakes. He’s in top equipment and continues to underperform, and at this point, it has become an embarrassing situation. A lackluster result at Ferrari’s home track does not bring a sense of confidence.

Another driver who would like to forget the weekend is Kimi Raikkonen.  The Finn crashed out of qualifying in Q3 on Saturday and was forced to start the race from pit lane.  Then his team collected a penalty for not starting the race on the tires from Q2. He could muster only a 15th-place finish.

On the flip side, Red Bull eked out a decent race.  Even after an early trip through the grass, Alex Albon finished the race in sixth.  HIs teammate Verstappen was able to pick his way through the field and wound up eighth.  The results are solid but certainly not what Red Bull are accustomed to.

Sergio Perez pushed through a quiet race and earned the seventh spot for Racing Point.  Antonio Giovinazzi seemed to do the same by finishing ninth, showing that the Alfa Romeo was a capable car but one that the team basically threw away with the Raikkonen screw up.

Taking the last spot in the points was Lando Norris for McLaren.  The team might have seen both their drivers finish in the points but they released Carlos Sainz with a loose wheel and were forced to retire his car.  They will also likely face a fine.

This race happened to be one of the more entertaining of the season, and Leclerc was a big reason why.  He was able to both manage the race and drive with an amazing sense of self in keeping both of the Mercedes drivers from passing him.

As an editor, Ava works through some of the site’s biggest columns while writing one of her own on F1 each week. “Stranded” on the island of Oahu in Hawaii, the aspiring college professor also helps anchor other coverage while coordinating Pace Laps, our multi-series news update.
Previous Kevin Harvick Wins 2019 Big Machine Vodka 400 Pole
Next Hard Wrecks By Landon Cassill, Brad Keselowski Mar First Stage Of Brickyard 400 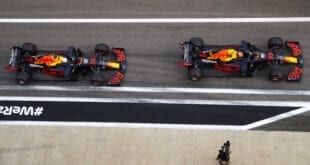