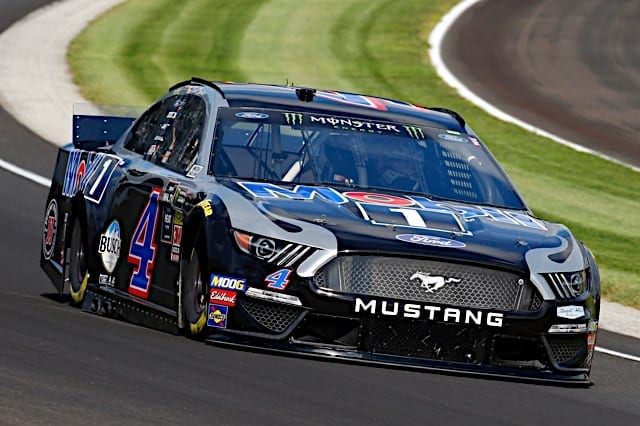 The pole is Harvick’s fifth pole of 2019, and 30th pole of his Monster Energy NASCAR Cup Series career.

Starting alongside Harvick on the front row is Paul Menard. Menard led the field during the final practice session, and he continued to have speed in his No. 21 Wood Brothers Racing Ford. He must win this race to make the playoffs.

In need of a good run, Jimmie Johnson qualified fifth fastest. He goes into the Brickyard 18 points behind the cutline.

The other two drivers battling for the final two playoff berths are Daniel Suarez and Ryan Newman. Suarez will start 20th and Newman will start 22nd, respectively.

After wrecking his No. 11 Joe Gibbs Racing Toyota in final practice, Denny Hamlin was 33rd on the leaderboard, but he will drop to the back of the field because he will race his backup car.

Forty drivers were entered for this race, so everyone made the race, and the Cup Series regular season finale will be have a full field.