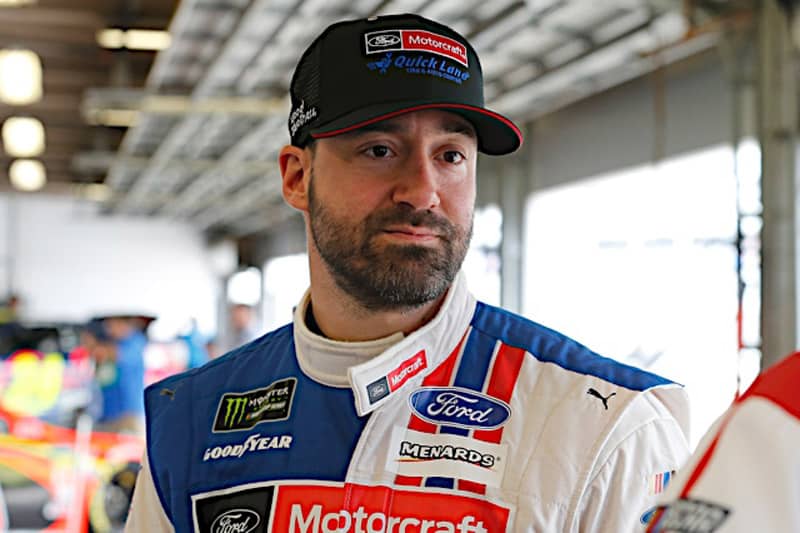 Did You Notice?… Paul Menard is one of the longest-tenured active drivers in the Monster Energy NASCAR Cup Series? I looked at every Cup driver who’s run at least five races this season and added up their career totals.

Menard sits ninth on the list with the driver right behind him, Ragan, also retiring following the 2019 season. But what’s unique about Menard is that total comes with just one career victory: the 2011 Brickyard 400. He’s also earned just one playoff appearance in 13 full-time seasons (2015) and just two career pole positions. (Daytona, July 2008 and Chicagoland, June 2018).

By comparison, five of the eight drivers ahead of Menard on this list have earned a Cup championship. All but Bowyer have won at least one of the sport’s crown jewel events (like the Daytona 500).

Instead, Menard’s track record puts him more on par with drivers like J.D. McDuffie (zero wins in 653 Cup starts) or Jimmy Means (zero wins in 455 Cup starts). The difference is neither of those independents ever had equipment capable of putting them up front. McDuffie’s stats (12 top fives, 106 top 10s, one pole) are actually right in the ballpark with Menard. (20 top fives, 69 top 10s, two poles).

Unfortunately, Menard’s results never improved. That left him a prime example of the modern era NASCAR change fans despise: money, not talent, becoming the deciding factor in getting a ride. In recent years, Hall of Fame caliber drivers like Matt Kenseth have been pushed out through lack of sponsorship while the Menards family of home improvement stores delivered Paul a middle-tier seat.

At the same time, there always seemed to be just enough talent to always keep the 39-year-old hanging around the Cup circuit. In particular, he had a habit of bringing home equipment in one piece. Menard had three or more DNFs just once in his first nine full-time seasons on the Cup circuit. That number has expanded since but he’s still wrecked out, on average, only twice a year.

Menard’s retirement also comes when he’s got the second-best average finish of his career (16.3). He has 21 top-20 finishes in 26 races and has finished worse than 24th just once. (A wreck in the season-opening Daytona 500).

Yet that track record is the very definition of average, a tier that Menard has been stuck in his entire career. Not exactly the chatty type, he remains social media-averse to the point his own fan club poked fun when congratulating replacement Matt DiBenedetto.

Don't have the words eh?

So in the end, while Menard underachieved, you have to give him credit for being able to stick around the Cup Series so long. Not every athlete can be a Hall of Famer. For every baseball player who hits for a .300 average, there’s three more who hit .250, grind it out on defense and fade into oblivion when their time is up.

You’ll catch those blue collar guys having a beer with Menard, at some bar nobody knows about somewhere on a Friday night in 2020. I don’t think he’d have it any other way.

Did You Notice?… DiBenedetto is the complete opposite of Menard in terms of both career and life trajectory? This guy has slaved through years of underdog, under-performing operations that saw one former car owner file for bankruptcy. He finally got a chance with a single-car, manufacturer-supported team this year, only to be thrown aside in six months when chemistry started clicking. And his replacement? How about a younger, more successful talent backed by the money this 28-year-old never really had?

But that background may make Matty D the perfect fit for the Wood Brothers in 2020. He’s now got a year of experience on how to handle a satellite team within a major operation (Leavine Family Racing gets information and support from four-car Joe Gibbs Racing). He’ll come in with a chip on his shoulder, ready to prove himself with a team that’s proven it can win as recently as 2017 with Ryan Blaney. And the social media savvy driver will be a breath of fresh air paired with an iconic program NASCAR likes to trumpet.

At the moment, DiBenedetto’s 2019 average finish is roughly four spots higher than where LFR’s previous two hires, Kasey Kahne and Regan Smith, ran in 2018. If DiBenedetto improves by the same amount over at the No. 21, that pushes the team’s average finish to somewhere between 12th and 13th. It would be good enough to launch him into the playoffs and on par with future teammate Keselowski.

DiBenedetto’s hire also has the potential to clean up NASCAR Silly Season. He fills Menard’s spot, Christopher Bell moves into the No. 95 and someone replaces a retiring Ragan at the No. 38. After that… not much else? Sure, Tyler Reddick might move up with Richard Childress Racing. Cole Custer may find somewhere to slide into a Cup car. But that’s about it, barring some drastic new ownership development the next few months. It would make 2019 the quietest NASCAR free agency period of the decade after several years of above-average activity.

Did You Notice?… Quick hits before taking off….

No it’s not about personality and talent Rick, in today’s nascar world it about sponsorship money. There are a lot of quality drivers not driving in nascar right now because of money. If your wallet is as big as your mouth then write Matt a chech for $11M and he can get a ride. https://t.co/mPrKtCeMPv

You would never have to worry about your favorite athlete in any other sport losing the ability to compete over money. NASCAR is headed in the right direction but finding ownership and sponsorship to coalesce behind talent remains their biggest problem. The field can’t all be drivers picked out of a lineup because they “fit” a particular brand” or they’re simply the children of rich parents.

Time will tell with the hyped MATTY D. Everybody imo is on his bandwagon cause he got dumped. Time will tell. Gonna miss Paul. A man of a few….zero words. LOL :) :) :)

paul made his mark I give him credit , but at the same time he also proved hoe much nascar has become pay to play vs the old way of nascar from the 90s. I hope Mattie runs well in the famous 21 next sure am 100% he will more than double pauls stats

The time wasted on yellow flag laps at Indy was pathetic. It’s a problem that has been prevalent this year, especially with all the ‘time outs’ at the end of stages. I think it’s time to put a limit on caution laps, especially during their TV time outs at the end of ‘stages’. Either that, or they need to stop counting after 3 laps. It has gotten ridiculous.

Agree! The stage break caution laps should not count. They aren’t legitimate cautions.

I hope Matt drives like David Pearson and not Baby Busch.

While Menard is a “money” driver, he’s always quietly conducted himself as a professional, and now he is “paying it forward” getting Matty D. the ride with the Wood Brothers. He’s had a solid career and I hope he and his family continue their good work supporting motorsports.

Upstate – Menard is the equivalent of Elliott Sadler, albeit with two fewer wins and a lot less laps led. Good riddance

And a much bigger pile of money. However, like Upstage9fan alluded to, Paul has always seemed like a nice easy going guy not a spoiled entitled rich kid like a certain grandson driving a car with a famous number.

The stages have always seemed like a gimmick to me so just get rid of them.

Lin,
The stages serve as a way for the networks to cram in their commercials, plain and simple…the equivalent of a break for quarters and halftime of an nfl game

Did you notice…that Paul Menard is almost 100 points ahead of two grand kids of a famous owner? While Paul was certainly average according to the stats he proved that he could race a car. And not just because his dad has money. Can’t really say the same about the two grand kids with the famous car owner now can we?

I don’t understand the point of this article. Why bring up something negative in what’s taking place. Menard’s is even staying on as sponsor with Paul not driving the car. That’s big. Poor timing in criticizing Paul’s career.

Need 2 give drivers back the wheel and let them run

OMG. Not surprised the smug reporting the LATTE BOY writes regarding PAUL MENARD. to pump up his fantasy guy MATTY D. How ignorant. According this this author MATTY D. had put up with slave conditions, worked his ass off and has been the bright light in the racing world that NASACAR and TEAM OWNERS had/have not yet with their ignorance understand his NOT potential BUT BIRTHRIGHT OF GREATNESS! What the hell kinda crap was this article? Knocking MENARD and then actually saying MATTY was denied something and somehow blaming MENARD and his own personal gain or loss in the business!!!!!!!!!! OMG. This article sounds like the typical crap/jealous class bs that certain people like this guy like to promote.

I agree with the other poster…what the hell was this bullshit about!

“No bucks, no Buck Rogers” applies to NA$CAR as well. Racing has always taken money and in today’s NA$CAR, if you don’t have money, it doesn’t matter how good a driver you are, you’re not racing.

It’s a who’s who of who’s mattered in NASCAR history:
Dale Earnhardt Inc. (2007-2008): The dying years.
Robert & Doug Yates (2009): Also dying a slow death at the time.
Richard Petty (2010): haven’t been competitive since The Kings heyday.
Richard Childress (2011-2017) 4th fiddle during a decade long and counting decline the Harvick and Burton couldn’t save.
Wood Brothers (2018-2019). The Woods’ close association with Roger Penske: somewhat competitive, but not dominant, even with a Penske affiliation.