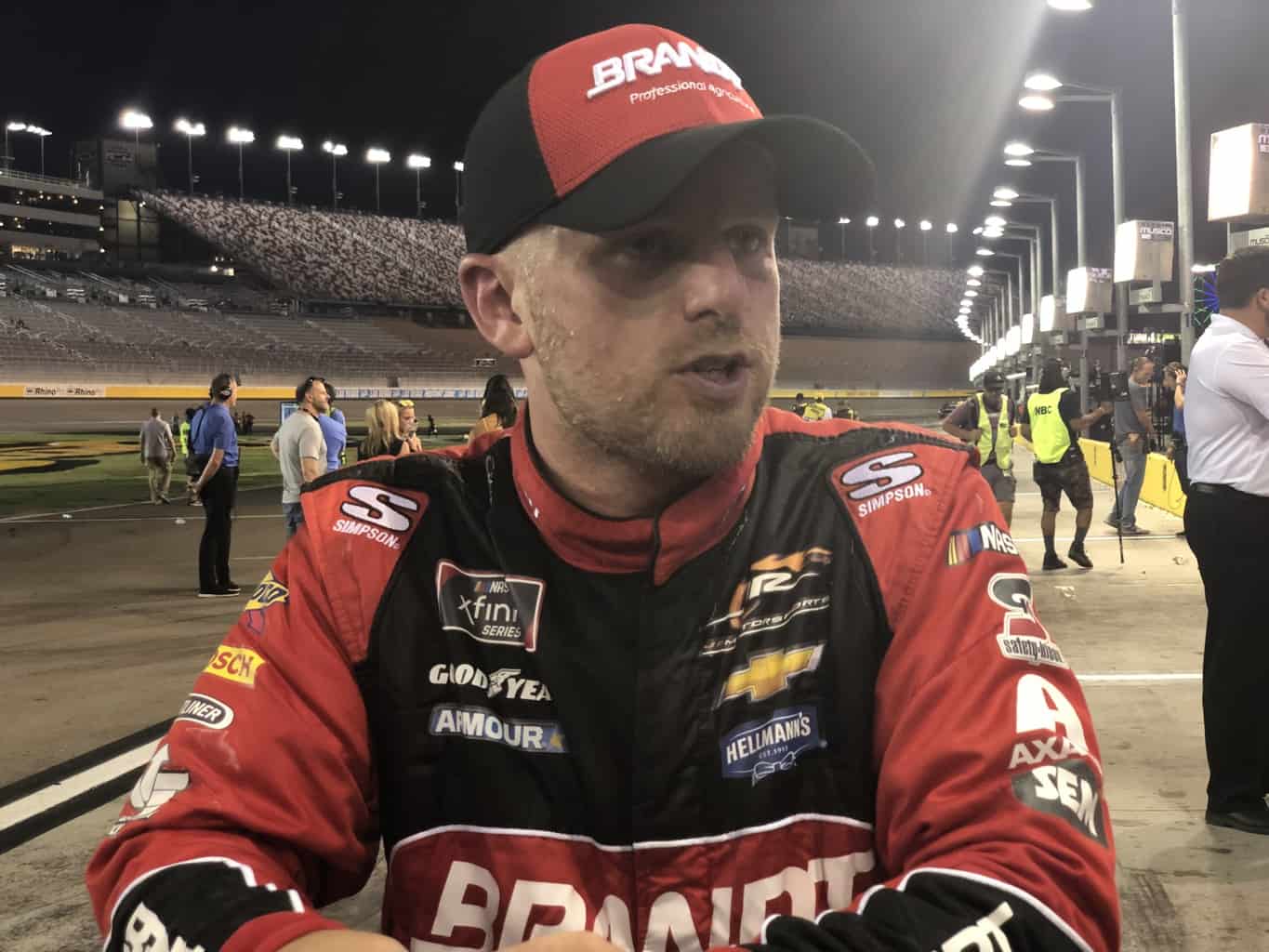 For the first half of Saturday night’s (Sept. 14) Rhino Pro Truck Outfitters 300 at Las Vegas Motor Speedway, Justin Allgaier looked to be a contender for the win. He proved to be the only one that could stay in the same stratosphere as a dominant Christopher Bell without pit strategy coming into play.

But as day fell to night, the handling on his JR Motorsports Chevrolet slowly and steadily went away, relegating him to a fifth-place finish after leading 15 laps.

“We unfortunately made a shift early on and got a little bit behind, it didn’t do what we wanted it to do,” he said post-race. “So we made a big change on the next pit stop and I think that was right about the time the track made a shift. The sun was starting to go down, and once we did that, we just really got behind. You never could get the balance back.”

Allgaier is winless to this point in the season, something he’s been unfamiliar with the past few years. He did indeed feel that if the race was run a little sooner, more heat would have left him a chance at grabbing the checkered flag.

“Once the sun went down and it started to get cooler, it really hurt the balance on our Brandt Professional Agriculture Camaro,” he said, “And took us out of the race.”

This veteran knows his JR Motorsports group needs to get better. Heading into the playoffs, Allgaier was impressed with the strength of his fellow competitors who haven’t been as quick all season as they were on Saturday. That’s not lost on the Xfinity Series veteran.

“There were a lot of cars that had speed tonight that, I’m not going to say surprised me, but I feel like everyone stepped their game up for this final round before the playoffs start and it was noticed,” he said. “We’re all going to have to step up our game come next week.”

Next week is a trip to Richmond Raceway, a short track where Allgaier finished third earlier this season. That previous run, coupled with JRM’s speed on short tracks and Saturday night, gives him confidence heading into the postseason.

“I feel like we made a huge step tonight in our 1.5-mile program, as far as direction goes,” he said. “We’ve not been good on 1.5-milers. We never have, really. We’ve run OK, but we’ve not been a car that can go and battle for the lead like we did tonight. I feel good about that, because there are 1.5-milers in the playoffs. Our short track program is really good at JRM. I’m excited about the short tracks we have on tap.”

Tyler Reddick‘s winning strategy call wasn’t lost on Allgaier, who noted that courageous calls could mean the difference between winning and losing a championship.

“I feel like tonight was a good indication of how much the game has elevated and how bold you’re going to have to be,” he said. “They tried something that we all said there’s no way it’ll work, and they made it work and won a race. Definitely some food for thought as we go forward.”