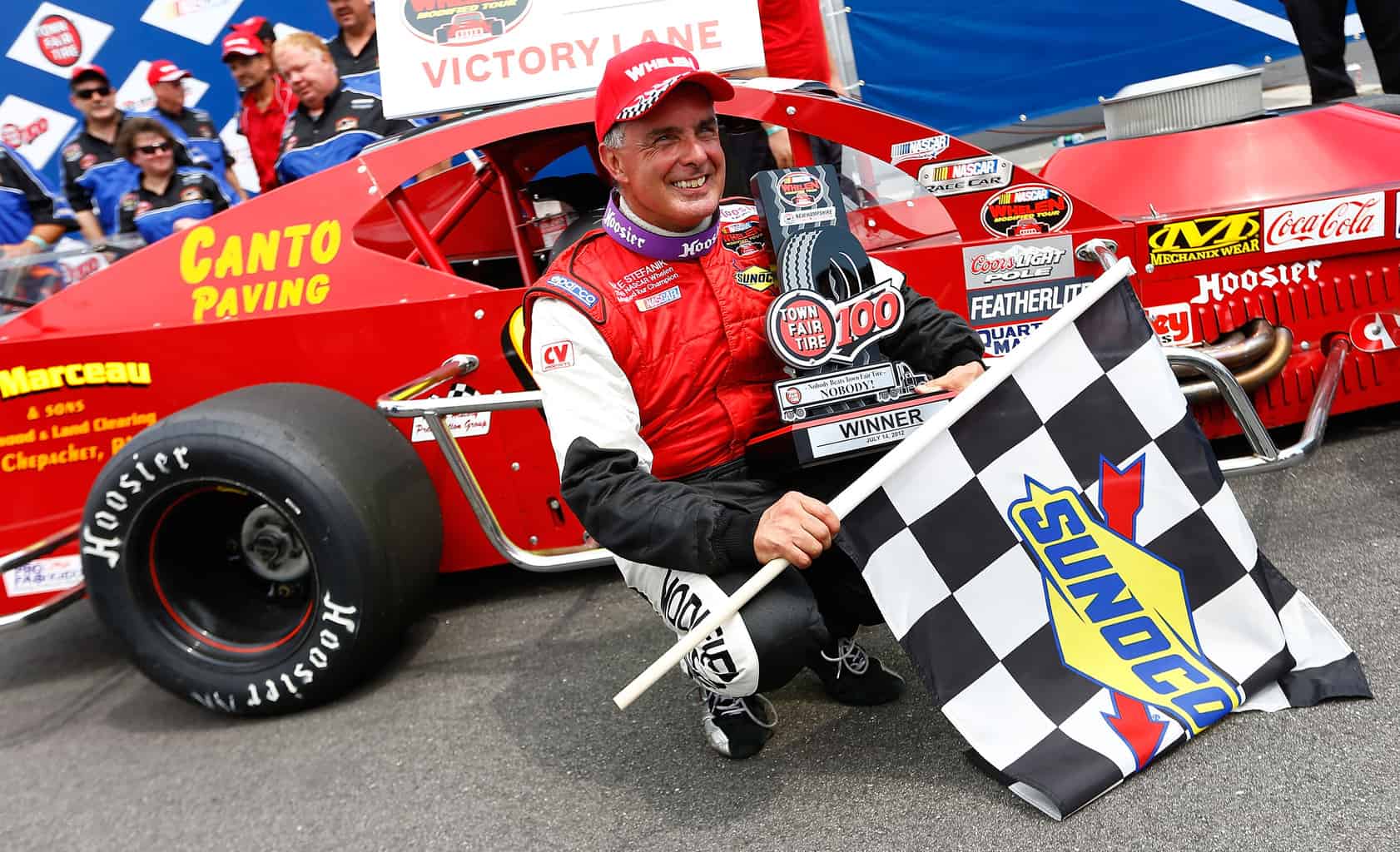 Mike Stefanik, the long-time NASCAR Whelen Modified Tour driver who is tied for the most touring series championships in the sanctioning body’s history with nine, died on Sunday, Sept. 15 in a plane crash. He was 61 years old.

“According to reports, Stefanik crashed while piloting a single engine, single seat Aero Ultra-Light aircraft. The crash took place took place in Sterling, Connecticut near the Rhode Island border. The plane had taken off RICONN Airport in Coventry, Rhode Island.”

NASCAR confirmed the news shortly after the initial reports of Stefanik’s death.

We are saddened to hear the news about nine-time NASCAR Champion and NASCAR Hall of Fame nominee Mike Stefanik’s passing. NASCAR statement: pic.twitter.com/VqRBxBpB18

Stefanik began racing in what is now known as the Whelen Modified Tour in 1985 and accumulated 71 series wins in the 30 seasons following before finally retiring in 2014. The Rhode Island native would win seven championships in that series, and if it were not for Richie Evans, Stefanik would have a fair argument of being the greatest modified driver of all time.

Stefanik’s greatest accomplishments, however, came in 1997 and 1998. Stefanik raced on both the modified tour and what is now known as K&N Pro Series East, winning each championship in both years. Nobody else in NASCAR history has ever won two touring series championships in one year, let alone accomplishing the feat twice in a row for four championships in two years.

Those championships parlayed Stefanik to run full-time in what’s now known as the NASCAR Gander Outdoors Truck Series in 1999 for owner Dale Phelon, in which he finished 13th in points with a best finish of second. Stefanik also raced on-and-off in the NASCAR Xfinity Series in the 1990s and in 2000, with 26 total starts and a best finish of eighth at his home track, New Hampshire Motor Speedway.

Stefanik has been nominated for the NASCAR Hall of Fame on a yearly basis since 2015. In the Class of 2020 voting earlier this year, Stefanik finished sixth, just missing out on being enshrined in the five-person class.

More people who call themselves “NASCAR fans” should know about this man.

Too many racing personalities have died and are dying from plane crashes.

remember when he raced in the stock car series.

sad. this was an ultralight crash.

Real sad to see this.

I got to see Mike race at Thompson, Stafford, and Loudon. If it was Modifieds, no matter where he was in the field, he was a threat. Watched him stalk Ted Christopher one night, lap after lap in his tire tracks for a feature win… both of those guys were real racers.