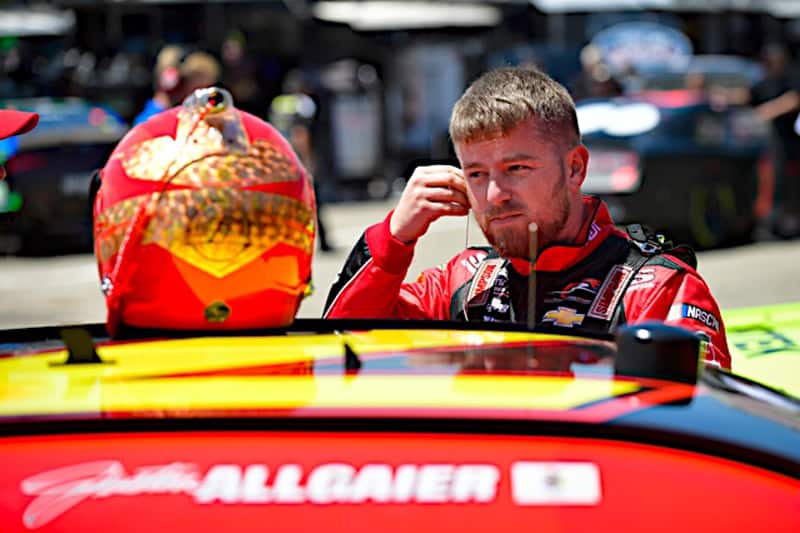 In this week’s edition of the Frontstretch Podcast, Dustin Albino and Mike Neff discuss an interesting weekend of racing at Las Vegas Motor Speedway.

Martin Truex Jr. came out on top in the opening race of the playoffs, but it was Kyle Busch who stole the post-race headlines, bashing drivers who haven’t won. The comments transpired after an on-track incident with Garrett Smithley, who was making his 11th Cup Series start.

What is the proper etiquette and right way of making it to the Cup Series? Should you have to win at the lower levels in order to advance? We chat about the tough subject.

Tyler Reddick won the Xfinity Series race by going 105 miles on a tank of gas, via a pit call from crew chief Randall Burnett. With the Xfinity playoffs starting this weekend, is Reddick the favorite for the championship?

It wasn’t a good weekend for ThorSport Racing, which had three of its trucks have an engine failure — two at the same time, running nose to tail. Ultimately, we discuss the disappointment for regular season Truck Series champion Grant Enfinger.

In a touch of sad news, we relive some of the highlights of seven-time NASCAR Wheelen Modified champion Mike Stefanik’s career. On Sunday, Stefanik was killed in a plane accident. Our thoughts and prayers are sent to his family and friends.

Finally, Justin Allgaier joins the show to discuss an adventurous 2019 season, not yet winning a race, but believing the No. 7 team can make a charge at the Xfinity title.