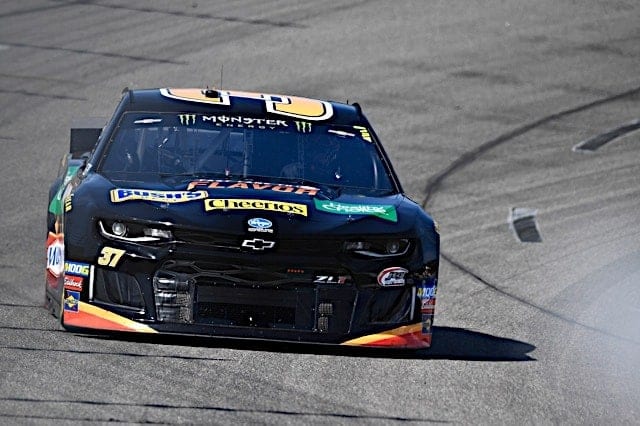 The Monster Energy NASCAR Cup Series took to the track at Richmond Raceway Friday, Sept. 20, for a pair of practice sessions for tomorrow’s playoff race.

All three of Truex’s teammates — Kyle Busch, Denny Hamlin and Erik Jones — had speeds in the top 10, running fourth, sixth and seventh, respectively.

Brad Keselowski was the only Team Penske driver outside the top 10, with the 23rd-best speed, and posted the lowest speed of any playoff driver.

No Stewart-Haas Racing drivers posted speeds at the top of the board; the team’s best was Daniel Suarez, who was 12th.

William Byron and Chase Elliott put half of Hendrick Motorsports in the top 10 with third- and ninth-place runs, while Kyle Larson and Ryan Newman were fifth and 10th on the leaderboard, respectively.

Truex led the way in second practice, topping the charts by more than 2 mph over second-place Elliott.

Truex recorded a fast speed of 121.885 mph, the only driver to surpass the 120 mph mark in the second session.

Elliott’s 119.861 mph was good for second on the leaderboard, while Daniel Hemric, Hamlin and Austin Dillon rounded out the top five, putting both Richard Childress Racing cars near the top.

Kevin Harvick, Keselowski, Ryan Blaney, Busch and Newman made up the rest of the top 10.

Matt DiBenedetto put in 87 laps during the session, the most of any driver.

Byron scraped the wall during one of his laps, ending up 26th on the leaderboard.

All 38 cars posted lap times in both sessions.

Cup qualifying will get underway shortly after 6 p.m. ET on Friday, while the Federated Auto Parts 400 is scheduled for Saturday at 7:30 p.m. ET.