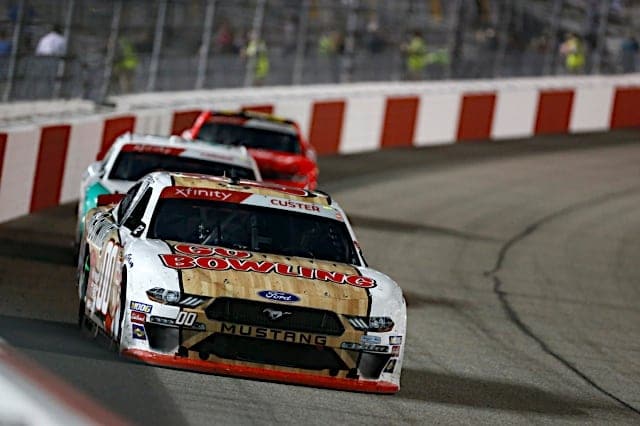 Cole Custer entered the NASCAR Xfinity Series playoffs on Friday night (Sept. 20) with a large buffer over the Round of 12 cut line thanks to his six wins in the regular season. He left with an even bigger one thanks to a third-place run in the playoff opener at Richmond Raceway.

“It was a really good way to start off the playoffs,” Custer said. “I mean we’re 60 points to the good now, so heading to the [Charlotte Motor Speedway] ROVAL, you have no idea what to expect, so it makes you feel a little bit better.”

The performance was good enough to set Custer up nicely to advance to the next round, but the team has to step it up if they want to be 2019 champions, as Christopher Bell dominated the race.

“I didn’t quite have enough for the [No.] 20, he could just kind of tie the corner a little better than I did together,” Custer said. “You look at their whole team [Joe Gibbs Racing] — a lot of these short tracks, they’ve been doing it for 15 years, so they have a really good notebook. And I think we’re right on their heels, but it’s just a matter of the little things, I guess. And there’s things I could probably do a little bit better also, but they definitely have a big notebook over there.”

Custer’s lack of contention for Bell was a surprise after Custer dominated Richmond in the spring, leading 122 of the 250 laps and winning a stage en route to the win.

“I don’t know if it was too much different [from the spring race], but we kind of couldn’t get back to where we were in the spring,” Custer said. “It was kind of from one side of the fence to the other setup wise. I think we got close, we just needed a little bit more at the end.”

Up next for Custer and the rest of the Xfinity tour is the Charlotte Motor Speedway ROVAL. The second-year track is still a bit of a mystery for the teams. The Round of 12 wraps up at Dover International Speedway.