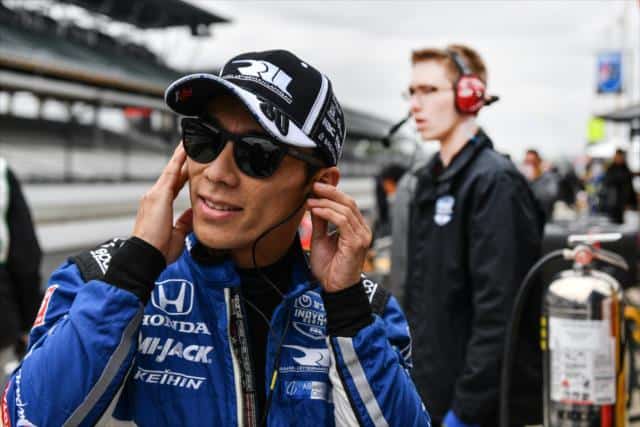 Rahal Letterman Lanigan Racing exercised its option on Takuma Sato for the 2020 NTT IndyCar Series season, the team announced on Saturday, Sept. 21. He will return to drive the No. 30 Honda.

The 2020 season will be Sato’s third straight year driving for the team and fourth overall. Sato drove for the team in 2012 as well.

“His two wins and two poles don’t fully indicate how competitive he has been overall this season and the fact that he was a contender at many other races.” co-owner Booby Rahal said. “He is an integral part of our team, which I believe we have shown. This decision allows us to keep the continuity and continue to build upon our program for 2020.”

“I am very happy to continue our path together again after this season,” Sato added. “Every single member of the team is extremely loyal and have given me unbelievable support. I truly feel at home here and I am so proud of the team. We have had another great season this year and even had some tough times, but it only made our relationship stronger. I can’t thank Bobby, Mike, David and the entire team enough, and I am looking forward to finishing the season strong and also looking forward to 2020.”

The 41-year-old from Tokyo, Japan, has five career IndyCar wins, including the 2017 Indianapolis 500, and 12 podium finishes overall. In addition to his 168 IndyCar Series starts, Sato has 90 Formula One starts with one podium finish.

The 2019 season has been his best season overall. He won the Honda Indy Grand Prix of Alabama at Barber Motorsports Park and the Bommarito Automotive Group 500 at World Wide Technology Raceway at Gateway. Sato also has won two poles and is sixth in the championship standings.