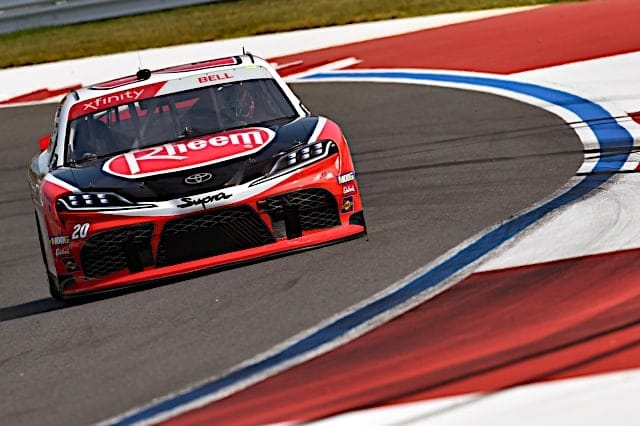 In first practice, it was Bell who had the top speed of 98.853 mph. Cindric was second followed by Allmendinger, Garrett Smithley and Chase Briscoe rounding out the top-five drivers.

There were a couple of incidents marring the first session. The first one was for the No. 9 of Noah Gragson as he spun in turn 3 and hit the tire barrier. Gragson will go to a backup car.

Cody Ware also hit the wall in first practice and he, too, will go to a backup car.

Smithley suffered a mechanical failure with 11 minutes left in the session and was unable to go back out before practice ended.

In final practice, Allmendinger moved up to the top of the charts with a speed of 99.502 mph. He hopes to end his limited schedule with Kaulig Racing’s No. 10 car on a high note.

There were a few crashes in final practice, as well. The most serious one came when Preston Pardus wrecked his car in turn 5. According to the NBCSN telecast, the team does not have a backup car.

10 minutes later, the No. 1 of Michael Annett wrecked into the same turn. Unlike Pardus, he does have a backup and JR Motorsports is already preparing it for tomorrow afternoon’s event.