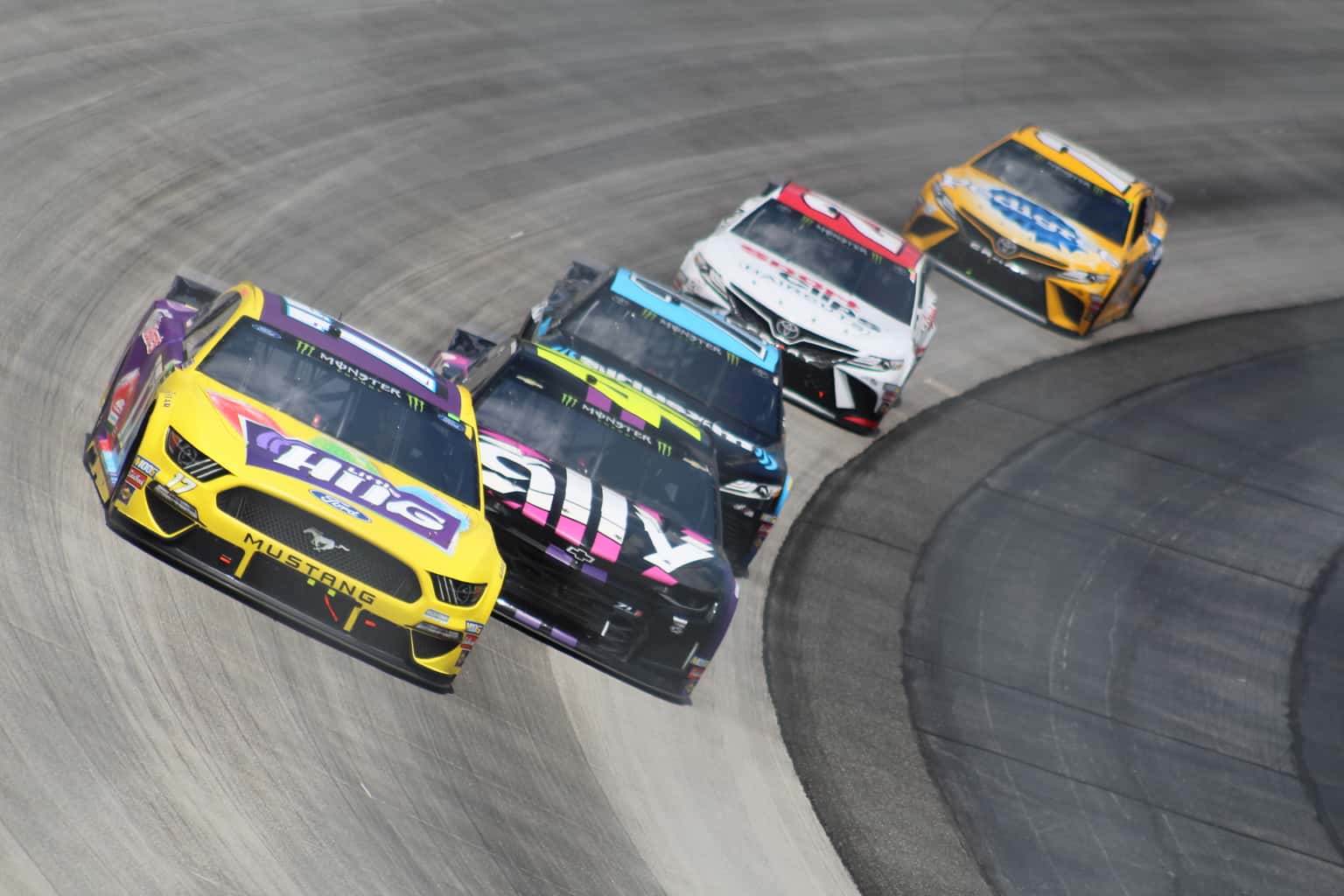 There have been many memorable moments in the Monster Energy NASCAR Cup Series’ 50 years at Dover International Speedway. Since Richard Petty’s 1969 victory, 66 different drivers have conquered the course.

Below are just a few of those who won in unforgettable fashion.

The 1993 SplitFire Spark Plug 500 was nearly five hours long and had a record-setting 16 caution periods for 103 laps. Wallace, who began from the pole, led 215 laps and avoided trouble en route to his first of three consecutive Monster Mile victories. Just eight of the 37 cars entered in the race finished on the lead lap, and only 23 were still running. Below is just one of those incidents where it appears Hut Stricklin couldn’t get going on a restart and was tagged behind.

In the first race after Sept. 11, 2001, Dale Earnhardt Jr. waved the American flag after winning the MBNA Cal Ripken Jr. 400. Fans in the stands held flags and chanted “USA” prior to the start of the race. Many vehicles were adorned with flags as well. It was truly a noteworthy event that helped bring the country together.

Wilson, the volleyball from Cast Away, also rode in Earnhardt’s car and was celebrated in victory lane.

3. Closest Margin of Victory at Dover

In a race that concluded with a green-white-checkered finish, Jimmie Johnson prevailed over then-Hendrick Motorsports teammate Kyle Busch and won the 2005 MBNA NASCAR RacePoints 400. Johnson won by 0.08 seconds, which was the closest margin of victory in the track’s history. Other Cup title contenders such as Kurt Busch encountered tire issues that resulted in undesirable finishes.

After rain pushed the 2007 Autism Speaks 400 to Monday, Martin Truex Jr. found his first series win at the Monster Mile. Though he started 26th, Truex was able to work his way to the front of the field and lead 216 laps in the bout. Only 13 cars ended the race on the lead lap, including Ryan Newman, who was 7.355 seconds behind Truex.

As luck would have it, Truex also won the 2019 Gander RV 400 under similar circumstances.

One of the most memorable races came in 2017 when Johnson won the AAA 400 Drive for Autism and matched Cale Yarborough with 83 wins. The race, which was extended to overtime due to cautions in the closing laps, ended under yellow flag conditions when Ty Dillon turned in the pack. Johnson commemorated the special occasion with a helmet honoring Yarborough, as well as one of Yarborough’s hats.