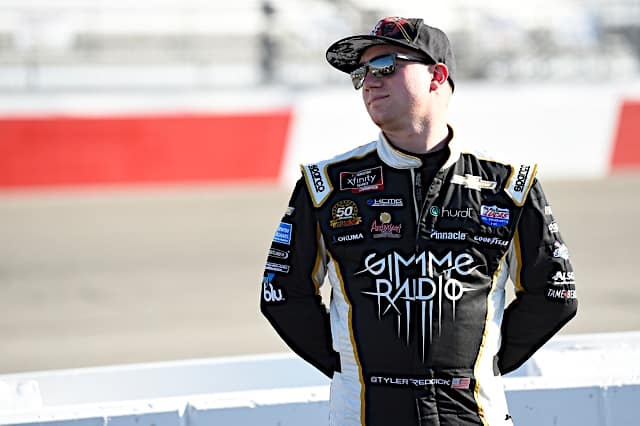 In this week’s edition of the Frontstretch Podcast, Dustin Albino and Mike Neff discuss a frantic weekend of playoff racing at the Charlotte Motor Speedway ROVAL, which saw Chase Elliott come back to win after driving into the tire barrier earlier in the race.

Besides debating if Elliott is the best active road racer, the duo chats about Alex Bowman‘s wild weekend and his in-race rivalry with Bubba Wallace as well as their post-race mix up. Ultimately, the No. 88 team advanced to the Round of 12.

What was going in with NASCAR’s officiating on Sunday (Sept. 29)? What is and isn’t a caution? Both Albino and Neff rant on this one, and they also sound off on the Ricky Stenhouse Jr./Roush Fenway Racing breakup, believing the driver deserved to know his future prior to late September, though it’s a good opportunity for Chris Buescher.

A lot of other news transpired in the past week with Christopher Bell being announced as the driver of the No. 95 Toyota for Leavine Family Racing in 2020. After Ilmor Engineering reviewed its spec engines from Las Vegas Motor Speedway three weeks ago, ThorSport Racing representatives sent a letter to NASCAR, hoping to get two of its playoff drivers (Johnny Sauter and Grant Enfinger) back into the playoffs. What’s the future of NASCAR pit stops? Plus, Albino and Neff recap the drivers who had an early exit from the Monster Energy NASCAR Cup Series playoffs.

Finally, Tyler Reddick joins the show to discuss his consistency with Richard Childress Racing, whether he’s the NASCAR Xfinity Series championship favorite and much more. On Wednesday, RCR announced Reddick will take over the No. 8 Chevrolet in the Cup Series in 2020.

In a loaded podcast, we are sponsored by Eastern Shore Screen Printing, Delaware’s choice for custom apparel, graphic design and promotional items, located on Route 13 in Felton, Del., next to Auto Action. Stop into their showroom and talk with them about your next great printing project; T-shirts, sweatshirts, hoodies, business cards, signs, banners and more.