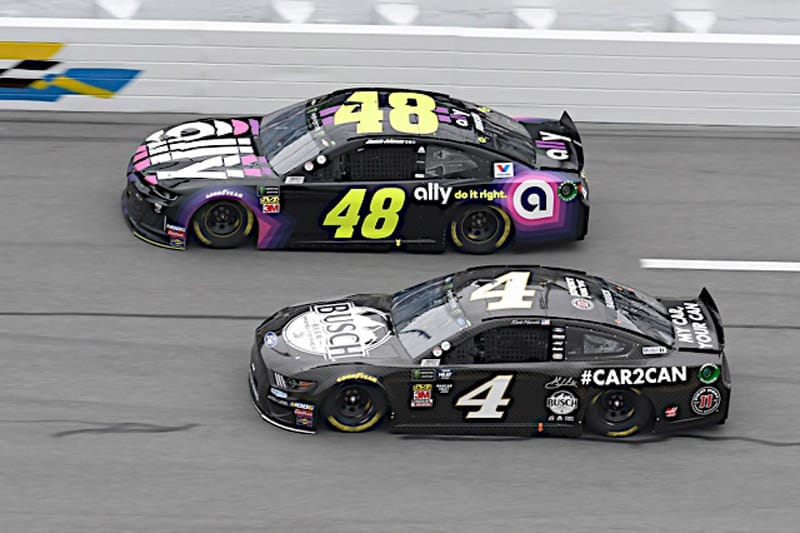 It’s Kyle Busch vs. Kevin Harvick vs. Jimmie Johnson in the battle of the 2010s.

Just seven races remain in this decade of Monster Energy NASCAR Cup Series racing, and three drivers are in contention for the most wins overall during those 10 years.

Entering this weekend’s race at Dover International Speedway, Busch leads the way with 39 total wins since the beginning of the 2010 season. Harvick follows with 37, while Johnson sits third with 36.

It’s an interesting reverse of fortune for Johnson. Entering 2018, he had a nine-win gap on Busch and a 10-win lead over Harvick for the most wins in the ’10s, having come off a three-win season that put him with 36. But then came both Harvick’s and Busch’s eight-win seasons apiece that year, followed by four wins to date for Busch and three for Harvick in 2019. Johnson, of course, has been winless since.

Still, it’s known that, at the very least, the top three in wins this decade in the Cup Series will be these three drivers in some capacity, barring Brad Keselowski winning each of the last seven races.

Of those, both Busch and Harvick have won at least one race in each of the 2010s, while Keselowski and Denny Hamlin have gone winless in just one season each.

As for the rest of 2019, who will pull ahead? Here’s a look at each driver’s records at the final seven tracks:

Which makes things fairly inconclusive. All three drivers have wins at each of the tracks left on the schedule, and while Johnson may lead in overall wins at many of the tracks, one must recall that he hasn’t won at some of the tracks in years, let alone at any Cup race since 2017. Meanwhile, Harvick has a total of four wins at the remaining tracks since the beginning of 2018, while Busch has three.

With a two-win cushion with seven races remaining, the nod probably goes to Busch. But don’t count out Harvick, either, especially with some of his best tracks, like ISM Raceway and Homestead-Miami Speedway, on the horizon.