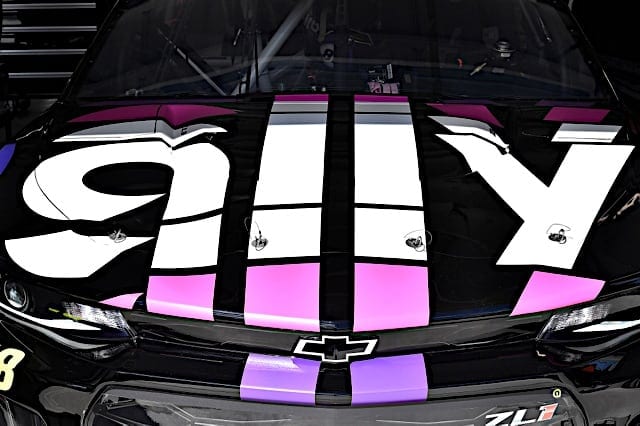 After less than one calendar year of being the primary sponsor for the No. 48 Chevrolet, Hendrick Motorsports announced Ally Financial has extended its full-season primary sponsorship through 2023.

Initially, Ally was set to be a full-season primary sponsor for HMS for two seasons, with Jimmie Johnson as its driver, also signed through 2020. He will announce his plans at a later date, noting, “I want every day that I can,” in terms of making a decision on his future.

“The energy Ally has brought to the No. 48 team, Hendrick Motorsports and the sport of NASCAR is contagious,” Johnson said in a team press release. “They have embraced our fans, activated their program in unique ways and supported me at every turn, from racing my No. 48 car every week to running the Boston Marathon. It’s a true bond – not just a business transaction. We care about each other’s success. I’m proud to be associated with Ally and can’t wait to see what they do in the future.”

Johnson, 44, has scored three top-five finishes, 10 top 10s and one pole in his first season with Ally sponsorship. However, it was the first time the seven-time champion has missed the playoffs since its inception in 2004.

But for Ally, it was a no-brainer to come back.

“Our first year with Jimmie and the team at Hendrick Motorsports has been phenomenal,” Andrea Brimmer, Ally’s chief marketing and public relations officer, said. “Jimmie’s the ultimate competitor, and Ally is proud to support him and the rest of the No. 48 team. We are thrilled to extend our contract and build on the incredible momentum we’ve established.”

The announcement comes on the heels of racing at Dover International Speedway this weekend, a place Johnson at which has been triumphant 11 times.

Johnson will announce he is retiring after next season so he can have a farewell tour with all the accolades that he expects and get a cushy job for Mr. H. I can’t see him sticking around for embarrassing years like Petty and Waltrip.

I agree with you except for the HMS job . Jimmie is set for life, so I see him leaving Nascar to see his daughters grow up and take cushy jobs doing commercials.

Can anyone see Johnson staying around four more years, through 2023?
For what it’s worth he’d be 48, literally.
I just can’t see that, especially if he doesn’t break that losing streak soon.