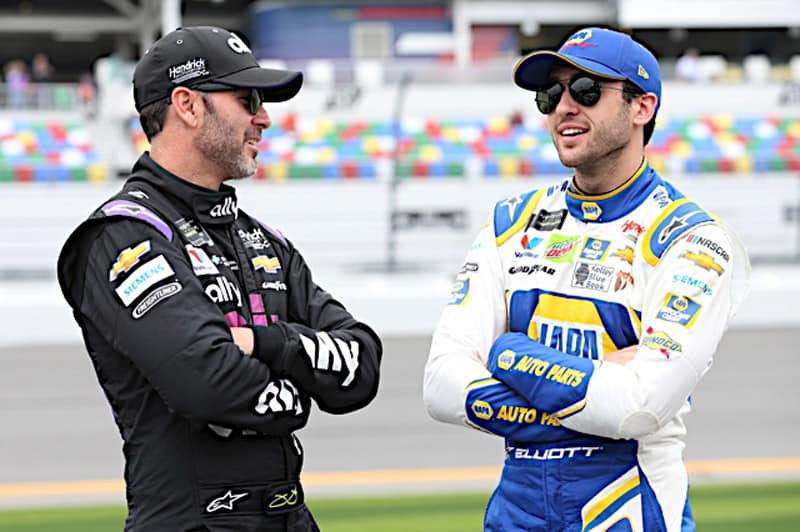 The stars of the Monster Energy NASCAR Cup Series head to Dover, Del., this weekend for the Drydene 400 at Dover International Speedway. The playoffs are heating up, as this race marks the start of the Round of 12. Catch the race on NBCSN on Sunday, Oct. 6, at 2:30 p.m. ET.

Dover — appropriately nicknamed “The Monster Mile” — is one of the most physically-demanding tracks on the NASCAR circuit. Winning at this concrete mile is a sign that a driver is one of the best, as a Cup champion has won all but one of the past 21 events there.

Since NASCAR started having playoffs in 2004, a playoff driver has won every single fall Dover race. So when filling out your daily fantasy lineup, pay attention to what drivers are in the Round of 12 and still competing for the title. Granted, there is one driver to watch who should be an exception to this rule (see below).

Also, with only 0.1 points awarded for each lap led by a driver, the need for a dominator is less important when building a winning lineup. The 400-lap race will have a total of 40.0 points up for grabs in this category. Take note when building your roster and focus on mid-pack competitors who can climb up toward the front on race day.

Here are a few drivers to keep an eye on for Sunday afternoon’s race….

Truex is a good pick everywhere, but the New Jersey native seems to step it up a notch even higher at his home tracks. He won his first career race at Dover in 2007 and also won there this spring.

In the past 11 Dover races, Truex has only finished outside of the top 10 twice, and his lowest finish during that span was 15th. In the past nine races, he’s led 47 or more laps on six occasions. With six wins already in 2019 — the most among all drivers, Truex should be a lock for lineups. He’s worth blowing most of your budget on.

Fresh off a win at the Charlotte Motor Speedway ROVAL this past weekend, Elliott has a full head of steam coming into Dover. Not to mention, The Monster Mile is one of Elliott’s best tracks.

Elliott won this race one year ago and has the best average finish among active drivers. He already has as many top fives as Truex in 20 less starts. Elliott has only finished outside the top five once at the track: 12th in the spring of 2018. He’s completed every lap in every Dover race he’s ran, and Elliott has led laps in three of the past four events there. He led 145 laps in the spring race this year from the pole.

With Elliott battling hard to advance past the Round of 12, there may not be a better driver to have in your lineup.

Bowyer is coming off of a fourth-place finish at the Charlotte ROVAL and five top 10s in the past six races. He’s also fairly consistent at Dover, tying Truex for the fourth most top 10s among active drivers. Three of those top 10s came in the past four Dover races, including a second place in the spring of 2018, when he led 40 laps.

His average starting position at Dover is a 17.3 — four positions lower than his average finishing position, meaning Bowyer is usually good for positions-gained points at the track. The No. 14 team have to step up their performance to move on to the Round of 8, and given Bowyer’s recent momentum, it’s a pretty safe bet that he will.

Johnson is the exception to the rule of picking playoff drivers this weekend, simply because he is the greatest of all time at Dover. He has more wins than anyone in the track’s 50-year history. His 11 victories are four more than Bobby Allison and Richard Petty, who are tied for second with seven wins. Johnson has more wins at Dover than most of the drivers in the field have top 10s there.

The seven-time Cup champion has also led the most laps all time at the track, leading more than 300 more than second-best Allison. He has the fourth best average finish among active drivers. Johnson’s most recent Cup win came in the spring 2017 Dover race, and despite not being in the playoffs, he will be hard-pressed to break his winless streak there. Given his track record and his low price, why not start Johnson in your lineup?

Almirola was in the playoffs, but just missed out on making the Round of 12 this past weekend at Charlotte. Still, he’s good enough at Dover that he might provide the best bang for your buck this week.

All of Almirola’s Dover top fives and top 10s came when he drove the No. 43 for Richard Petty Motorsports. His Stewart-Haas Racing No. 10 is a much faster racecar, so he should be even more of a threat there now. Almirola has finished 16th or better in his three Dover races for SHR so far, and he should have won this race one year ago. He lost the lead on lap 394 of the scheduled 400 and wrecked trying to get the lead back on a restart a few laps later, relegating him to 13th place.

With the SHR cars getting faster late in the year, expect Almirola to be a threat yet again this time. You won’t find a better pick at his price range.