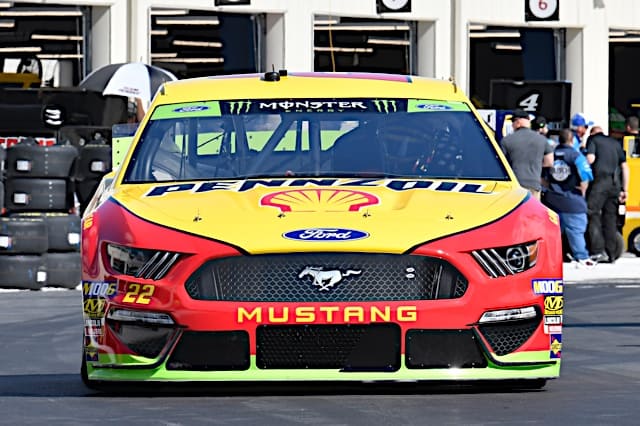 In the first session, Logano had the top speed of 163.221 mph. William Byron was second, followed by Jimmie Johnson, Ryan Blaney and Paul Menard.

Martin Truex Jr., who won at Dover in the spring, was 12th quick with last week’s winner, Chase Elliott, right behind him in 13th.

There were no incidents in the first session.

In the second session, it was Larson who had the top speed of 162.705 mph. Truex was second, followed by Kevin Harvick, Brad Keselowski and Elliott.

Logano was 23rd fastest in the final session of the day.

Qualifying is scheduled for tomorrow at 1:35 p.m. ET on NBC Sports Network