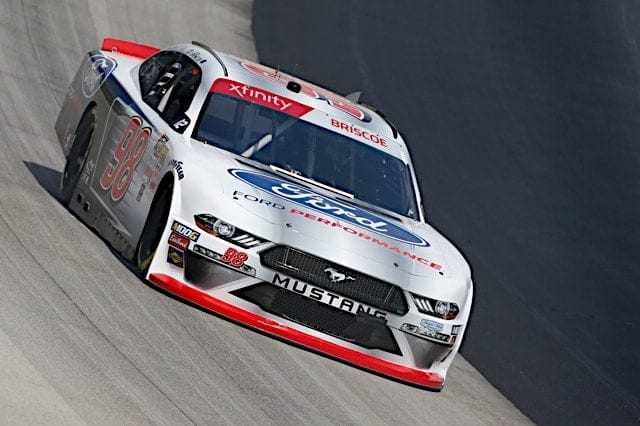 Chase Briscoe was the fastest driver in qualifying for the NASCAR Xfinity Series’ Use Your Melon Drive Sober 200 at Dover International Speedway, but electoral problems may force the playoff driver to give up the pole.

Following Briscoe’s qualifying lap, the rookie came back to the pits complaining about the car “skipping” during the lap. As of press time, the team and NASCAR are attempting to diagnose the issue.

If the team has to wheel the Ford back to the garage, Austin Cindric will inherit the pole after qualifying second. Cole Custer ended up third.

Tyler Reddick qualified fourth after almost wrecking the car multiple times during his lap. The car was incredibly loose, and couldn’t go into the turns without almost spinning out. Harrison Burton, making another start in NXS for Joe Gibbs Racing, will start fifth.

The green flag is set to fly at roughly 3:15 p.m. ET. Bell has won the past two races at the Monster Mile.