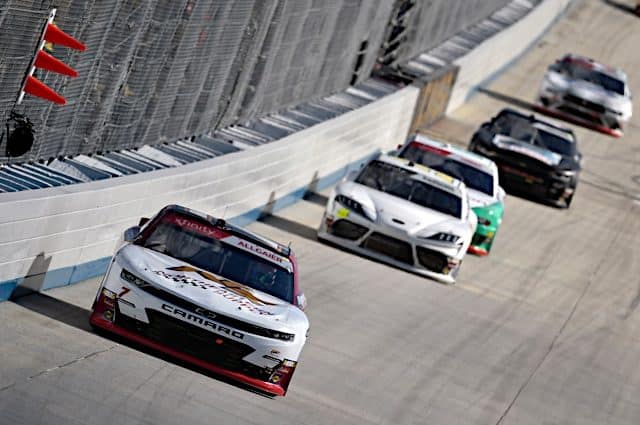 Despite leading 67 laps and having the dominant car for most of the Use Your Melon Drive Sober 200 at Dover International Speedway (Oct. 5), Justin Allgaier came up on spot short. Again.

The runner-up result is Allgaier’s fourth such finish this season and second at Dover in as many races in 2019. The No. 7 team seemed to be in prime position to earn its first checkered flag of the year, until a caution came out erasing the advantage he had from pitting under green.

“On even tires I think we beat him all day long,” Allgaier said of eventual race winner Cole Custer. “Just unfortunately short pitted and thought we were playing the right strategy. In all reality, I still think it’s the right strategy. Those guys went way way further than what we anticipated and we would’ve run out at. For us, it didn’t matter either way […] disappointing day, but seems like it’s the story of our season. Just can’t catch a break.”

Confidence-wise, Allgaier is feeling good about his No. 7 JR Motorsports team. With 13 straight top-10 finishes, seven top fives in his last 12 (fifth in a row), they’re running as well as they have all year long.

“Today, we executed well,” he said. “Did everything right, we did a great job on pit road, one stop we got a little behind, but the guys rallied. And when it came down to the next stop, it was a lights out stop. We gained a lot of time on that green flag pit stop.

“That’s probably the hardest part to swallow, is how good we did on the green flag pit stop and then really have nothing to show for it. Lot of confidence, our program has definitely been on an uptick, we’ve done a lot better on 1.5-milers, short tracks, and today I felt like we executed well, drove to the front, and did what we needed to do. Just the circumstances didn’t work out in our favor.”

Allgaier clinched his berth into the Round of 8 during the event by virtue of winning both stages one and two, but thinks the competition will begin to close up as the playoff field shrinks.

“I think the next round is going to tighten up a bit more,” he said. “All the competitors have shown they’ve got speed, we’ve had a lot of guys today that finished really well that had really good speed. It’s a matter of no mulligans, no mistakes, too many of these guys have made mistakes and it’s cost them in the first round. We’re going to need them to do that again in the second round.”

Finishing second and being disappointed in that speaks volumes for where Allgaier’s head is at in this point in time.

“We were the best car and we’d have the lead if everything shakes out, that’s the frustrating part,” he said. “The best car doesn’t always win the race. To have a really good car like that, you try to maximize it and today unfortunately we weren’t able to maximize it.”

He pointed to Las Vegas (finished fifth) as a good indication of the No. 7 teams speed at intermediate tracks coming up, as the Round of 8 has events at Kansas, Texas and ISM (Phoenix).

“After today, I’m really looking forward to Phoenix,” he said with a smile. “I feel like we’re very comparable to where we are here.”

Not having playoff points to rely on this year has made Allgaier reflect on how they handled the 2018 postseason, and appreciate the grind a bit more.

“I look at last year and realize how much we failed,” he said. “It’s not anybody’s fault, just the circumstances we have last year. I feel like we’ve done a way better job managing the playoffs this year, executing week in and week out.”

The next Xfinity Series event will take place on Saturday, October 19 at Kansas Speedway.

Davey joined the site prior to the 2017 season and currently serves as a multimedia editor and reporter. He authors the bi-weekly column "Fire on Fridays" and spearheads Frontstretchs video content. He's covered the ARCA Menards Series East and West extensively for NASCAR.com and currently serves as a production assistant for NBC Sports Washington.
@DaveyCenter
Previous Michael Annett’s Breakout Season Continues, Advances to Round of 8
Next Chandler Smith Benefits from Rain, Wins Herr’s Potato Chips 200 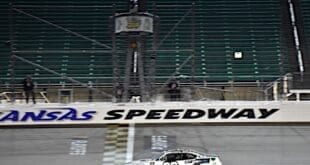 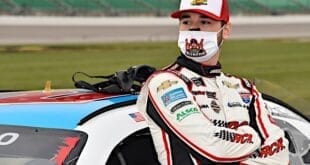