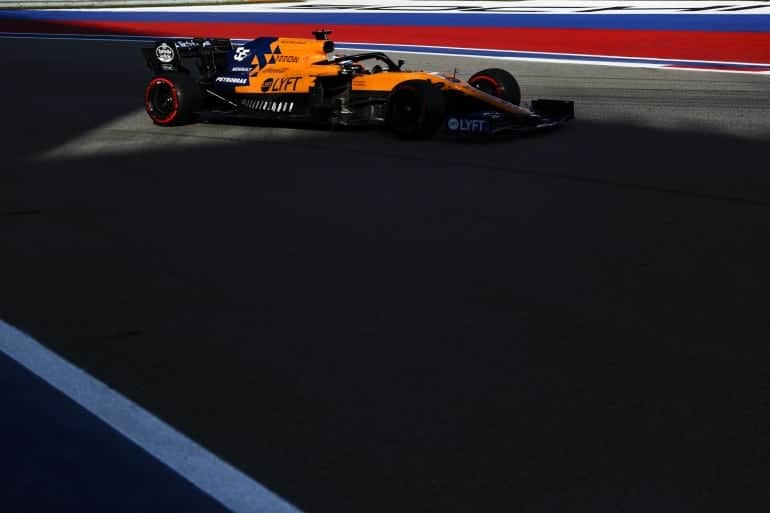 We start off this week’s F1 Midweek with a note about the weather.

This coming weekend, Formula 1 returns to Suzuka, Japan for the Japanese Grand Prix.  There is, however, another visitor heading for the country, which would be super typhoon Hagibis. While rain usually makes F1 races more interesting, a typhoon is a bit of a different story.  The last typhoon to affect an F1 race also came in Japan in 2014, and that story went poorly – and that’s an understatement.

Rains pounded the 2014 Japanese GP, creating miserable track conditions and also the circumstances that brought about Jules Bianchi crashing his car into a track crane, an accident that would claim his life during the next calendar year.  That incident had been a catalyst for a number of measures in F1.

In fact, Bianchi’s collision may be the most significant that brought about the Halo.  Though its aesthetic appeal has been debated, the sense of safety it provides is vital and one might be about to argue that had Bianchi been driving a car with a Halo that he might still be driving.

But the Halo, of course, has been met with cynicism at times, with its framing surrounding the driver appearing to act as a cage, pushing F1 just one step closer to being a race of normal closed-cockpit cars.  Safety, however, should always be a paramount concern and thus far the Halo has proved to be a solid addition.

Typhoon Hagibis is set to work its way into Japan and near Suzuka just in time for qualifying and the race.  Of course, F1 has announced that at this moment they are proceeding as usual – which is how every big sporting enterprise would deal with the situation … all while chewing their fingernails, freaking out, and making every possible contingency plan.

It is, after all, also at the Suzuka track where qualifying was rained out in 2010 and took place the morning of the race rather than the customary day before.

What the typhoon threat means is that the teams are already planning for the conditions, which could make for some stellar racing – when the event occurs.  That may be optimistic from a fan’s perspective, but the thing that really ought to be considered is how Japan will fare.

Will the people there be OK?  Will roads be usable? Will safety be an issue outside of the track?  How bad is the storm going to hit? These are all bigger concerns than whether or not a race will be held and who will win.  Fingers crossed as things get ready to roll though.

McLaren announced before the last race, the Russian GP, that they would be moving from Renault power units to Mercedes beginning in the 2021 season.  The timing seemed to come at a peculiar moment, as not only are there four races left in this year, but they still have to get through the 2020 season with Renault.

The lame-duck years between racing teams and their supplier have not always gone well.  The most notable example of such an acrimonious and awkward split came with Red Bull and Renault in 2018.  Both parties had begun snipping at each other in the press and there’s enough evidence to believe that the less public communiques were more harsh.  As Red Bull under-performed and their sister organization, Toro Rosso, looked to be making a comfortable switch to Honda, the divorce could not come more quickly.

McLaren has yet to find their place battling the top three teams, so they might not be as publicly vitriolic should they have a few things go awry next year. However, Cyril Abiteboul, the managing director of Renault, has already stated that losing McLaren is a missed opportunity.

Rather than the two teams working hand in hand, and seeking to move up the grid, ostensibly together, Renault will go back to being a works team that has no one to share their data, while McLaren will become one of three teams already getting their engines from Mercedes, the other two being Racing Point and Williams.

And yet Toto Wolf, the head honcho over at Mercedes, is already indicating that he sees McLaren as a probable threat at the front.  Such a statement should raise some eyebrows, but as of yet, there is no reason to be concerned. That does not mean that the relationship could not go sour rather quickly.

Red Bull come into Japan with a bit to prove.  It’s not that Max Verstappen and Alex Albon have been flailing and that the team looks like one in turmoil.  The problem, rather, is that they just look, well, decent. And visiting the home of their engine supplier should be a cause for jubilation and high expectations, but that does not seem to be the case as they have been clearly outed as the third-best team in the paddock.

At one point, Red Bull looked like they were hanging tough with Ferrari and Mercedes. But since the summer break, they have struggled to keep up.

When McLaren was using Honda power units, the visit to Suzuka often seemed like a depressing one, an exercise in hope with no results to be seen.  Red Bull can at least give a better showing than McLaren had done, but the race will likely be another reminder that the team is close but still finding it difficult to keep up.