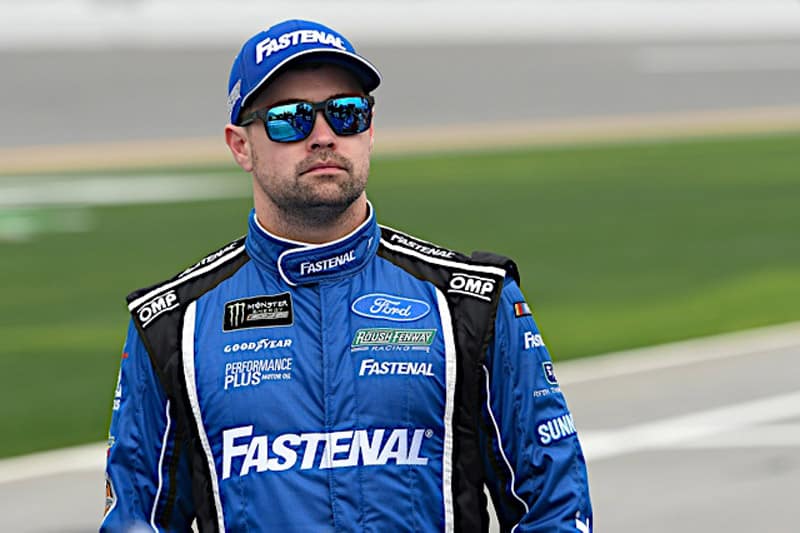 Good luck this week filling out your daily fantasy lineup this week for the Monster Energy NASCAR Cup Series race at Talladega Superspeedway — you’re going to need all the luck you can get.

Talladega is always one of the biggest unknowns on the Cup schedule, as the 2.66-mile superspeedway is known for producing rare winners. In this race one year ago, Aric Almirola won his only Cup race in the past five years.

Talladega also has a knack for producing the Big One, the wreck of all wrecks that usually leaves the numerous cars crippled and/or out. You can have a driver in your lineup lead the entire race only to get caught up in a wreck late and end up with a poor result — that’s why luck is a huge factor at Talladega.

Despite Talladega being known as a crapshoot by some, there are certain drivers who excel at superspeedways and should be considered for your lineup. These drivers always find themselves at the front, and if they can dodge the Big One, then they’ll be a major player for the win.

Keselowski has the most Talladega wins among active drivers and is fourth all time. His first career win came at the track in spring 2009, and he’s had a knack for running up front there ever since. He’s led laps in 17 of his 21 starts there and led as many as 90 laps in fall 2016 before his engine expired.

Since the elimination-style playoffs started in 2014, Keselowski has step up his game even more in the Talladega playoff race. He won this race in 2014 and 2017 to punch his ticket for the next round. Keselowski has been in a bit of a slump of late — he hasn’t won since May — and there is no better track for him to snap out of it and win than Talladega this Sunday.

Elliott is the most recent winner at Talladega, winning the spring race earlier this year. That’s been the only race at the Alabama track so far with the current taper-spacer package instead of restrictor plates, so so far, Elliott is the guy to beat in that package. He led 45 laps in that race and has led 26 or more laps on two other occasions.

The Georgia native has the fourth-best average finish among active drivers at the track and second best among active drivers with more than one start. Due to an engine failure last week, Elliott needs to dig himself out of a hole to move on in the playoffs. Expect him to have a good day at Talladega to get him right back in the championship race.

Busch is perhaps the best superspeedway racer to have never won at Talladega. He’s pushed other drivers to wins, but has never taken the checkered flag himself, so he is certainly due a win there. Busch has led in 27 of his 37 starts at the track.

The 2004 Cup champion likely should have won two of the past four superspeedway races. In this race last year, he led 108 laps and was the car to beat all day, but NASCAR ran an excessive amount of caution laps in overtime, running Busch out of fuel. Last July at Daytona International Speedway, Busch was leading, and just after he gave up the lead by pitting, lightning struck and NASCAR called the race. Busch was furious on both occasions, and those two instances could motivate him to finally get that elusive Talladega win.

Despite being known for being maybe a little too aggressive on superspeedways, Stenhouse consistently finishes well. He has the best average finish among active drivers with more than one start at Talladega and won there in May 2017. He’s finished in the top five in four of the past six Talladega races. He was a factor in the other two but got caught up in crashes.

Stenhouse has led laps in all but two of his Talladega starts. His average starting position is 13th, so he usually scores positions-gained points. Stenhouse recently found out that Roush Fenway Racing is letting him go at the end of the year, so he’ll be looking to prove him this Sunday. This race will likely be Stenhouse’s last shot at winning in 2019, so expect that aggression to rise and him to deliver.

Like Stenhouse, both of Ragan’s two career Cup wins came on superspeedways. Ragan’s lone Talladega win came in spring 2013 as part of a span where he posted four straight top 10s there. He finished poorly in the past two Talladega races, but had three straight top 10s before that. He’s the lowest priced of all the former Talladega winners, so Ragan might give the best bang for your buck this week.

Ragan’s average starting position at the track is 21.8, so he usually earns positions-gained points. He is retiring from full-time competition at the end of 2019, so this is realistically Ragan’s last shot at more Talladega glory. With nothing to lose, expect another great result should he avoid the Big One. Putting him in your lineup has tremendous upside, but most importantly, it’ll allow you to afford more of the top-priced drivers.