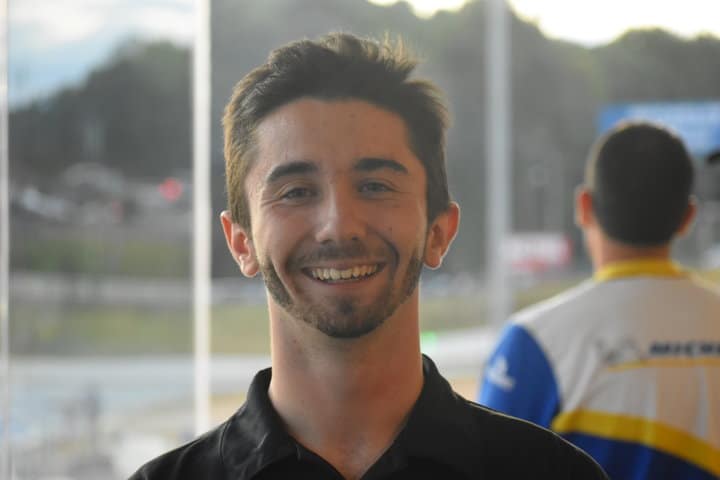 When IMSA announced the splitting of the Prototype class up into two classes – DPi and LMP2 — for 2019, the thought was you’d have two healthy classes of cars duking it out. That was not the case, as only two LMP2 cars contested the full season.

PR1 Mathaisen Motorsports brought in 21-year old Gabriel Aubry to contest the four Michelin Endurance Cup races along full-timer Matt McMurry and a revolving group of drivers to fill the third seat. It’s been an eye-opening experience for the French racer.

In four starts in PR1 Mathiasen Motorsports’ No. 52 ORECA 07-Gibson, Aubry claimed victories at Watkins Glen and Road Atlanta.  Road Atlanta on Saturday was a curious case. The race was effectively over in the second hour when the Performance Tech Motorsports entry crashed out. The team ultimately retired in the fifth hour with a rear suspension failure, resulting in a rare instance in which no teams in the class finished.

Thanks to EVERYONE in this amazing team: crew, drivers, sponsors… You all made it possible! Also thanks to our incredible @IMSA racing family! ?? #GoPR1Motorsports ?? pic.twitter.com/FyPZKB1Shs

That said, Aubry was a standout in Georgia. He was the fastest LMP2 driver in all four practice sessions this weekend and all but couldn’t be touched for pace.

For now, Aubry only has a couple of commitments for the remainder of the year. First is a four-day Goodyear tire test at Sebring International Raceway next week with Jackie Chan DC Racing. Goodyear owns Dunlop and replaced the brand in the WEC starting at Silverstone in August. Beyond that, he is scheduled to race in FIA World Endurance Championship races at Shanghai Circuit in China and Bahrain International Circuit.

Despite the fact that the WEC switched to a “winter-based” schedule starting with the 2018-19 “Superseason,” a number of teams still have driver contacts restricted to specific calendar years.  ubry’s deal with Jackie Chan DC Racing is one of those deals. For example, Jackie Chan DC Racing started the 2018-19 season with an all-Malaysian driver lineup in the No. 37 (Jazeman Jaafar, Nabil Jeffri and Weiron Tan). They all ended up getting replaced at the end of 2018 despite three races still remaining on the schedule.

As a result, Aubry will be a free agent after the 8 Hours of Bahrain in mid-December. He makes no secret about what he’d like to drive.

Getting in position to snag a DPi ride is not going to be easy as contraction in the DPi field seems likely for 2020. CORE autosport is dropping out of DPi due to Jon Bennett‘s retirement as a driver (the team’s factory-backed GT Le Mans effort remains unchanged).  Action Express Racing recently noted that it is only going to run one full-time car in 2020 due to financial constraints.

Aubry is currently rated as a Silver driver.  That opens up a number of opportunities for the young racer.  Assuming that the rating doesn’t change, someone of Aubry’s skill will be in demand.

If a coveted DPi ride doesn’t become available, Aubry could end back in LMP2, which will have a much bigger grid in 2020. The shortened schedule of only six point races will allow teams to enter at a lower price point. Were he to go the GT route, he would have a number of teams in need of his services both here in the United States and overseas.

Regardless, Aubry is very pleased to have had the opportunity to race with PR1 Mathiasen Motorsports in 2019. It was a step in a direction that he knew he wanted to take and it was everything that he hoped it could be.