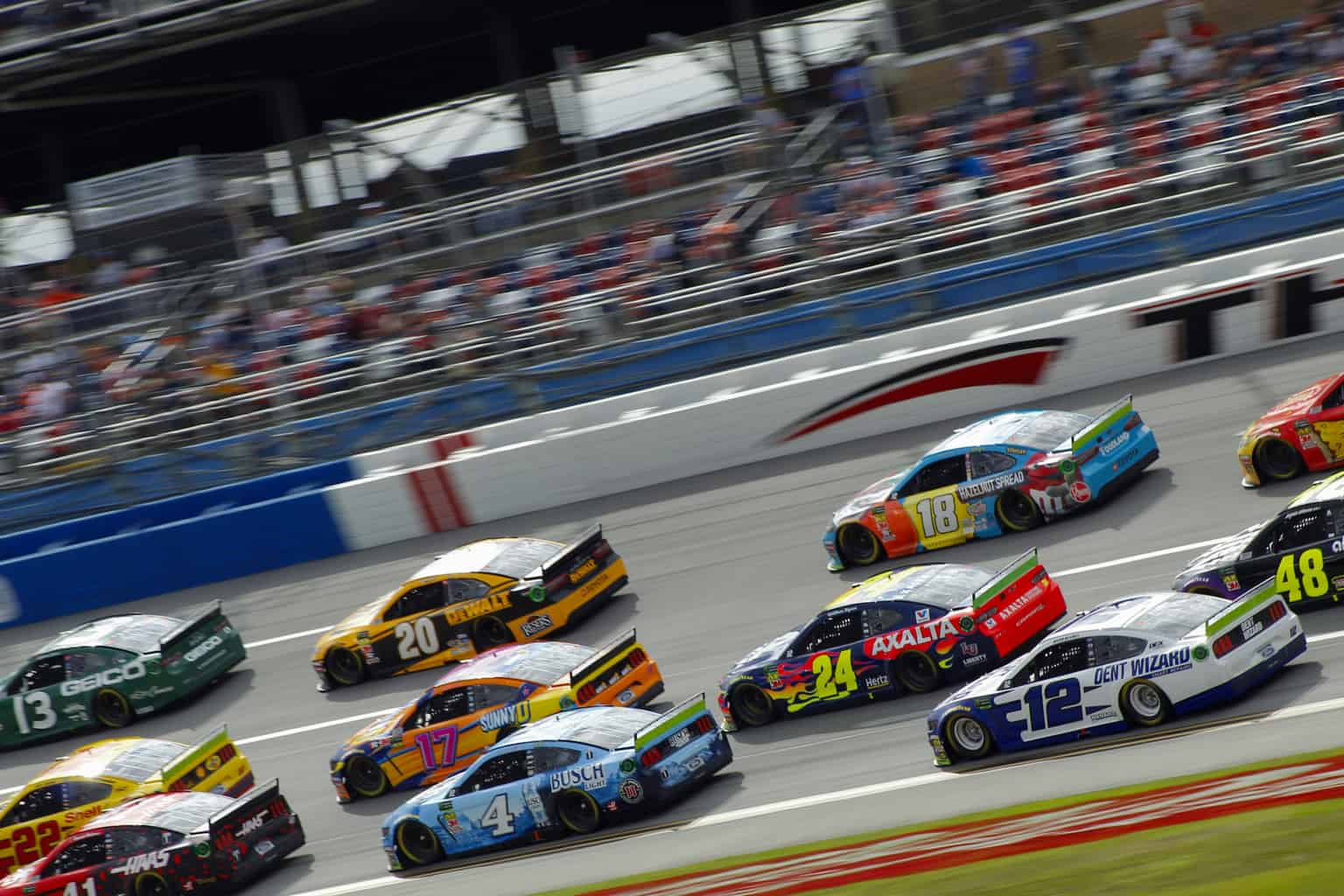 For the past few years, the argument of NASCAR heading in the direction of entertainment rather than pure racing has been met with mixed emotions. It’s the traditionalists clashing with the newer fans.

I’ve opted to stop complaining about it and embrace it. I’m not letting go of the sport.

It’s changing, and change is inevitable. But as the old saying goes, “race fans hate two things: change and the way things are.”

Some might argue that this past Sunday (and Monday) at Talladega Superspeedway in the Monster Energy NASCAR Cup Series wasn’t racing as much as it was entertainment, just as Kelly Crandall wrote at the Charlotte Motor Speedway ROVAL earlier these playoffs.

I for one was on the edge of my seat and enjoyed every second (besides the rain, of course) of the 1000Bulbs.com 500. Wrecks, three-wide action, photo finish and all.

In contrast from many’s viewpoints, I’m all for cautions and wrecks. The main reason for that is because of what it produces: restarts.

Specifically with this package, restarts are everything. It’s where track position is made up or lost, it’s where close quarters racing happens from not just first to 10th, but first to 25th. Restarts bring the action. Always have, always will.

But Talladega is different. Seeing Brendan Gaughan flip in the third Big One gave me a couple different emotions. Nervous? Hell yeah, whenever a driver is involved in any crash whatsoever, you’re worried. Amplify that by going 200 mph and flipping upside down for goodness’ sake, and that’s an increased risk for injury.

But selfishly, I was also incredibly amazed. The fact that a 3,500-lb. stock car traveling upward of 200 mph can still find a way to flip is… well, amazing.

I was watching the race at work with some friends who have given NASCAR a shot before, but never really a fair shake. I told them that Talladega was happening, and of course, they started shouting out Ricky Bobby references (everybody’s been there).

But they started watching, I started explaining how the draft works, what makes a car better than another at superspeedways… and then multiple Big Ones happened. They were intrigued, and kept watching.

I can guarantee they wouldn’t have kept watching (or even a regular fan, for that matter) at Dover International Speedway. Sure, bad races will come in spurts. But this past weekend furthermore proved why Talladega is, has been and always will be the ultimate form of entertainment in NASCAR.

Eric Church wrote a damn song about it, OK? The boulevard is legendary for legendary reasons, the backstory of the hallowed grounds the speedway was built on, the sound and feel of the pack coming by, one inch of a wrong turn and disaster striking — everything about it is unique.

And damn entertaining for drivers to compete in and for fans to watch.

Davey, I feel sorry for you. You’re a member of the flock of sheep that NA$CAR is looking for. I’ll bet your friends at work aren’t. You want WWE and not a “race.” You’ll go to a Lady Gaga (one “a” too many) show but not a Pink concert.

So Davey, if I get the jist of your article they should now be called NASCAE(ntertainment). Any of your friends ever been to a demo derby, they would really enjoy it!

They see a demo derby every time they watch an “event” at Daytona or Talladega. There aren’t many who enjoy watching Brian’s product.

Yes everyone loves watching a train wreck but we’re supposed to be watching a race. As I commented in an article earlier in the week, I also find the RP tracks mesmerizing to watch the mayhem with the intensity of knowing a spectacular wreck might occur at any moment. It’s great 4 times a year but I wouldn’t want it to be that way 36 times a year. That would be stupid. The randomness and crapshoot nature would make it pointless to watch. It would be a waste of time because the winner might as well be arbitrarily picked out of a hat.

The fact that restarts are the only time positions change and track position is made up is a flaw of the current state of NASCAR not a desired aspect. It didn’t used to be that way. Drivers could actually race their way to the front. Of course it took many laps to see that unfold and you didn’t get the instant gratification of the action during a restart. There may be people that would watch if they ran 10 laps, then lined them back up, had another restart and then repeated that for 60 minutes (but no more because they have an attention span of a gnat and have no desire to watch something that exceeds that length of time). Of course you’d probably lose more fans than you’d gain because, once again, the novelty would wear out soon enough and you’d get bored with it. Imagine football having every play be a hail Mary pass the end-zone. It would lose it’s appeal fairly quickly.