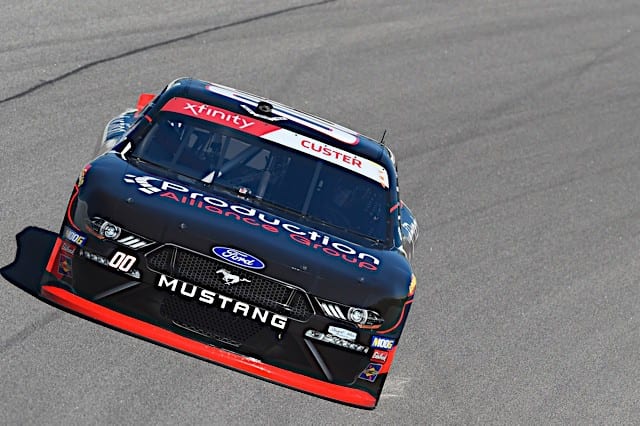 Cole Custer and Tyler Reddick were the fastest drivers in the two NASCAR Xfinity Series practice sessions at Kansas Speedway on Friday (Oct. 18) afternoon for the Kansas Lottery 300.

Austin Cindric struggled with the balance of his car but still turned the sixth-fastest time at 172.491 mph.

Both practices were interrupted with a red flag. The first practice had a red flag with 17 minutes to go for debris. The second practice had some more incidents.

A red flag was displayed when Bobby Dale Earnhardt spun in turn 4 and hit the wall. Earnhardt is driving the No. 66 for MBM Motorsports and is attempting to make his first Xfinity Series race since Texas Motor Speedway last November.

Moments before the Earnhardt red flag, however, Bell roughed up the right side of his Toyota Supra on the exit of turn 4. Later in the session, Chad Finchum lost the rear end of his car off the exit of turn 2, scraped the wall down the backstretch and damaged the right rear of his car.

The Xfinity Series will qualify tomorrow at noon ET on the NBC Sports App, followed by the race at 3:00 p.m. on NBC.