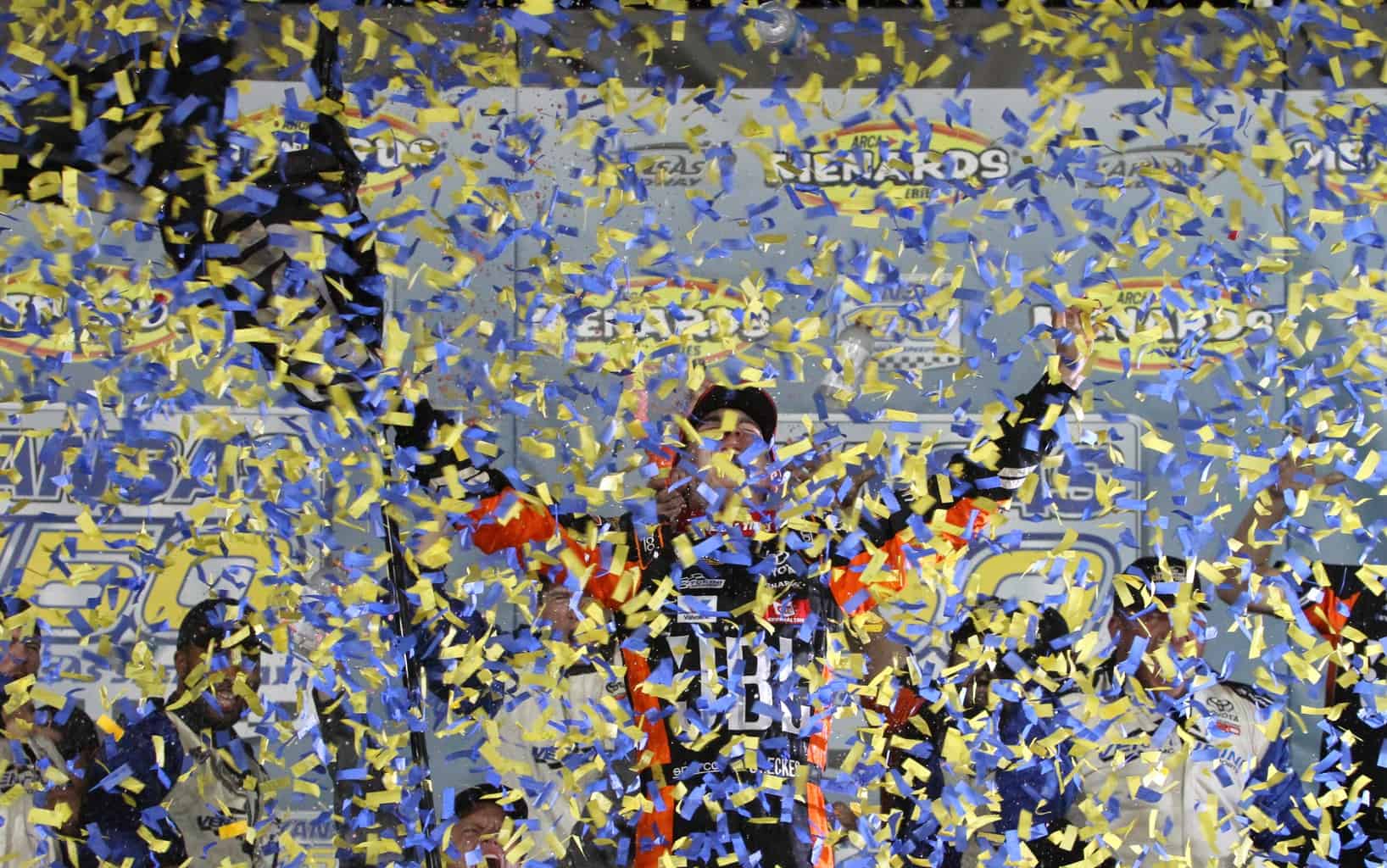 The task at hand was simple for Christian Eckes — beat Michael Self. On the final restart on lap 58 of the ARCA Kansas 150, that is exactly what Eckes did as he and Self battled side-by-side through turns 1 and 2 and down the backstretch before the 18-year-old Eckes prevailed and drove his way to victory and the ARCA Menard’s Series title.

Much like his season has gone since April, Eckes faced an uphill battle, which began before the start of the race. The engine on his No. 15 JBL Audio Toyota expired in qualifying. His Venturini Motorsports team went to work replacing it, but he had to start at the back of the pack.

Self found his way around Gray in turn 3 on the first lap of the race. That gave Self five bonus points for leading a lap as he slowly pulled away from the field.

Eckes was in the top 10, running ninth by lap 3. On lap 40, Drew Dollar ran high into turn 3 and hit the wall, bringing out the caution. Self had received no challenges for the lead, and Eckes had made his way up to fourth. The caution would bunch up the field, erasing Self’s 2.5-second lead, and bring the leaders down pit road for tires and fuel.

Self and Eckes would come out first and second, respectively. On the lap 47 restart, Self jumped out multiple car lengths, bringing Travis Braden with him. Eckes had fallen to third but passed Braden on lap 50. Self captured an extra five bonus points for clinching the most laps led after leading lap 51, narrowing his deficit to Eckes to five points.

A second caution on lap 53 for a Tim Richmond spin, gave Eckes a second attempt to pass Self on the restart.

The race restarted on lap 58, and Eckes remained side-by-side with Self until turn 3, where Self, who was on the inside, couldn’t hold his position and drifted backward. Eckes slowly began to extend his lead, which he never relinquished.

Self would mount a last-minute charge after finding speed in the high groove with 12 laps to go, but it was too late.

“(Eckes) got a better restart than we did,” Self said after the race. “Clean air is everything on these mile-and-a-halfs and we didn’t have it.”

Eckes’ victory was his fourth of the year — three of which came in the final seven races — and 25 points ahead of Self in the final standings.

“I knew we had a fast race car. We got the lead there and drove away.”