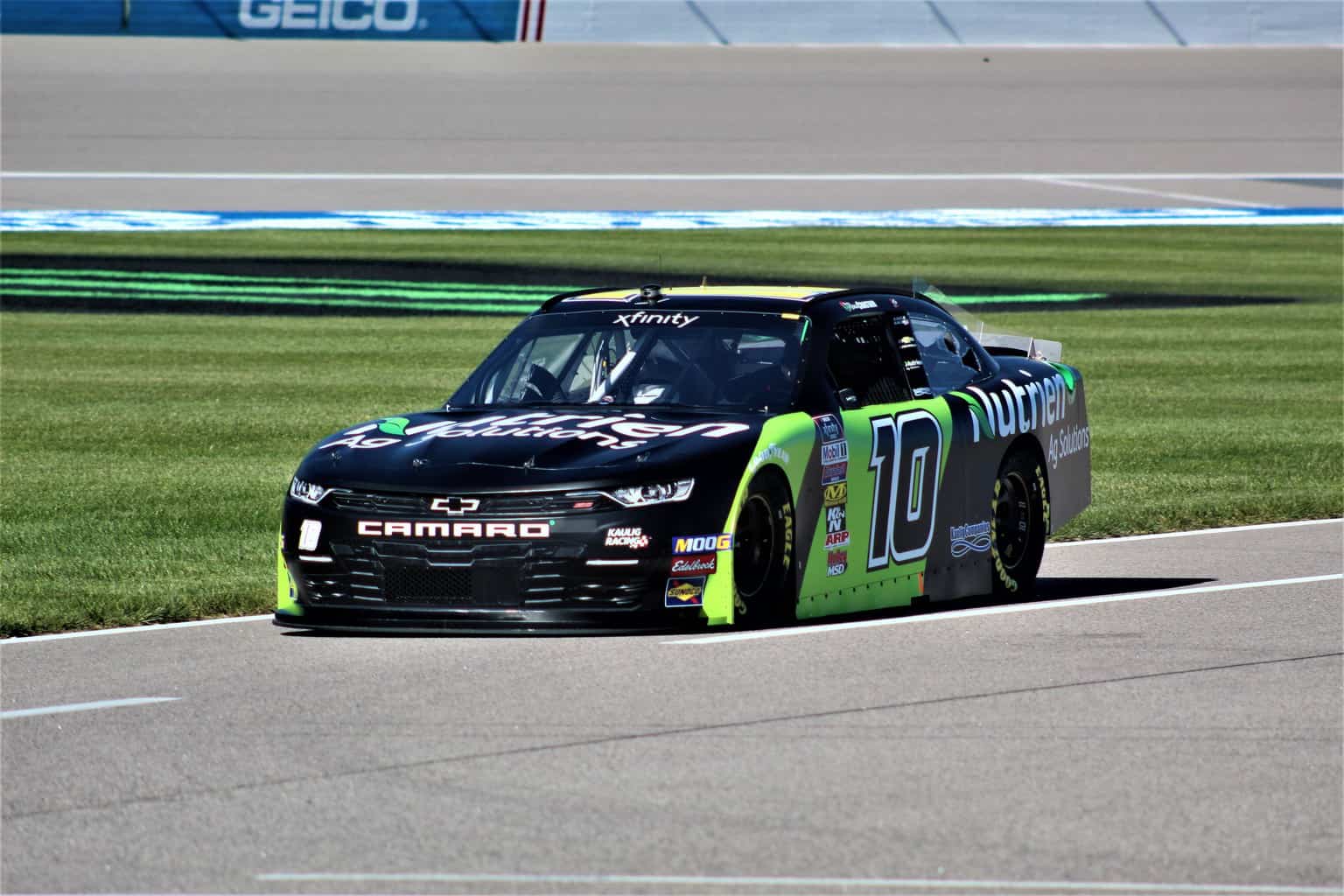 In just two days’ time, Kaulig Racing went from the highest of highs to the lowest of lows.

“I feel more confident than I ever have,” Chastain said at Kansas Speedway Friday. “Nutrien Ag Solutions started as a three-race sponsor for me and two more with Elliott Sadler. Then that went to seven total this year and now we’re going to 23.

“Chris Rice and Matt Kaulig are investing in this team. They came into this series and I don’t think a lot of people knew what to think, but they’re here and they’re investing. Stuff like the terrible thing that happened a few days ago doesn’t slow them down. We’re here for the long haul.”

The following evening, Kaulig announced via a statement from team president Chris Rice, that its No. 10 hauler had been involved in an accident that included injuries as the rig traveled to Kansas Speedway for this weekend’s race. According to FOX Carolina, the North Carolina Highway Patrol said the driver suffered a medical issue, which caused the hauler to leave the road and crash through a guardrail. It then rolled down an embankment before coming to rest in the woods.

A statement from team president Chris Rice with additional information to come. pic.twitter.com/wXdyunyMkJ

The following morning, the team issued a statement that both hauler drivers had been released from the hospital and were recovering at home.

Despite the incident, there was “never [a] consideration” of not fielding two cars for Saturday’s Xfinity race. Instead, the team got help from Richard Childress Racing, which transported the No. 10 that was prepared for Texas Motor Speedway  race in two weeks to Kansas, along with tools to work with throughout the weekend.

At this point, there are more questions than answers as to just how much damage the team suffered in the hauler crash, though the images of the accident are quite sobering.

Another picture from the Kaulig Racing hauler accident pic.twitter.com/d3H3qxKta2

“We haven’t assessed everything yet, so I don’t know what we can salvage and what we can’t salvage,” Rice explained Friday from Kansas. “Our main concern is that our drivers were OK and everything is good there.”

For Rice, answering his phone lately has meant the delivery of bad news. In July, a phone call brought the news that Haley’s crew chief Nick Harrison had died suddenly and unexpectedly. So when his phone started ringing off the hook Wednesday, he knew something was wrong.

“I picked up the phone and the (No.) 10 truck had wrecked,” Rice said. “I don’t even know how to state it other than it takes your gut because this is something the day Matt Kaulig and Blake Koch talked to me about doing this, I put my heart and soul in.”

Despite the setback the team faced in getting the No. 10 on the track, Chastain was third and seventh in the pair of practices Friday at Kansas. Qualifying for the Kansas Lottery 300 will run Saturday at 12:05 p.m. ET, while the race is scheduled for 3 p.m. ET with coverage on NBCSN.