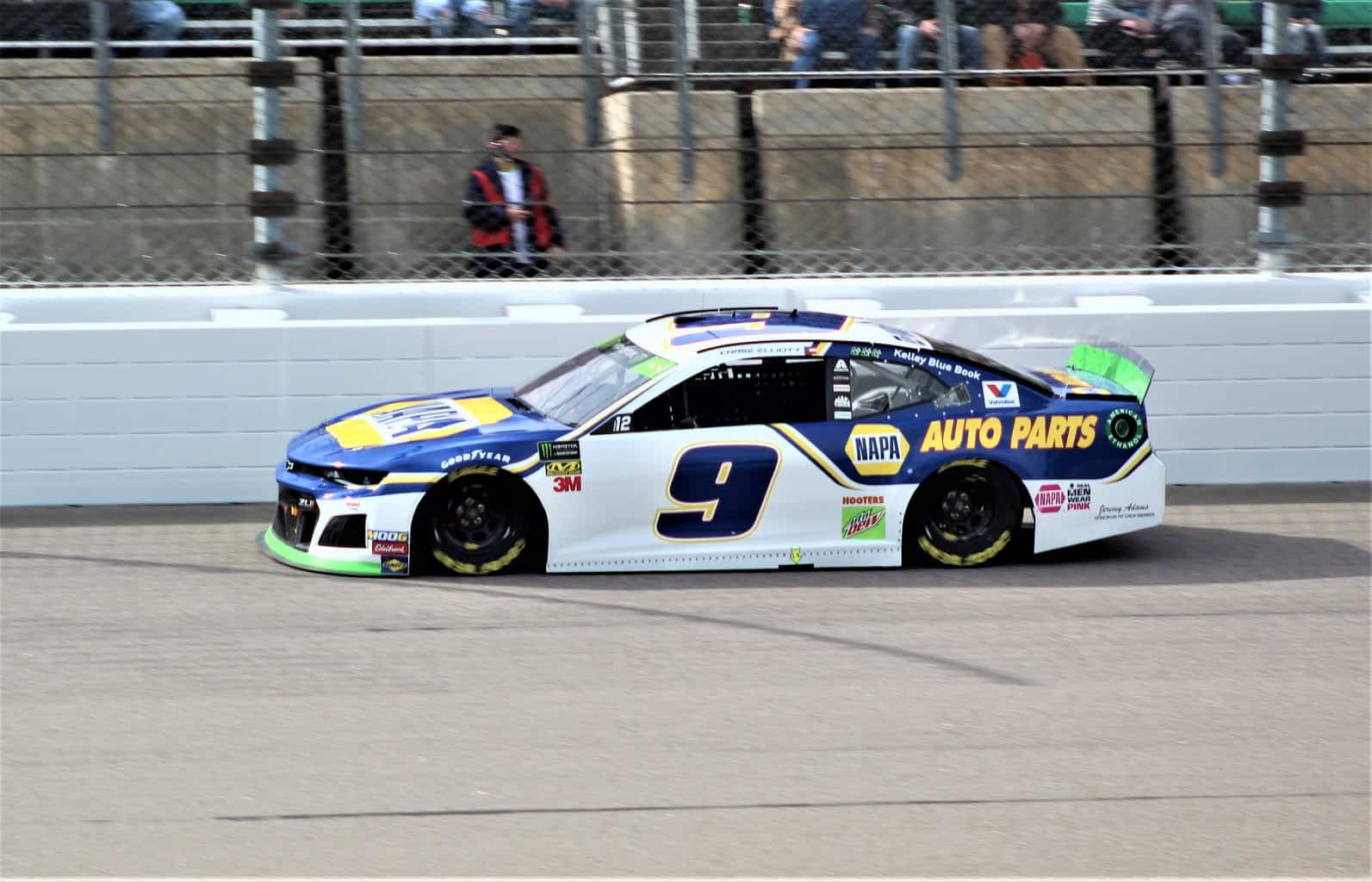 When Chase Elliott and Brad Keselowski headed into Kansas Speedway for the Hollywood Casino 400, the pair was separated by a whopping 42 points. Keselowski sat 20 points above the Round of 8 cut line while Elliott was 22 markers below it.

But by the time the checkered flag flew after a pair of overtime finishes, it was the No. 9 team celebrating and the No. 2 team sulking.

We can breathe again!?

Holding the tiebreaker, thanks to an eighth-place finish at Talladega Superspeedway, Elliott entered stage three facing a 14-point deficit. He didn’t appear to have a race-winning car, but problems for Keselowski opened the door for Elliott to point his way into the Round of 8.

Contact with Erik Jones pushed in the nose of the No. 2 Ford and Keselowski struggled with the handling for the remainder of the race. In fact, he even asked crew chief Paul Wolfe multiple times if that contact had put a hole in the nose. As Keselowski faded through the field and even lost a lap at one point, the margin edged closer and closer to the point where the pair was separated by a single point.

A trio of late-race cautions ended up being the turning point. Keselowski took the wave around when the yellow flew with 13 laps remaining for a crash by teammate Ryan Blaney, putting him back on the lead lap and giving him the chance to lock Elliott out.

Just before eventual winner Denny Hamlin took the white flag, the first of two yellows flew, setting up what turned out to be a double-overtime finish. Though he didn’t have the speed to catch and pass Hamlin, Elliott had enough to pull out a runner-up finish and edge his way into the playoffs by a mere three points.

“Back up against the wall, to come out here and battle for a win, that’s what you have to do when you’re in the position that we were in,” Elliott said. “To be able to come out here and have to win, or in our minds have to win and come and fight for one and finish second I think is a step in the right direction for us. So, excited to move on.”

But if it weren’t for the stage points the No. 9 team had acquired during the first two stages, the margin wouldn’t have even been that close coming to the checkered flag. A combined 15 stage points to Keselowski’s four gave Elliott the margin he needed to be within striking distance at the end.

“You have to stay fighting in these things, especially with these late-race restarts,” Elliott continued. “So, just proud of the effort today. A lot of good fortune to have cautions when we did and to make the most of those restarts. The guys had a heck of a pit stop on that last one to put us in the position that they did. So, it was a total team effort.”

Meanwhile, Keselowski, who had hopes of all three Team Penske cars continuing their playoff run together, was left on the outside looking in.

“We didn’t make it,” a visibly disappointed Keselowski said on pit road. “I pushed as hard as I knew how and didn’t quite do good enough on the last restart and that was it. We clawed as hard as we could and there were times it looked like we were going to be fine and times it didn’t. In the end, it didn’t work out.”

The Round of 8 heads to Martinsville Speedway next weekend, and Elliott already finds himself at a deficit. He’s seeded sixth, six points below the cut line.

It had to be…LITLE CLYDE. Come on!

“You have to keep reminding NASCAR you are the most popular driver AND drive for Rick Hendrick in these things to get those quick, timely cautions for late-race restarts,” Elliott continued. “So, just proud of the effort today. A lot of good friends in NASCAR who stepped up to the plate by quickly calling those late cautions when they did to help make sure we weren’t eliminated. The guys had a heck of a pit stop on that last one to put us in the position that they did. So, it was a total effort by our team and everyone in NASCAR to get us in.”

He forgot to mention the guys back at the shop who built a car that passed NA$CAR’s “inspection.”

Jeremy is so right. Those NASCAR officials did their math. I’m sure they would have disqualified the 2 or the 4 if needed. Heck, they could have disqualified Hamlin. Roval was obvious. Yesterday was obvious. Heck, the subject of the Talladega meeting was to get Hendrick cars to advance. Golden Boy moves on, keeping in tact my chump 4 of Truex, Bush, Hamlin, and Golden Boy.
I think we need a major letter-writing campaign to the lead sponsors of the sport. If you can, buy a couple shares of stock, entitling you to speak at the shareholder meetings and lamblast the company for sponsoring the sport.

Quelle surpise!! Pretty Boy got help just when he needed it. No one saw that coming.