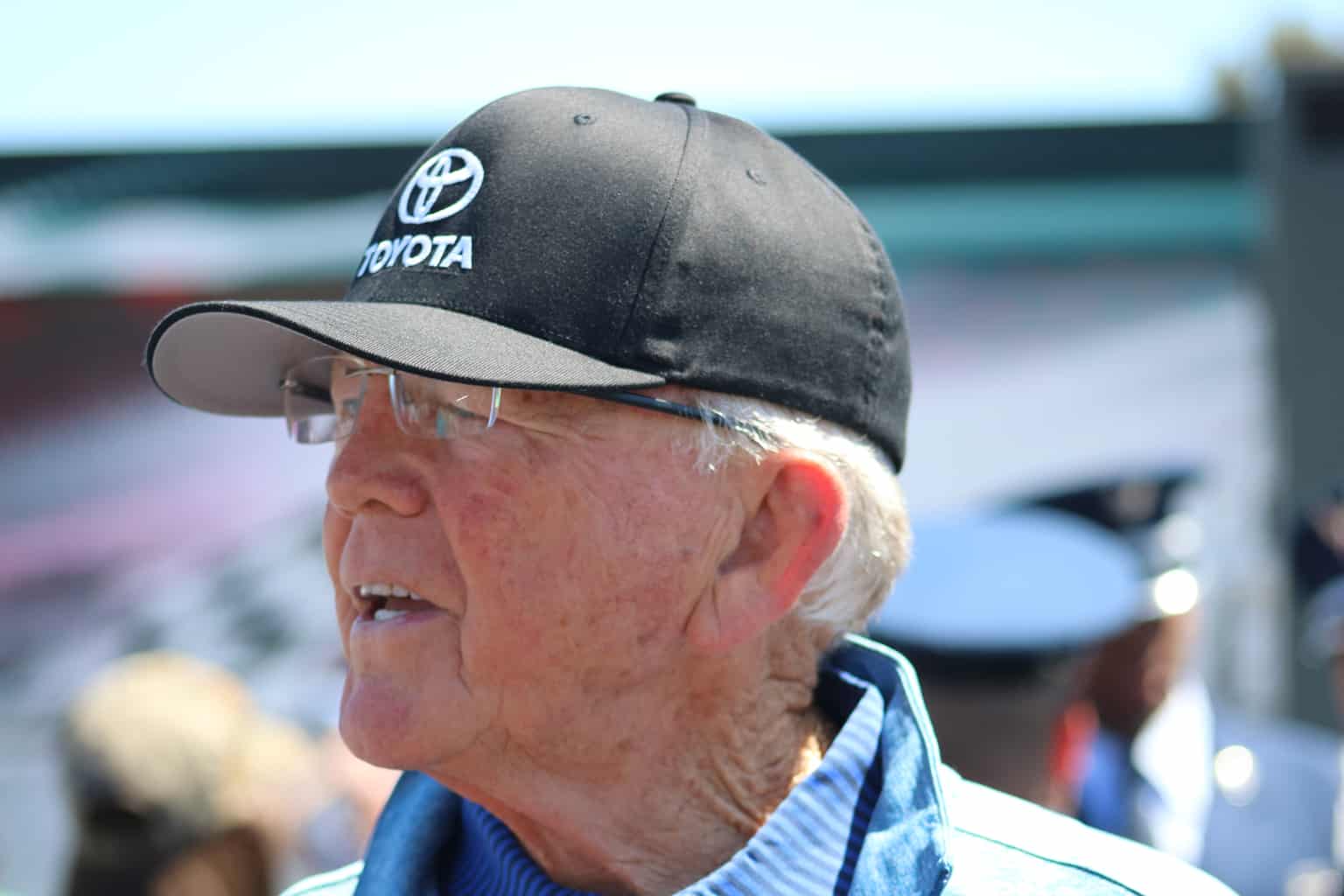 Did You Notice? … Joe Gibbs Racing has a shot to send three of its four Monster Energy NASCAR Cup Series drivers into the 2019 Championship 4 at Homestead-Miami Speedway? It’s a feat that’s never been accomplished by any organization since the current format came into play in 2014.

JGR currently holds the record as the only team to get multiple drivers in during the same year (Carl Edwards and Kyle Busch in 2016). Unlike other teams we’ve seen in this spot in the Round of 8, they also start with an edge heading to this weekend’s race at Martinsville Speedway. Martin Truex Jr., Busch and Denny Hamlin are 1-2-3 in the standings. Each holds at least a nine-point edge over fifth-place Kevin Harvick. This trio has arguably been the best group all year, combining to win nearly half (15) of the 32 races.

But for JGR, its great regular season track record has fallen short when it matters most. The organization has earned six of 20 spots in the five Championship 4 races held thus far; that’s the most of any organization. But Kyle Busch, in 2015, was the only JGR driver to cash in and win the title. Yes, Truex won in 2017, but that was with a JGR-affiliated program, Furniture Row Racing. One could argue FRR was one of the most independent satellite organizations out there, setting up shop way out in Colorado. The team made the most of the JGR information it paid for, then went out and beat its Toyota rivals fair and square.

So JGR decided to pounce once FRR sponsor 5-Hour Energy bailed for 2019, bringing Truex and crew chief Cole Pearn in house. They haven’t missed a beat and sparked the four-car JGR team to arguably its most consistent effort across the board. Even Erik Jones, a first-round playoff casualty, won a race and put himself in position to advance before failing post-race inspection at Richmond Raceway.

It leaves expectations high for a team that’s established itself as NASCAR’s best. It’s taken Toyota across the finish line, earning two of the past three manufacturer’s titles. Toyota holds a 40-point edge in 2019 with four races to go; JGR and one-car Leavine Family Racing are their only full-time teams. It started the year 1-2-3 in the Daytona 500, won two additional crown jewel races (Coca-Cola 600, Southern 500) and captured three of six playoff races.

So why hasn’t that surge corroborated with more championships? Jimmie Johnson paid off Hendrick Motorsports’ time atop the sport with five straight from 2006-2010. Jeff Gordon earned three in four years for HMS in the mid-1990s, long before words like Chase and playoffs became a NASCAR reality. Is the current format really that hard for a team like JGR to get on a similar roll?

In some ways, yes. The 2016 title came down to a late block gone wrong by Edwards; a better restart would have arguably earned him top honors. The following year, they let their own client beat them in Truex. Last season was a master stroke by Joey Logano to peak at the right time. His Martinsville upset sparked just enough strength to power past Busch, among others, in the Homestead finale.

But we’ve also seen JR Motorsports win two straight NASCAR Xfinity Series titles under this format. It can be done, even more so when you earn 75% of the spots in the field. The pressure is on JGR, Busch, Hamlin and Truex to do exactly that going forward.

Looking ahead, Hamlin won Texas Motor Speedway in the spring while Busch won at Phoenix Raceway. And as for Martinsville this weekend? JGR has won the last four short track events, with Truex winning two. It’s time for them to back up that track record where NASCAR is trying to make it count: the 10-race postseason.

Did You Notice? … Martinsville has not had back-to-back Cup Series wins by the same Cup driver since Jimmie Johnson in 2012-2013? Its fall race, in particular, has a history of late-race contact and unpredictable behavior. Consider…

2015: Jeff Gordon wins a wild race, the last of his Cup career, when Matt Kenseth knocks out Logano while leading. Kenseth enacts revenge after Logano spun him out to cost him a chance to win at Kansas Speedway in the Round of 12.

2016: Johnson wins the most bland of the 500-lap races lately but doesn’t lead for the first time until 92 laps remaining. He ruins JGR’s first bid to put all four of its cars in the Championship 4.

2017: Kyle Busch takes the win once Hamlin and Chase Elliott make contact up front. The resulting feud was entertaining but didn’t end well for either driver; both missed the Championship 4.

2018: Truex looks like he’s in position to win until Logano pulled a bump-and-run maneuver on the last lap. He wouldn’t have had a chance at the title without that victory.

Those surprising endings may give Elliott a boost if you’re looking for an upset pick. He’s the only driver that raced within a country mile of Brad Keselowski while finishing second this spring. This track also seems to owe him one after Hamlin’s bumper robbed him of a 2017 victory. But don’t count out someone like Ryan Blaney (fourth in the spring) either. Blaney’s three wins thus far have been bizarre circumstances, from late-race pit strategy at Pocono Raceway to right place, right time when the top two spun at the Charlotte ROVAL.

If you’re going to get an upset that changes the Championship 4… Martinsville’s the place.

“So why hasn’t that surge corroborated with more championships?”

Because HMS’s domination occurred before we had eliminations and a one race crapshoot for the championship while JGR’s dominance has occurred after.

I hope JGR goes out and wins all 4 of the final 4 races so I can hear all those “I want parody” fans cry.

Or what if a different scenario plays out and none of the JGR cars get in for the one race championship circus?

and one last scenario: Joey Logano, your current points leader, doesnt make it into the final 4 due to 3 other winners and losing out on points but still leads the cup standings going into Homestead? That would be a massive blow for Joey and Penske and the sport. Especially since I have now seen 3 articles now on 3 different news platforms reference the close points battle taking place under the classic points system, thus, it is becoming more public.

Sorry parity…made me have to google that one, didn’t even know there were two ways of spelling it.

-an imitation of the style of a particular writer, artist, or genre with deliberate exaggeration for comic effect.
“NAS$CAR is a parody of the comedy genre”

No NASCAR is a parody of a sport.

There we have it, both spelling work :)

Agreed NA$CAR has become a parody of auto racing.

What? How can this be? I thought Rick Hendrick and GM called all the shots in NASCAR?! I don’t understand how this outsider with a FOREIGN manufacturer could be allowed by NASCAR to do this? After all, shouldn’t the Hendrick cars all split every win and Jimmie Johnson win every title? Maybe there’s something to ol’ Reverend Joe’s God thing after all… who else could overpower the Rick Hendrick / GM influence in NASCAR but The Creator Himself? ;-)