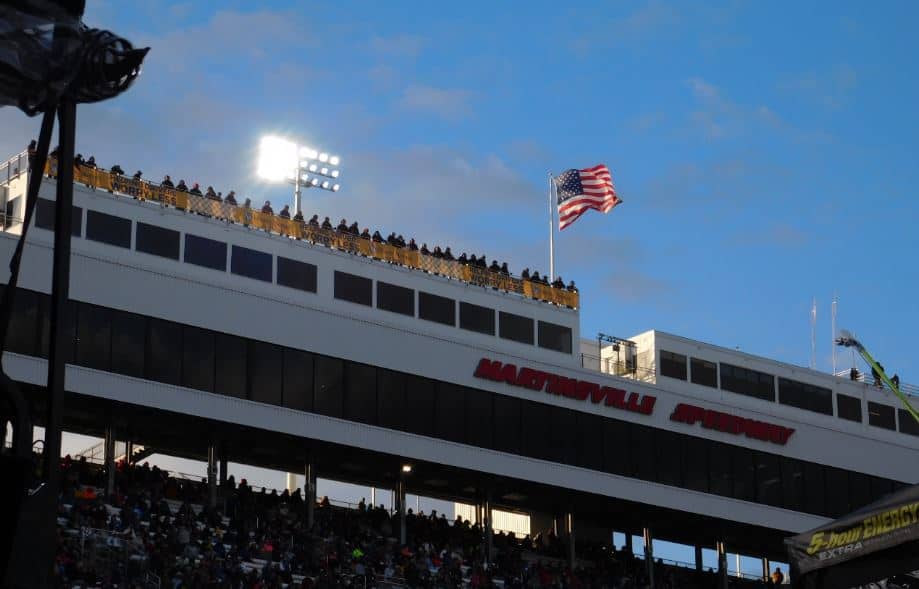 1. It’s got some impressive superlatives to its name

Martinsville is NASCAR’s oldest track. It’s been in NASCAR as long as the sport has been around, hosting its first sanctioned race in 1948. The track actually predates the sanctioning body by a year. But the Martinsville Speedway we know and love today as a (mostly) asphalt track didn’t happen until 1955 when the dirt surface was paved.

And while it’s not the flattest track on the circuit, it’s the flattest short track, which makes it a unique challenge. With a shape that’s often compared to a paperclip, it features long straights and very short, tight corners. What that mainly means for race fans is that it’s hard for drivers to pass without using a bumper to make room in the preferred groove, and that certainly has led to some flaring tempers in the past.

But the slow speeds hardly equate to a lack of excitement. Power off the corners is still a driver’s best friend, but in order to take advantage, they need to be able to root their way underneath the car in front. Outside passes are a rarity and very difficult.

Track position is very important because it’s very easy to lose a lap and very, very difficult to get one back since the leaders will lap cars at a clip once they get to them. The inside line is key on restarts. Fans will see a lot of positioning on pit road, perhaps more than at any other track, with the intent of coming out on that inside line.

3. What’s up with those corners, anyway?

Martinsville has one feature that no other track on the NASCAR circuit does. Nope, not talking about the famous hot dogs (but those too). While the straights are paved with asphalt, the corners are concrete.

That’s because concrete is more durable than asphalt. Big racing slicks were proving too damaging, and in addition, winters in the Virginia mountains are hard on asphalt. Water freezes and expands underneath, and that weakens the surface. The concrete corners are less susceptible to excessive wear. They’re not immune, though. A chunk of concrete came up and damaged Jeff Gordon’s car during a race in 2004, prompting a repave.

It’s also the only track with pit boxes in the corners because the old configuration of two pit roads was an unfair advantage to drivers pitting on the frontstretch, which is eliminated by the single pit road.

Martinsville’s slower speeds have often made it a place where drivers have taken out their frustrations with others, and while that’s safer than at a faster track, the facility did claim the life of Hall of Fame Modified driver Richie Evans in a 1985 practice crash.

It’s likely that Evans died of a basilar skull fracture, the same injury that claimed Dale Earnhardt at Daytona International Speedway in 2001. A lot of that can be attributed to the design of the Modifieds at the time, and changes did come afterward. Still, it’s all too easy to be complacent about safety, and slow doesn’t always mean safe, though improvements in racecars have made racing much more so.

Evans won his ninth title in 1985, having already clinched the honor before the practice crash that claimed his life, and with eight of those titles coming in a row, he sets the gold standard for NASCAR titles (sorry Jimmie Johnson).

Speaking of Johnson, though, he’s good at Martinsville… really good. And a quick look at the best at the little track suggests that the best drivers there are also the best drivers, period. Nearly every major Cup record at the track is held by a driver with at least one championship, most of them by drivers with multiple titles. Richard Petty holds the all-time win (15) and top-five (30) records. Another seven-time champion, Johnson, holds both those marks among active drivers, along with the active leading average finish of 8.5.

In other words, the best of the best thrive here.

Martinsville is the best track left on the schedule. Close second is Darlington.

I guess that means NA$CAR is going to treat it like North Wilkesboro. Gotta get another mile-and-a-half on the schedule. They tried with Darlington.