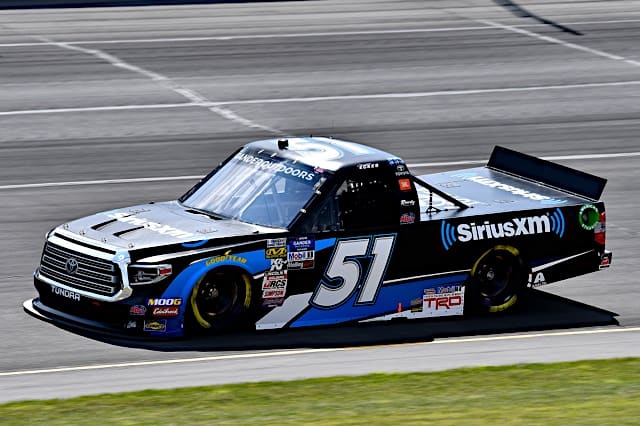 Christian Eckes has won the pole for the NASCAR Gander Outdoors Truck Series’ NASCAR Hall of Fame 200 at Martinsville Speedway. It’s his third pole this season in seven starts.

The driver of the No. 51 Kyle Busch Motorsports Toyota Tundra shot to the top of the leaderboard with a lap of 95.424 mph, followed by defending series champion Brett Moffitt in the GMS Racing No. 24 Chevy Silverado at 95.347 mph.

2018 NHRA Pro Stock champion Tanner Gray, who is making his NGOTS debut in DGR-Crosley’s No. 15, will start 15th. He finished third overall in his rookie season in the K&N Pro Series East this year.

Since only 32 trucks were entered, every driver made the race.