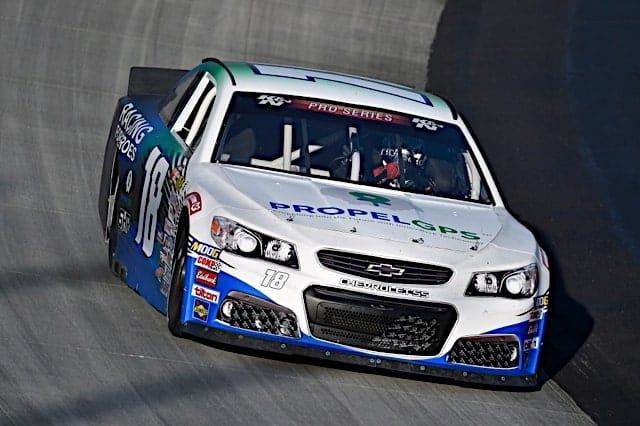 Sam Hunt Racing will attempt to fund itself through crowdfunding on its website ouramericandreamteam.com. The headline for the team on its website is, “Now you can join us in making NASCAR history, building a crowdfunded Xfinity team that’s true to the scrappy roots of our sport.”

“The American Dream …the belief that through sacrifice, risk-taking, and hard work, anyone can reach their own version of success regardless of where they were born or what class they were born into,” the team describes itself. “We’re Sam Hunt and Colin Garrett: a 26-year-old NASCAR team owner partnered with a 19-year-old driver who didn’t even start racing until he was almost 15, yet won South Boston Speedway’s Limited Sportsman Division Championship in just his 3rd year of racing. Join us in making NASCAR history by building a crowdfunded Xfinity team that’s true to the scrappy roots of our sport! Nobody said it would be easy. But that’s half the fun, isn’t it?”

Although the team made the announcement as Hunt-Garrett Racing, Hunt confirmed to Frontstretch the team will be called Sam Hunt Racing.

Brian Keselowski teased the news on Twitter earlier and he presumably will be the crew chief for Garrett.

Garrett made his NASCAR debut this season in the Xfinity Series race at Richmond Raceway. Driving the No. 66 MBM Motorsports Toyota, he started 24th and finished 26th, three laps down. In September, he drove the No. 38 Niece Motorsports Chevrolet in the NASCAR Gander Outdoors Truck Series race at Las Vegas Motor Speedway. He started 25th and finished 21st, three laps down.

Garrett earned six top five finishes in 10 races this season in the K&N Pro Series East. His best finish of sixth came in the season opener at New Smyrna and his home track of South Boston.