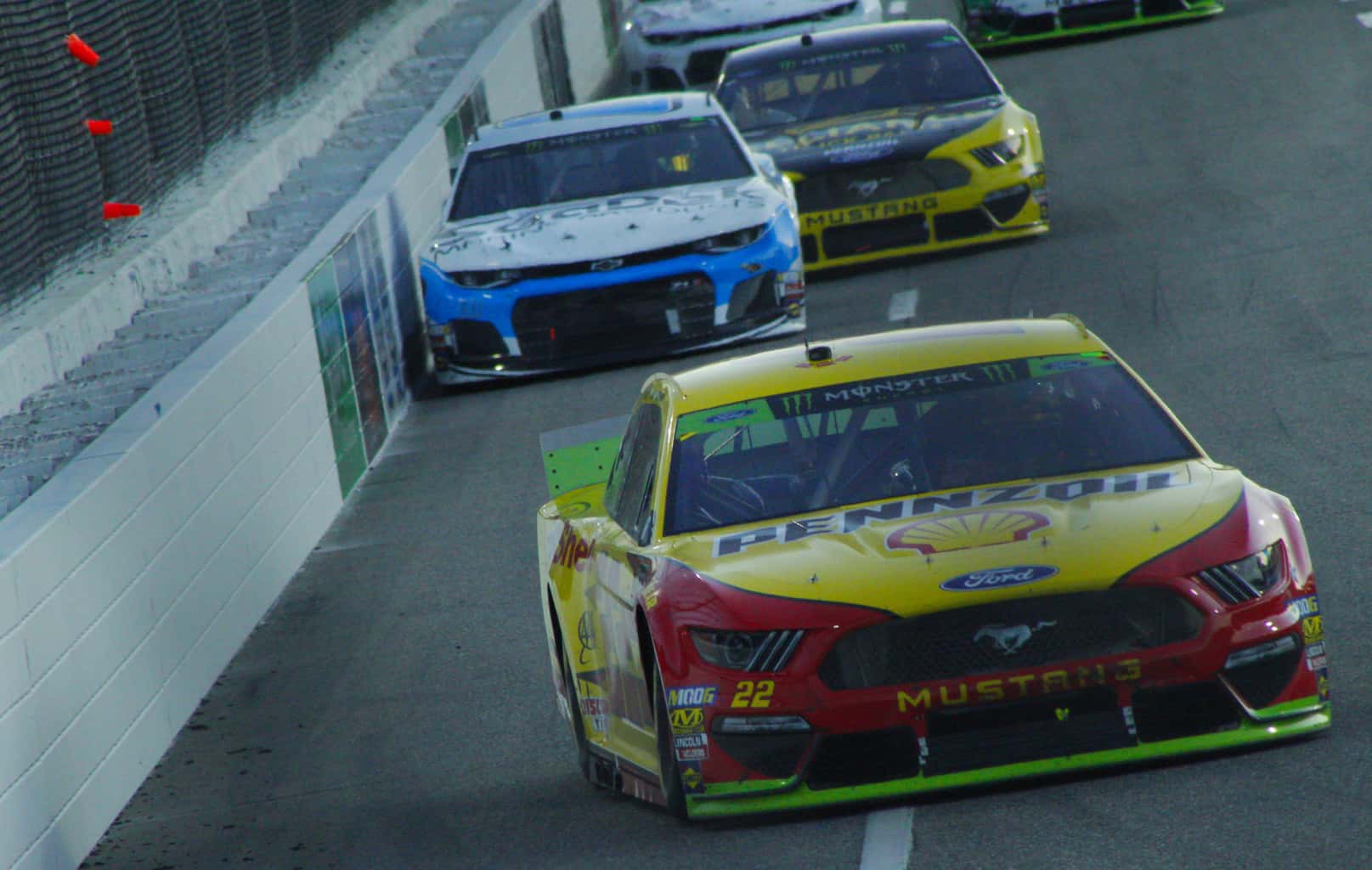 Team Penske employee Dave Nichols Jr. has been suspended for one race after his actions in a post-race scuffle between Joey Logano and Denny Hamlin in the Monster Energy NASCAR Cup Series, NASCAR announced Monday, Oct. 28.

Nichols, a tire technician for Logano’s No. 22, was found to have violated a portion of the NASCAR rule book, which addresses ““member-to-member confrontation with physical violence,” at the Cup race at Martinsville Speedway.

Nichols will sit out this weekend’s race at Texas Motor Speedway.

No other crew members or drivers from either team were penalized following the fight.

Additionally, NASCAR reported that four teams were fined $10,000 each for lug nut violations at Martinsville: Ryan Blaney’s No. 12, Ricky Stenhouse Jr.’s No. 17, Kyle Busch’s No. 18 and William Byron’s No. 24.

I’m not a fan of Denny’s but considering the replay I saw looked like he was yanked backwards off his feet and landed on his shoulders/neck/head, I don’t think this penalty is severe enough.

Yea, it was very unnecessary. Can we let the drivers have at it? Oh wait, Joey can run quickly so his crew guy has to get involved. Lets also be honest, holy crap that guy is strong. Essentially with one arm whipped a grown man down to the ground like a rag down then took another down all by himself.
Just thankfully no one was seriously inured. Could you imagine if Denny got concused by these actions and had to miss next week!

I agree a suspension was in order for this guy. However, NASCAR will be sure to use this for the next year for promo ads and how stressful “the playoffs” are.

In the old days, Joey would have grabbed a tire iron and gone to have a talk with da udder guy. Those days are gone. Too bad.