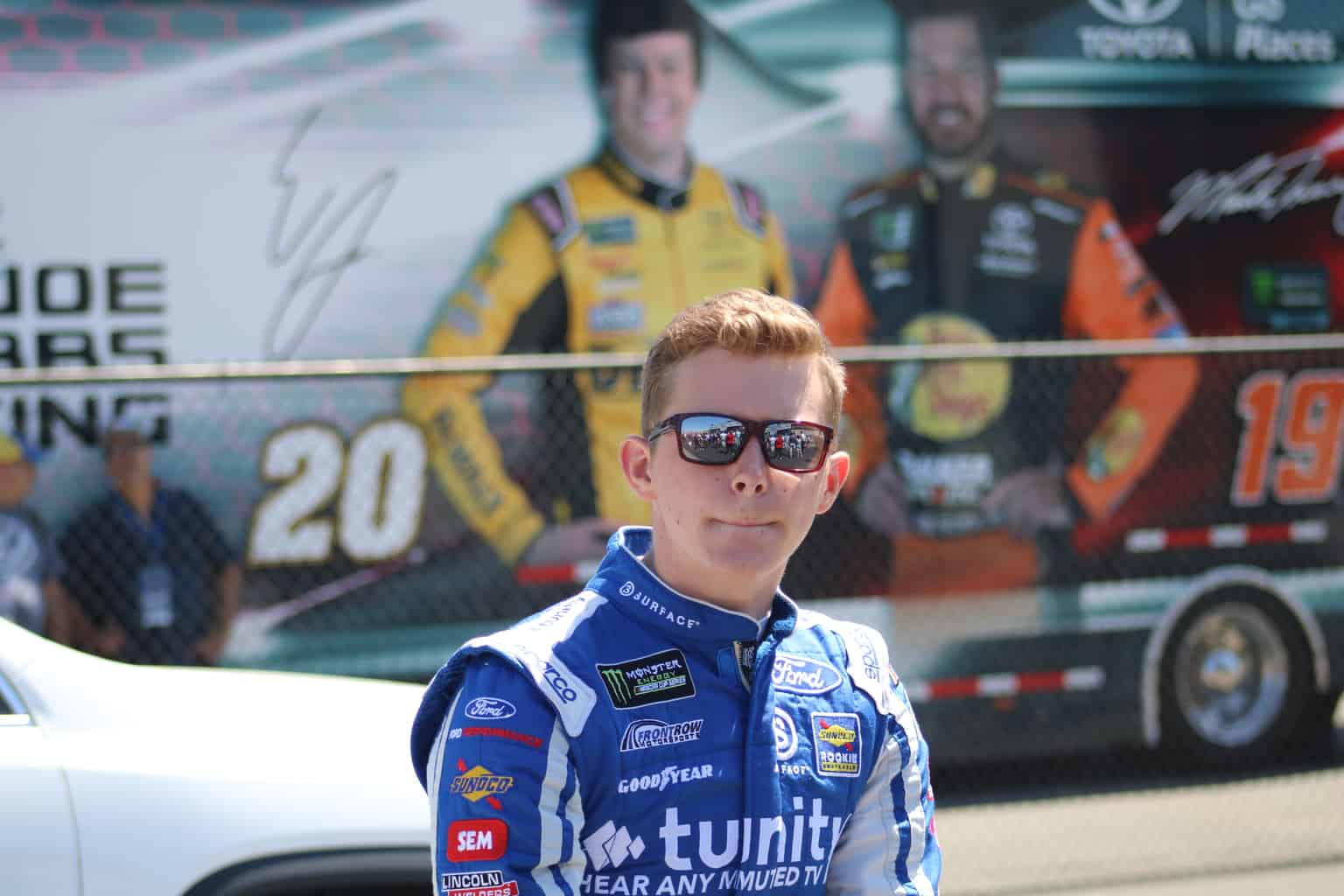 John Hunter Nemechek will fill in for Tifft in the No. 36 for the final three races of the season.

Tifft was admitted to a hospital after suffering a “serious medical event” shortly before first practice at Martinsville Speedway.

Despite being released from the hospital the same day, Matt Crafton practiced, qualified and raced Tifft’s No. 36 FRM Ford in the First Data 500.

Via an evaluation by a family doctor Monday (Oct. 28), it was determined that Tifft will miss the three remaining MENCS events at Texas Motor Speedway (Nov. 3), ISM Raceway (Nov. 10) and the season finale at Homestead-Miami Speedway (Nov. 17).

Despite his season’s sudden halt, Tifft had amassed one top 10 in 2019 and sat third in the Rookie of the Year standings behind Daniel Hemric and Ryan Preece.

Nemechek will make his MENCS debut at Texas this weekend.

“This isn’t the way any driver wants to make their Monster Energy NASCAR Cup Series debut,” Nemechek said in a team release. “I am hoping that Matt feels better and can get back in his car as soon as possible. That is what is important. Hopefully I can learn a lot and make Matt, the Front Row Motorsports team and its partners proud.”

Nemechek currently pilots the No. 23 GMS Racing Chevrolet full time in the NASCAR Xfinity Series. This year, Nemechek notched four top fives, 16 top 10s and a playoff appearance. Despite being eliminated from the postseason in the Round of 12, the 22-year-old currently sits ninth in the point standings with three races to go.

“We want to thank John Hunter for filling in Matt’s seat as he continues to recover,” Jerry Freeze, FRM’s general manager, said.. “Our thoughts are still with Matt and his family. We feel that John Hunter can step up and do a great job for us as Matt heals.”

My favorite Xfinity driver + my favorite cup driver (McD)on one team! Interesting. Hoping that Tifft gets better, but I am also hoping JH Nemechek gets a ride next season with the rumors surrounding GMS’s Xfinity program.

Not much of a news story. Without the “serious medical event” diagnosis it is just rehash news.
Get Well Matt.