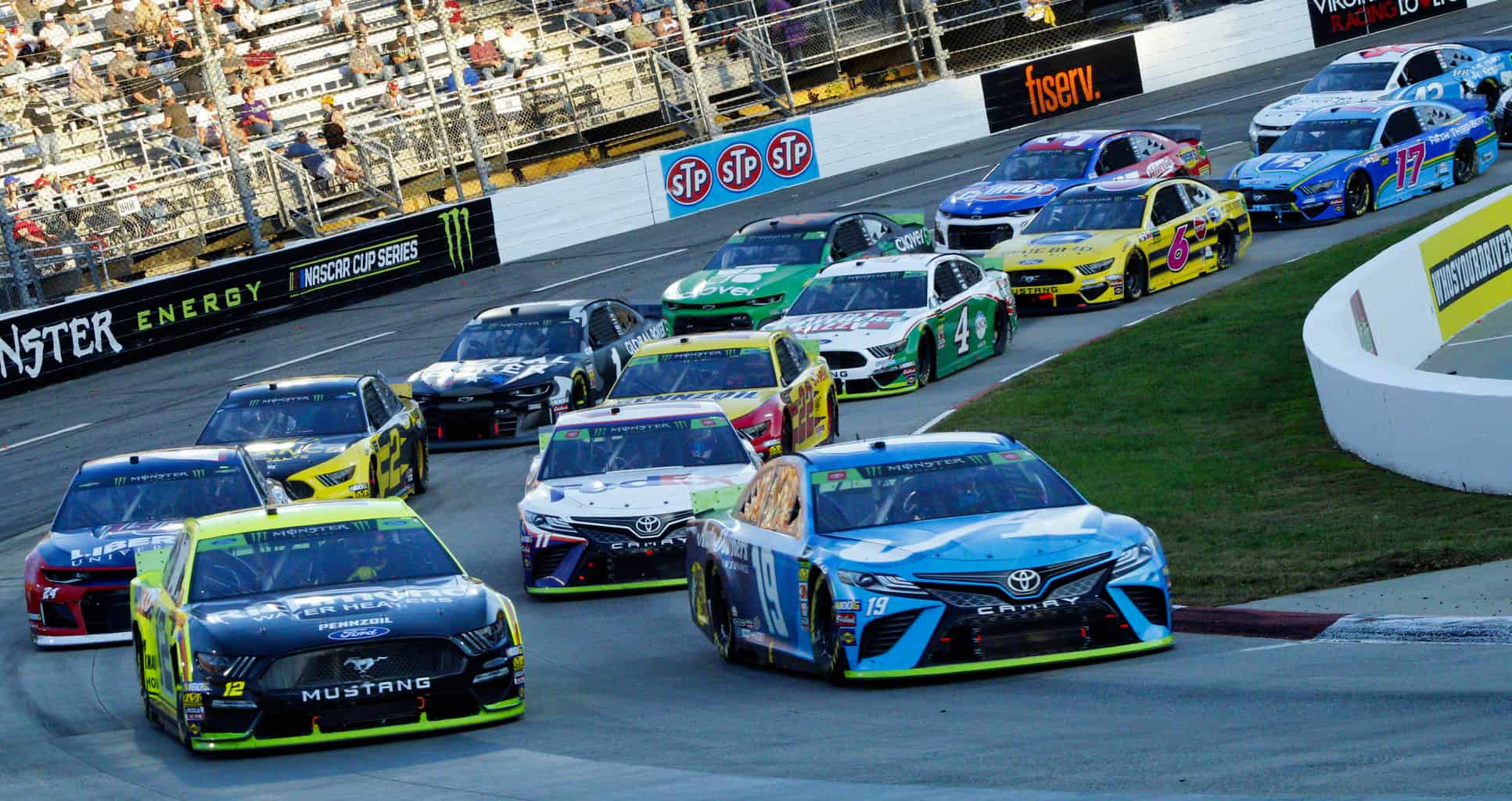 It is no secret that NASCAR’s 2019 Monster Energy NASCAR Cup Series package has changed the type of racing we see on virtually every type of track. Many will argue that intermediate racing is at its best in the last few years and that short track and one-mile racing have both been ruined. Everybody has their own opinions but statistics show that could be true.

Has NASCAR gone too far with changes and sacrificed short track racing to cater to the intermediate tracks? What is the solution to this issue?

Meanwhile, Todd Gilliland scored his first career win in the NASCAR Gander Outdoors Truck Series this past weekend at Martinsville, the first for a full-time Kyle Busch Motorsports driver in 2019. Both KBM drivers, Harrison Burton and Gilliland, more than likely are out next season. Burton will be moving to the Xfinity Series to drive for Joe Gibbs Racing while Gilliland’s future is unknown.What is the future for KBM?

Who is next in line at the team to take over? Can they still be a championship-contending team next season with brand new drivers? Will they be surprising veterans stepping in or brand new rookies?

Q: Has NASCAR done too much and made short tracks and 1-mile tracks worse for the sake of making intermediate racing better? Greg R., Jackson, MS

A: This is definitely a reasonable way of looking at the whole 2019 season when it comes to the package NASCAR has chosen. Many complaints about the racing came after Martinsville, and it has now opened eyes as to what needs to be done to the package for next season.

We all love short track racing, no matter what. However, there seemed to be a lot of disgruntled race fans and drivers following the race on Sunday due to the lack of passing and the aero-dependency proving to be more of a factor than it should be on a short track. That is a fair point.

Aero never used to matter very much at Martinsville. Of course, the best cars would still finish near the front and race well, but aero push and aero dependency were never a thing in the past at the track. This season, in both races, it was, and that is a major problem.

Intermediate racing has arguably been much better than we have seen the last few seasons, but NASCAR decided to let the big spoiler stay on the cars for the shorter tracks. It really needs to go because it hasn’t done any favors for short-track racing. Although Bristol still put on two great races and the race on Sunday was pretty solid, you can tell the frustration of drivers with the package at these tracks.

What is the solution to this issue? Bring back the smaller spoiler with the 750 horsepower for the 1-mile tracks and under. Expenses are important in the sport, but if NASCAR can find a cost-effective way to make this happen, it needs to. We cannot have the best tracks on the circuit be affected by the package anymore.

We are down to three races left in 2019. Fans, media and drivers have clearly voiced how they feel about the package. It’s time for NASCAR to listen. Listening to themselves has not done any good. Short tracks need to be great for the sport to be successful. There needs to be some sort of change in 2020 that brings short track racing back to what it should be.

Q: How do you see Kyle Busch Motorsports’ future in the Truck Series? With Harrison Burton moving up and Todd Gilliland most likely out, what do you see the team doing? Ray M., Tallahassee, FL

A: I can say that Gilliland’s win certainly helped his case of auditioning for rides next season. That was an incredible race he drove, and despite his comment on the radio after the race, I’m sure Kyle Busch was happy he finally got one of his full-time drivers in victory lane again … finally.

As for the future of KBM, the team has options. We have seen several drivers run for the team in the No. 51 like Christian Eckes, Riley Herbst and Chandler Smith just to name a few. One thing I do see happening is Eckes moving to that team full time. We have seen ARCA champions move to trucks like Chase Briscoe in recent years following their championship season. Being that Eckes runs for them right now, I would not be surprised to see him there next season.

The second truck is where it gets interesting. You have Herbst, who has yet to run a full season in NASCAR, but has several NASCAR starts between the Truck and Xfinity series, so he seems to be in line for a full-time ride. Then you have K&N drivers like possibly Derek Kraus or even Hailee Deegan. Both have been tremendous in that series, and both have earned a shot to move up to the series. Do they move to KBM? I don’t know the likeliness of that, but anything can happen.

Statistically, this has definitely been a down year for the team as a whole. Only one win outside of the No. 51 is not what Kyle Busch expects out of his drivers. He was vocal about it early this season and now, Gilliland proved he can win in the series. Burton is going to be moving up to the Xfinity Series but he can always steal a win in the last two races of the season.

Regardless of who drives those trucks, they will be competitive and have a shot at winning races. Kyle Busch will make sure of it.