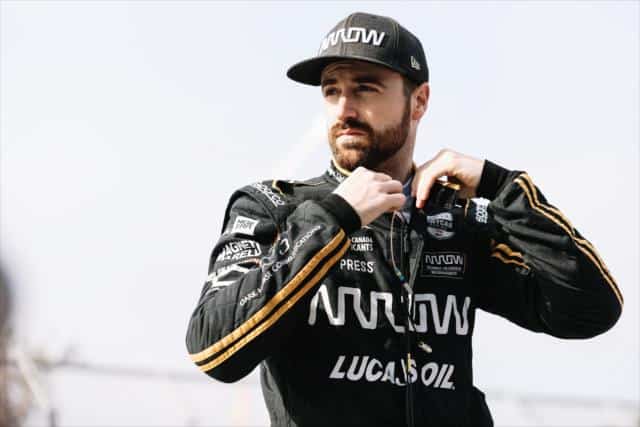 Was it the right move to release Hinchcliffe?

Arrow McLaren SP, formerly Arrow Schmidt Peterson Motorsports (presumably with Felix Sabates), announced this week that fan favorite James Hinchcliffe will not be on the two-car team next year in the NTT IndyCar Series.

Hinchcliffe, a nine-year veteran of the series, was blindsided with the news on Sunday night. Although Hinchcliffe has very obvious ties with Honda, having been in a pretty big commercial campaign this past year for the company, it’ll be extremely hard for him to find a new ride this late into the offseason.

In Hinchcliffe’s place, Arrow has signed two drivers who have never raced a full season in IndyCar: Patricio O’Ward and Oliver Askew. The two drivers are the previous two Indy Lights champions.

It’s going to be a big, big mistake to have two rookies in two cars. There are too many cooks in the kitchen now, and half of them (McLaren) don’t know that they don’t know what they’re doing. And no disrespect to Sam Schmidt at all, but that team really needs an active veteran driver who can help these young drivers as they try to move up to the top ring of open wheel racing in America.

Like with Ricky Stenhouse Jr., it’s a slap in the face for this team to deliver the news like that to Hinchcliffe. Hinchcliffe has won three of the organization’s seven IndyCar races, and outside of 2018, he’s been the best driver on the team.

There were hints in the tea leaves before this development. In September, Hinchcliffe almost lost his job with Arrow because he dared to pose nude in ESPN‘s body issue. Yeah, that story you forgot about because you saw it on Twitter that one afternoon in August. How dare he try to bring good publicity to the sport and promote body positivity while he did it.

So no, it’s not an ice bucket like the Stenhouse news was. But it’s still wrong to show that level of disrespect to a driver who has contributed so much to their team.

And the only reason it made this move, according to Racer, is because O’Ward became a free agent and McLaren was in love with him. McLaren really, really shouldn’t be in a position to make that kind of a call after being given every chance in the world before falling flat on its ass in May, but welcome to late stage capitalism.

And for those wondering why it’s a problem for Arrow and Roush Fenway Racing to be that bad to its former talent, it’s simple, really. If I’m a hot shot driver coming up through the ranks in a few years and I have options at some point in my career, I wouldn’t go with either of those teams at this point. If you treat employees like crap when they exit stage left, all of a sudden it might become hard to lure great people in that field later on. The chickens eventually come home to roost.

Was the suspension of the Team Penske crewmember after the Joey Logano–Denny Hamlin Monster Energy NASCAR Cup Series fight at Martinsville Speedway warranted? Also, keep it to 75 words or less because literally everybody has already given their 2 cents in on the situation.

Yes, the suspension was warranted. There should be a rule that dictates that drivers have a five-minute cool-off period after parking their vehicles prior to exiting pit road or crew members coming onto pit road. The fight on Sunday would have been much easier to see for the cameras and nobody would have been in danger like Hamlin was if those were race officials instead of two teams trying to break up the fight.

One playoff driver probably not looking forward to this weekend’s Cup race at Texas is Kyle Larson.

In his past four Cup starts at the mile-and-a-half-long track, Larson has three finishes of 36th or worse. That’s not good, considering Larson needs to have either a lot of luck and two great point days to get into the championship round or just flat-out wins one of these next two races.

Strangely, despite of all of his success in recent years at this track type, Martin Truex Jr. has not been able to win in the Lone Star state. He has come close, with four top-five finishes in 28 starts but has failed to get the job done so far.

Last year’s race was won by Kevin Harvick in extremely controversial fashion. Harvick won the race officially and on the track, but the No. 4 Ford failed post race inspection and lost its automatic championship berth last season. Now, Harvick is going to be looking to avenge that encumbered finish and win his third straight fall Texas race.

Why would Formula 1 schedule a GP in the same area as a NASCAR Cup race?

Who’s the renowned genius who had the bright idea to have the Formula 1 Grand Prix the same day as the Cup race in the same state?

As fun as it would be to rag on Texas itself, promoted by track president Not-Humpy-Wheeler, this really isn’t its fault. Rather, it’s F1’s fault for moving to that weekend in the first place.

It’s very arrogant of the organization to try and go head-to-head with the biggest racing organization in the country on the very same day like this. Whatever fans both events will lose in the process, the bigger loss will be the local media who are going to have to pick and choose who to cover.

And surprise, a lot of them are going to choose NASCAR, because they’ve been around Texas longer and F1 is still a niche event for the mainstream American public. Granted, NASCAR also is, but at least it still has at least a couple million tuning into these races every single week in prime real estate in the television landscape in this country.

The FIA really couldn’t run this event the week before the Mexico GP? It just had to have this event on this weekend? It’s a dumb move that has hurt the growth of the event both this year and in 2014, so of course, it’s doing the same thing next year. If you don’t believe me as to how stupid this is, ask Tony Stewart.

Wow, just as ignorant and biased as ever. For somebody who has absolutely nothing invested in a team, driver, or racetrack you sure do make a lot of decisions. It’s almost as if you know something that the people who actually run race teams, racetracks, and sanctioning bodies don’t. I’m sure that Formula 1, the richest, most popular racing series on the entire PLANET would love to hire you as a consultant because then they never would have made this grievous error of interfering with a declining regional racing series.

1) Waiting until this late is a crappy thing to do to Hinch – while he may not be the most successful on track, I’ve always thought he has handled himself very professionally and has been an outstanding spokesman for his team, sponsors, and Indycar. I doubt this was, and certainly hope it wasn’t, done intentionally by the team to hurt Hinch. Sometimes business plans don’t present themselves / come together at the best times. Hopefully he lands a competitive full season Indycar ride for 2020.

2) Suspension is warranted. Crew guys separating drivers, fine. Blindly grabbing a guy who is not engaged with you from behind and slinging him to the ground is IMO a chicken**** move. I’d have suspended him for the rest of the season if I were making the decision. Crew guys are NOT the stars of the show – crew members acting in a manner that could injure drivers cannot be tolerated due to the obvious consequences if serious injury were to occur (sponsor investment / fan support). My view would be different if Denny had engaged and was squaring up with said crewman to throw down, but he was essentially surprise-attacked from behind (based on the video I saw).

3) Larson will figure it out or he won’t. I’m not too concerned with whether he will or won’t succeed here. Sorry, I’m just indifferent to this specific topic.

4) Too much is being made of F1 / NASCAR running on the same day. So maybe all of 5 fans have to decide which one to watch? With TV, I can see both if I want to. Attending live? Compared to NASCAR, F1 is a HUGE investment. Fans buying tickets for F1 are doing so because they really, really want to be there – and I doubt after that $$ outlay many would also go to TMS if NASCAR was the next day, or even next week. So it’s much ado about nothing – just posturing of egos.