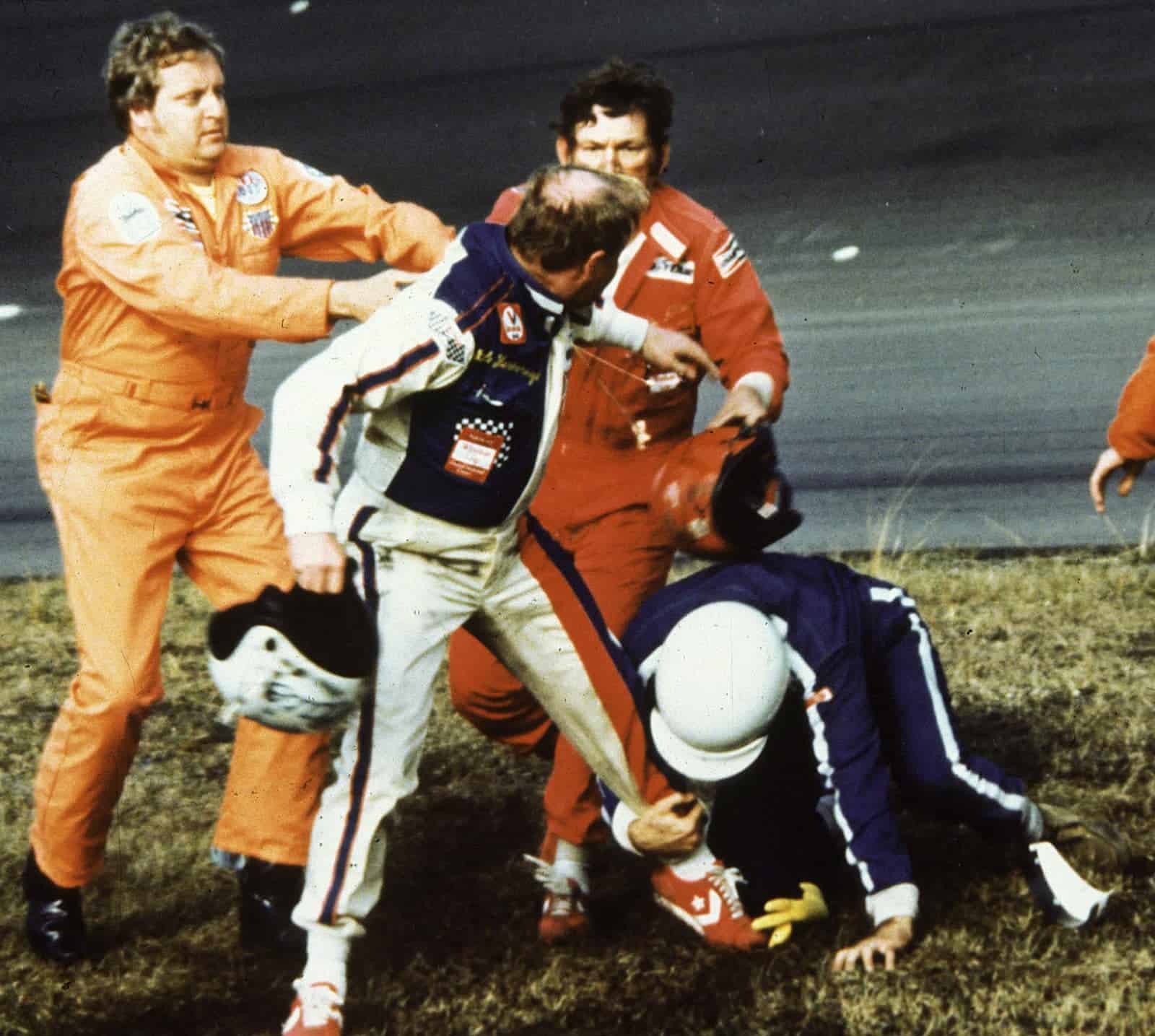 The big talking point in the NASCAR world this week has revolved around the fight we saw this past weekend at Martinsville Speedway involving the No. 11 team of Denny Hamlin of Joe Gibbs Racing and the No. 22 team of Joey Logano of Team Penske in the Monster Energy NASCAR Cup Series.

Notice how I didn’t say Hamlin vs. Logano. Because that’s not what it was.

The so-called fight was basically a brawl. Crew members from both teams surrounded the drivers as they chatted, and as soon as Logano gave his now-infamous shoulder hit to Hamlin, it was on. Crew members (as well as PR reps and some other various individuals) swarmed the drivers, and they couldn’t get near one another.

The closest they got post-scrum was the two yelling at each other from a few feet away about “wanting to go (fight),” with Hamlin responding, “I’m right here!”

It’s not the first time a fight has turned into a brawl, and it certainly won’t be the last. As recently as Kansas Speedway, Tyler Reddick and Cole Custer had a similar incident in the Xfinity Series that saw crew members infiltrate what was going to be the fight nobody knew we needed.

Which begs the question: should NASCAR institute a rule which prohibits crew members from fighting when drivers get into it?

Jeff Gluck of The Athletic said it best on the The Teardown podcast. Paraphrasing: the drivers drive the sport (pun intended). Pit crews, guys back at the shop, crew chiefs, owners, etc., don’t.

NASCAR has always marketed the sport on its drivers, and it’s worked out pretty well in the grand scheme of things. Although the team sport moniker has been correctly added into the fabric of the sport, individuals drive ratings, produce income and add intrigue.

Sorry to be the bearer of bad news, but don’t shoot the messenger.

The NBA has a rule where if somebody on the bench were to come off during an on-court altercation, they could be subject to a suspension. In the NHL, once two players engage in a fight and go to the ice, the fight is over.

NASCAR has options that have worked in other sports if it were to go down that road of making it a strictly driver-on-driver situation. It would create more promotional opportunities (because there would be actual fights, duh, and nobody would dare mess with Ryan Newman), but if NASCAR did so, crew members, who arguably work harder and longer hours than drivers, would be alienated. Defending their driver, a teammate, is only human nature,

Penske’s Dave Nichols Jr. was suspended for this upcoming weekend’s race at Texas for slamming Hamlin to the ground. He should have gotten a year-long ban. Harsh, I know, but my goodness, that was insanely aggressive, dangerous and egregious.

Did he mean to slam Hamlin down that hard? Probably not. But if NASCAR wanted to send a message, it would’ve laid the hammer to Nichols (who I’m sure is a good dude but will probably forever be remembered as Mule, who slammed and almost concussed Hamlin in the midst of the playoffs after his driver slapped him on the shoulder).

I digress. Point is, I’m not sure what is to be done. Let the boys have at it, as Brian France said what seems like an eternity ago, or protect the drivers from themselves… by letting them fight each other? I don’t know if what I just said makes sense to you, but it does to me.

I hope NASCAR can make more sense out of it and make the right decision moving forward.