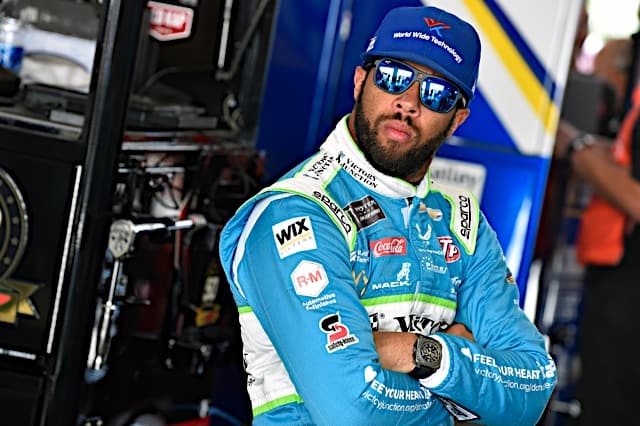 In this week’s edition of the Frontstretch Podcast, Dustin Albino and Mike Neff discuss the lack of action for the lead at Martinsville Speedway, which saw Martin Truex Jr. lock himself into Homestead-Miami Speedway by leading 464 of 500 laps en route to his seventh triumph of 2019.

The duo discusses the 2019 aerodynamic package at short tracks and road courses which hasn’t provided the same excitement from previous years. It’s crucial for it to get figured out because Martinsville has two key dates next year: its first night race and the cutoff race for the championship in all three series.

For the second consecutive week, there was a NASCAR fight. This time it was Denny Hamlin and Joey Logano, though a member of the No. 22 team was at the forefront and was later suspended by NASCAR. Both Albino and Neff rant about the fight, noting it’s time for a third-party rule in fights.

Kyle Busch and Aric Almirola were none too pleased with each other, triggering a multi-car pileup on the frontstretch. What’s going on with the No. 18 team?

Todd Gilliland, who drives for Kyle Busch Motorsports in the Gander Outdoors Truck Series, won his first career race over the weekend. As soon as he took the checkers, he yelled on the radio that he didn’t want Busch to celebrate with the team. Was that fair or foul given Busch going public with his frustrations with the drivers on his team?

Finally, Bubba Wallace joins the podcast to discuss the recent uptick in performance at Richard Petty Motorsports, posting four top-15 finishes in the past 10 races.

And here come the bubba articles again.once a week, count on it. Tell us how good you are bubba, lol
Don’t be shy, tell us about those Xfinity wins, oh, well then those cup wins. Oh.

Wow, HATE much?? I was taught if you dont have anything nice to say it’s probably better to keep it to yourself!!! You sound like a Kyle Busch fan or someone just like him!!!

Anyone know why bubba is driving a cup car !!

Its always hard to tell how much is driver and how much is car. The Childress cars have underperformed. Hemric is only 8 points better than Wallace in 26th and the Dillon’s are 23 and 24th in points. Wallace has shown some talent, in my opinion, but the car has rarely shown speed. To a lesser extent, the Hendrick and Ganassi cars have also underperformed.
But for a 27th place driver, he gets a disproportionate amount of coverage…as Nascar tries to force diversity on the sport in an effort to cultivate a new fan base. But that’s not Wallace’s fault. If anything, he’s elevated the team’s performance from prior years.