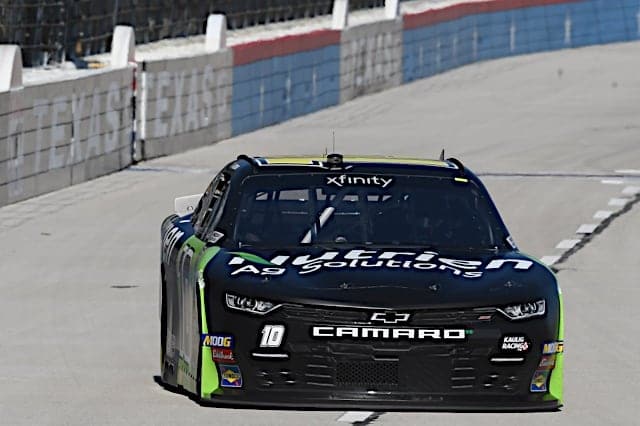 Tyler Reddick and Ross Chastain were fastest in the two NASCAR Xfinity Series practices on Friday (Nov. 1) at Texas Motor Speedway for the O’Reilly Auto Parts 300.

The first practice ended early when Ryan Sieg crashed on the exit of turn 2. With less than five minutes to go, Sieg lost the rear end of this No. 39 Chevrolet and crashed into both the outside and inside retaining walls. Unfortunately for Sieg, he was seventh fastest (184.533 mph).

No drivers turned 10 consecutive laps. Harrison Burton ran the most laps, 24. Bobby Dale Earnhardt (21) and Michael Annett (20) were the other drives to practice 20 or more laps in the first practice.

Chastain turned not only the fastest lap of second practice but the day. His No. 10 Kaulig Racing Chevrolet clocked in at 187.937 mph.

There were no incidents in the final practice.