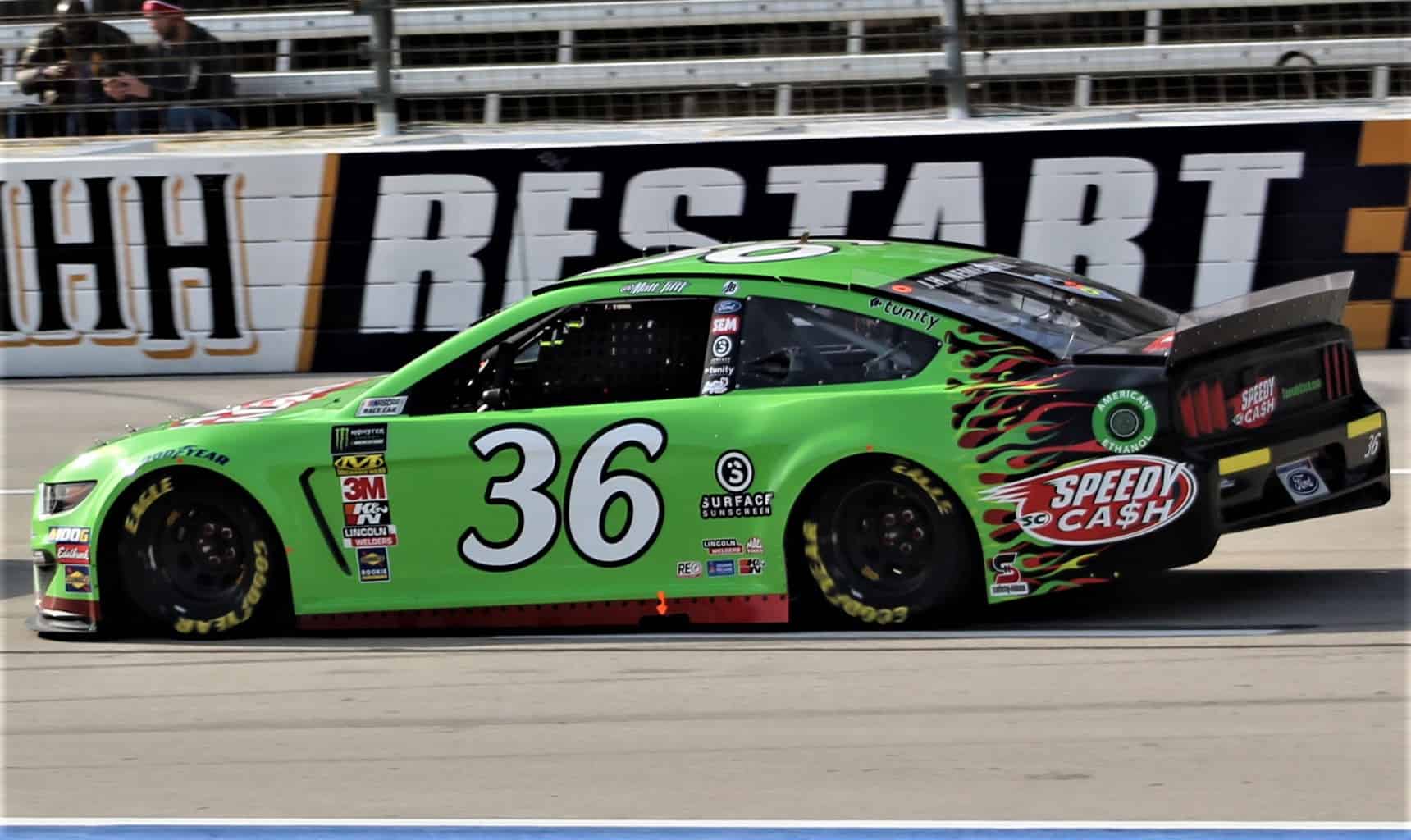 John Hunter Nemechek was put in what some might call an uncomfortable position: fill in for an ailing Matt Tifft for the remainder of the 2019 Monster Energy NASCAR Cup Series season.

Tapped earlier this week to pilot the No. 36 Ford after Tifft suffered a season-ending seizure last weekend at Martinsville Speedway, Nemechek made his Cup Series debut Sunday (Nov. 3) at Texas Motor Speedway.

After practicing 29th and 32nd in a pair of Friday sessions, Nemechek qualified 29th and was deep in the field for his debut race. But by the time the checkered flag flew, he had moved up to a 21st-place finish, just one lap down.

“It was a long day, but it wasn’t that long of a day,” Nemechek said. “I felt like we had a pretty good car. We kept adjusting on it, kept making adjustments every stop just to see what it would do. I learned a lot as a driver today. Hopefully, we can take this, move on to the future and just better myself.”

“We finished in front of all of our teammates, so that was good,” he continued. “It was a heck of a debut. I’ve been able to lean on David and Michael for a lot of information this weekend.

“It was all about earning respect, staying out of the way, just trying to run our race. That’s what we did and only finished one lap down, so I’m pretty proud of that.”

Obviously, Nemechek didn’t necessarily want to make his Cup debut at the expense of another driver’s health

“It’s way cool to be out there and to get the debut out of the way. Wishing Matt a speedy recovery. I think he was here today; I didn’t get to see him, so hopefully, he comes to the next two. I know it’s hard watching somebody fill your seat. I’ve been in that spot before. It’s his seat; I’m just here to fill in for him for these last few races.”

Nemechek’s goal for the remainder of the season is simple: run as many laps as possible and stay out of trouble.