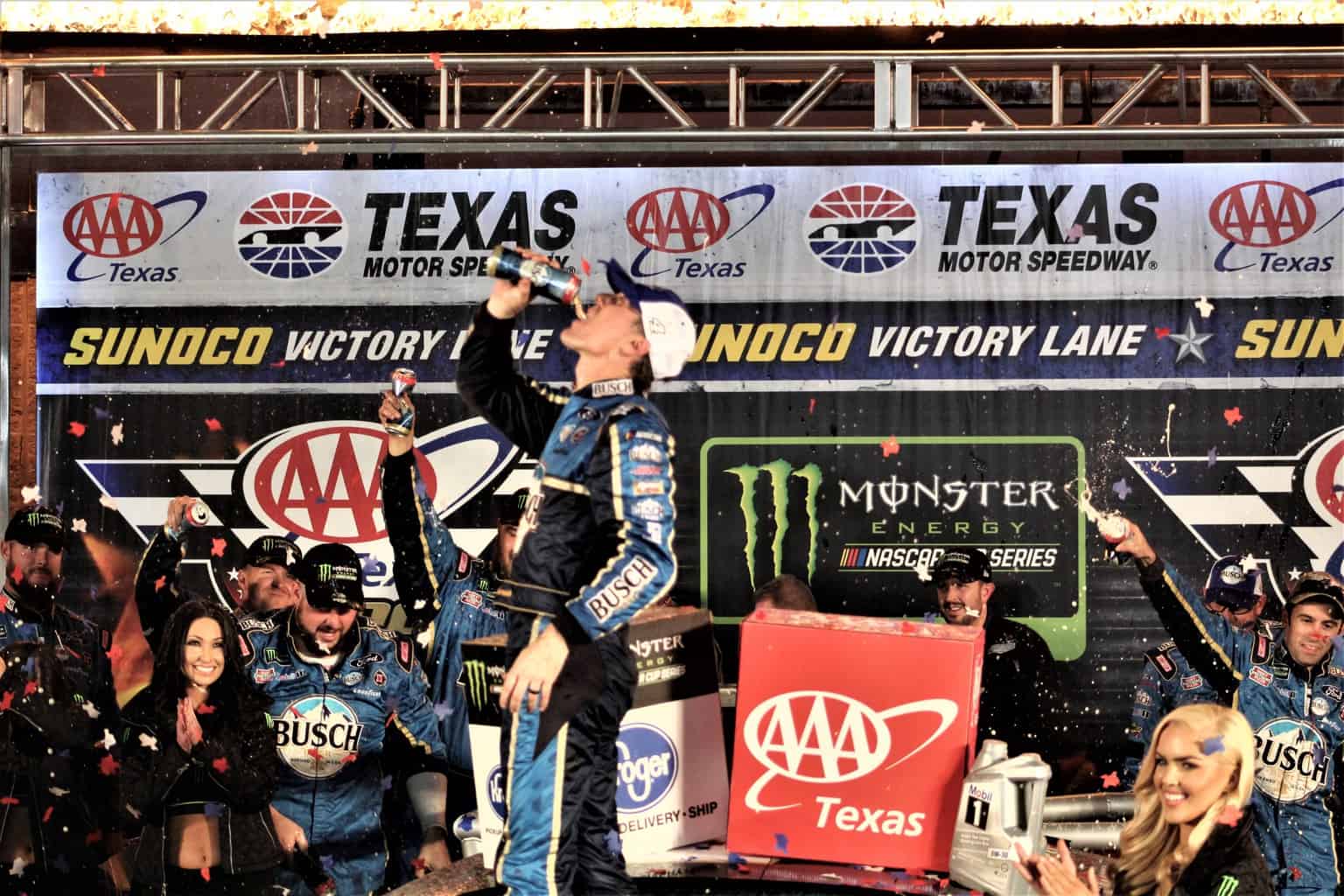 Kevin Harvick entered Sunday’s (Nov. 3) AAA Texas 500 at Texas Motor Speedway as one of the pre-race favorites. Come the checkered flag, the No. 4 team claimed the win and punched its ticket to fight for a championship in two weeks at Homestead-Miami Speedway.

After winning the pole on Saturday, Harvick dominated the opening stage en route to the stage win, but more importantly 10 stage points. Via the pit strategy game, the No. 4 team was mired back in traffic for much of the second stage, rebounding to sixth.

At the beginning of the third stage, Harvick’s team received an equipment violation for having a tire in its pit box despite taking fuel only. Once the race restarted, Harvick rocketed through the field passing his Stewart-Haas Racing teammate Aric Almirola late for the lead to grab his fourth victory of 2019.

The win is Harvick’s third consecutive triumph in the fall Texas race, clinching a spot into Homestead. In the previous two Homestead races, Harvick finished third in the championship standings respectively. It’s also his 11th consecutive top-10 finish at TMS which is a track record. In the process, he tied his boss, Tony Stewart, for 14th on the all-time wins list with 49.

Almirola picked up his best finish of the season in second, with Daniel Suarez matching his best outing of the year in third. It’s the second time Stewart-Haas Racing has swept the podium (June Michigan, 2018). Joey Logano placed fourth and Alex Bowman rounded out the top five.

The three other playoff drivers had eventful days. Kyle Larson ran among the top 10 for much of the race, but the No. 42 got caught a lap down when Bubba Wallace spun out on lap 243 during a cycle of green flag pit stops. While taking the wave around, Larson finished 12th.

Chase Elliott and Denny Hamlin weren’t so lucky. On lap 9, Elliott lost control of his No. 9 Chevrolet in the turn 2 traction compound and hit the wall. Elliott finished 32nd, 21 laps down. Hamlin lost control of his car in turn 4 on lap 81, spun through the grass and tore up the right side of his splitter. The No. 11 finished the race in 28th.

Coming into the race 24 points above the cutline, Hamlin saw a 44-point swing, leaving 20 points behind fourth, knowing he made a mistake.

“Just got up in that stuff [traction compound] before it was really broke in,” Hamlin said post-race. “Just lost control, that’s all there is to it. We did the best we could and we’ll go to Phoenix and try to win.”

The race as a whole was eventful. Six cautions in the opening stage were the most in the first stage all season long, the previous high of five coming in the Coca-Cola 600. SHR dominated, leading 242 of 334 laps, and all four of its drivers led at least 25 circuits.

Following 500 miles at Texas, Truex and Harvick are locked into Homestead. Busch sits third in points, 22 markers above fifth. Logano sits on the bubble, 20 points to the good. Hamlin is the first guy on the outside looking in, 20 points below. Blaney and Larson will enter ISM Raceway 23 points below the cutline, and Elliott is in a must-win scenario, 78 points out.

The third time I heard that girl on a NASCAR news show say it a couple of years ago I was tired of it too!
Free pass makes more sense. How about Lucky Dog or Digger?

Attendant punches ticket to get into concert.

And do the drivers really get a ticket to punch?