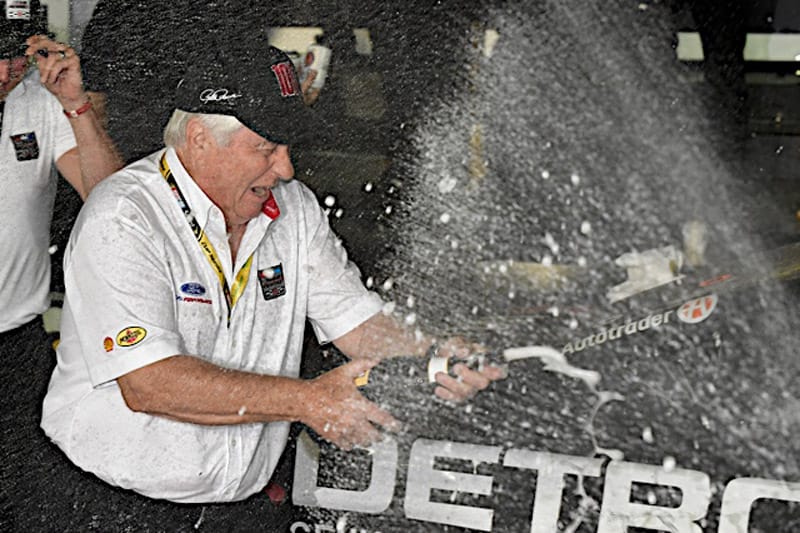 I think it’s fair to say that no-one — outside those directly involved — had any sense that we were going to have such a seismic announcement on the future of open wheel racing in the United States yesterday. The news, in case you missed it, was that after 74 years of control, the Hulman family has relinquished their stewardship of Indianapolis Motor Speedway and the IndyCar Series as a whole for an as yet undisclosed fee. The deal also includes the off-shoot Indianapolis Motor Speedway Productions as well.

All told, it’s a stunning development, but it’s one that in many ways makes a lot of sense. Roger Penske has the most Indy 500 wins (17) and the most IndyCar championships (18), not to mention the safety net of his company’s 64,000+ employees and more than $32 billion in consolidated revenue. Few (if any) care as deeply about the future of both the sport and the iconic track more than the Captain, who recently received the Presidential Medal of Freedom – the highest civilian honor there is.

Penske’s fellow team owners reacted quickly, with Michael Andretti calling it “positive news,” Bobby Rahal noting Penske was the “perfect custodian” and Chip Ganassi commenting (via Twitter) “Great News out of Indianapolis this morning. Happy for my friend and fierce competitor @RogerPenske. Stewardship of the @IMS and @IndyCar continues in great hands!!!#ilikewinners.”

Of course the real question is what happens next? What will Penske implement to improve/change/update the series – if anything? Will there be new tracks/races added, for example? What, if any, changes might there be to guaranteeing spots in the Indy 500 for full season participants? In recent times, after some fallow years, the momentum of open wheel racing in the US has been trending up, both in terms of attendance and TV viewing numbers, and the hope is the Captain can help the series take the next step.

“Great day for our family and our team,” said Penske in a text message to the Associated Press of the takeover. What comes next though will be what really defines the success or failure of this new partnership. My guess is the best is yet to come.

When Kurt Busch signed a deal with Chip Ganassi Racing to drive the No. 1 car at the start of the 2019 season, the jury was out as to whether it would be a “one and done” deal. Or if the 2004 Cup Series champion could parlay it into something longer, thus extending a career that began full-time at the top echelon all the way back in 2001.

Busch was part of a rookie class that included Kevin Harvick, and it’s interesting to note that as things stand, Busch has run just two more races (682) than Harvick (680), and that the pair are the two longest active standing Cup drivers.

“I think it has made Kyle [Larson] a better driver having Kurt as a teammate,” Chip Ganassi, owner of Chip Ganassi Racing said of the new deal. “He brings a lot off the track. He brought a lot of guys on that [No.] 1 team their first Cup win. I’m very proud to keep him a part of this team for the foreseeable future.”

For Busch, this is another (possibly final) chapter in a long Cup career that has seen a championship, 31 wins and all manner of less than stellar incidents – many of the anger management ilk. But at 40 years of age, here he is, still driving, still clawing for every position on every lap, including Sunday’s ninth position – his 298th top-10 effort.

“It means the world for this to come together. There are still special moments ahead,” Busch said. “There’s plenty of gas still in this tank.”

THREE: Next Up — ISM Raceway

For the 47th time at the Cup level, we head to ISM Raceway and it’s a streak that runs all the way back to November 1988, a race won by the late, great Hall of Famer Alan Kulwicki.

Of the four drivers on the outside looking in as for the championship race, only Denny Hamlin has a win at Phoenix, but that came all the way back in 2012, his second race with Darian Grubb as crew chief. Chase Elliott has the best average finish (10.1, seven races) while Kyle Larson has finished sixth and third in the last two visits. Ryan Blaney came home third back in March. So all hope is not quite lost yet.

In the end it was a perfect day for Mercedes with Valtteri Bottas winning the race after picking up an unexpected pole, while Lewis Hamilton’s second place was more than enough to secure his sixth Formula One Championship — his third in a row and his fifth in six years.

Were it not for an essentially perfect season for then teammate Nico Rosberg in 2016, who promptly and unexpectedly retired, Hamilton would be celebrating a record equaling seventh championship.

Never give up on your dreams guys. Keep believing. Keep fighting. pic.twitter.com/IWjisULZwb

There’s no question that the second half of the season has been significantly more challenging for Hamilton, who started the season with six wins and two second-place finishes in the first eight races, and looked like he was going to cruise to the title with a bunch of races to spare. But with no poles in the last eight races, Ferrari looked to have the edge their pre-season testing had suggested. But as ever, Hamilton has found a way winning three of the last eight races, ensuring he had the points necessary for a sixth title. The only question remaining is how many titles does he have left in the tank?

All season long, from winning a second Daytona 500, Denny Hamlin has looked like a genuine contender – maybe this year was the year he finally broke through and secured that elusive championship. And right up until Sunday, all signs pointed to Hamlin making the final four for a second time.

Then came an unassisted spin, a bunch of damage and a hugely disappointing 28th-place finish. Hamlin now sits a whopping 20 points from the cutline, and while he doesn’t necessarily need to win, the chances are that he will need to do just that.

In the past, we’ve seen Hamlin react poorly to disappointment but this time around he’s much more upbeat. “There’s no doubt in my mind we can go there and win,” Hamlin stated. “Especially in these circumstances, I like the challenge. So, we’re going go out there and give it our best shot and put our best foot forward and see if we can’t get a win next week.”

Tune in Sunday to see if he gets it done.