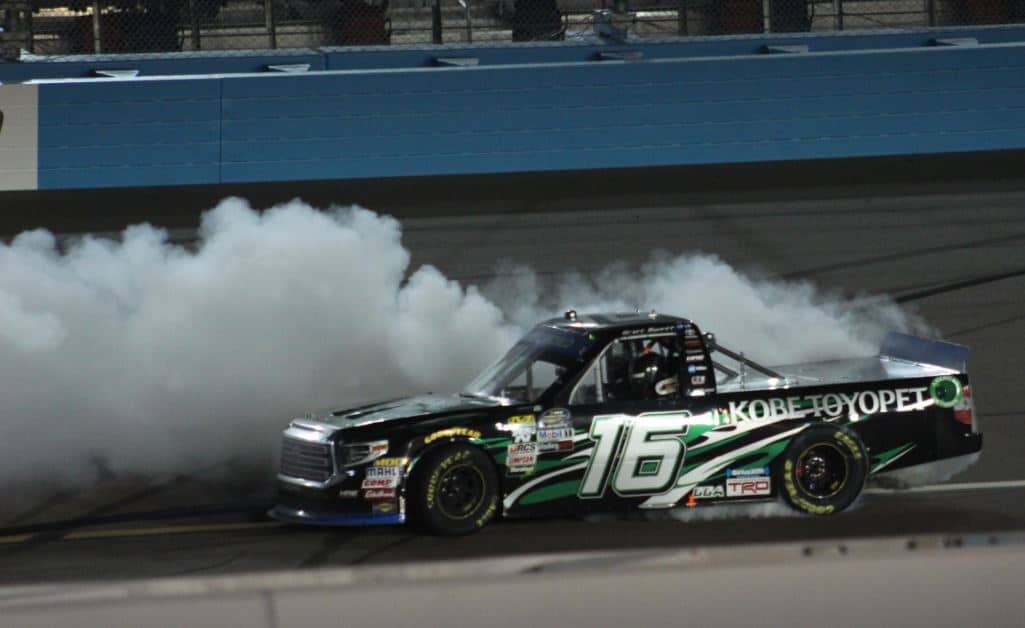 The NASCAR Gander Outdoors Truck Series is back in action this weekend, traveling to ISM Raceway in Arizona for the Lucas Oil 150.

34 trucks are entered for the penultimate race of the year, meaning two will fail to qualify, barring any entry list changes.

Sam Mayer‘s third career series start could come in Phoenix for GMS Racing should he qualify, while Derek Kraus makes his fourth appearance of the year for Bill McAnally Racing. Kraus made his series debut at ISM last year, finishing eighth.

DGR-Crosley adds a fifth truck to its lineup for the event, with Tanner Gray behind the wheel of the No. 7. Gray finished 20th in his debut at Martinsville Speedway.

Carson Hocevar will drive for Jordan Anderson Racing and Hill Motorsports in its joint No. 56, having finished 25th in Anderson’s No. 3 in his series debut at Eldora Speedway.

Brandon Jones returns to Kyle Busch Motorsports’ No. 51, having recorded a best finish of second at Chicagoland Speedway, while Chandler Smith makes his fourth start of 2019 for the team. He finished second at Bristol Motor Speedway, and he’ll be in the No. 46 this weekend.

We’ll also see Jesse Little make his ninth start of the season in JJL Motorsports’ No. 97, while Danny Bohn follows up his eighth-place effort at Martinsville for On Point Motorsports with a start at ISM.