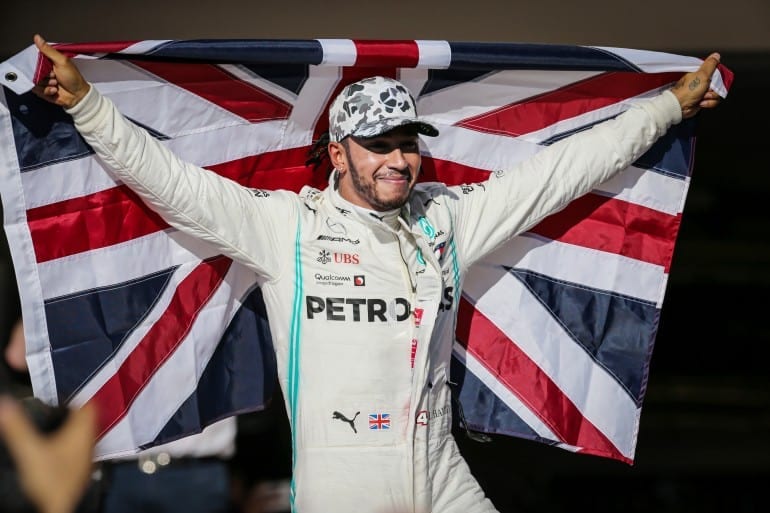 Here’s another round of the news that’s strewn about the headlines in the world of Formula 1.

– If you’ve been following the sport at all, even just a little bit, then there’s no shock in mentioning that Lewis Hamilton won his sixth World Championship this past Sunday (Nov 3) at the Circuit of the Americas in Texas.  He now sits one title away from joining Michael Schumacher at the top of the list, though Hamilton has been on the heels of Schumacher for a while now.

What makes Hamilton’s career at this point more spectacular is that he is winning at a higher rate than Schumacher.  It took the German champion 19 years to collect his F1 record 91 wins while Hamilton has earned his 83 victories in 13 years.  Taking another look at those statistics shows that Hamilton has won 33.6 percent of the time to Schumacher’s 29.5. In case you are wondering, Ayrton Senna had a winning percentage of 25.31.

Considering that Hamilton has stockpiled ten wins this season, and there are still two races to go, there is a good chance that he adds enough wins to make passing Schumacher a thing of relative ease next season.  And that is one of the things that makes Hamilton’s career so difficult to appreciate – the ease at which he continues to just cruise by the competition and win with aplomb. He wins with such regularity that many races feel like they are fait accompli and everyone should skip the formality and just give him the trophy after qualifying.

The past four years:

That’s nearly half of his wins coming in the past four seasons, which indicates that he and Mercedes are enjoying a beautiful marriage while also showing that the other 19 drivers have a chance to win roughly half the time.  Hamilton, through his domination, makes it difficult for drivers before they even show up. What’s even more wild is that Hamilton finished second in the championship in 2016 to Nico Rosberg.

Rosberg’s title is the anomaly of the past six years, the lone interruption in Hamilton’s mastery over the field.

What’s more is that Hamilton could have already have hit seven titles if he and Fernando Alonso had not been inspired to collaborate on the greatest teammate rivalry in the past thirty years and collapsed both of their chances, allowing Kimi Raikkonen to steal the championship in 2007.  That season could have been Hamilton’s meteor-like rise, winning the title in his rookie season, instead, he waited the interminably long time of earning the championship in 2008.

To say that Hamilton is the greatest is one of those sports-talk debates, or click-bait leads rather than to recognize that he has found the right partner and fulfilled his potential.  Every era has its own greatest and comparing eras is folly but it is easy to say that Hamilton is on the Rushmore of F1 greats.

– Battling for the first loser is always a rough position.  With the Mercedes ahead on strategy and engineering, Ferrari and Red Bull continue to scrap for the second position, with occasional moments of hope that they might topple the Silver Arrow empire.  This tension has hit a peak and it is in no way surprising.

Since the summer break, Ferrari have dominated in terms of straight-line speed, able to pass at will.  Their downfall manifests itself with the handling of their car, meaning they give up time in the corners.  Their competitors had begun to suspect that something sketchy was happening with the Ferrari engine, wondering how they had gained so much so quickly – especially in a sport where shaving a tenth can cost between $2-5 million in research and development.

Ahead of the USGP, the FIA gave a Technical Directive that addressed an aspect of the engine regulations.  Teams had come to believe that Ferrari were bleeding the intercooler for oil to slip into the combustion process with the result adding a power boost.  Two drivers expressed how they felt the TD brought about a painful USGP for Ferrari as the team failed to match its recent pace.

Hamilton said he thought that the intercooler loophole was one that Ferrari were using to get their boost while Max Verstappen of Red Bull, came out and said that the Prancing Horse were cheating.  While Hamilton’s remarks escaped the notice of the Italian team, likely owing to his stature and diplomacy of delivery, Verstappen became a target, and therefore so did his team.

Mattia Binotto, Ferrari’s Team Principal, waited after the race, circling the Red Bull hospitality tent waiting for Christian Horner, his Red Bull counterpart.  By all accounts, the two faced off in a bitter tense exchange. What had initially looked like a simple meeting to clear the air did not continue in that manner and the meeting grew increasingly heated.

The press observed from the outside, looking on and overhearing but not playing a central figure on the occasion.  The result came forth only later when Binotto indicated that Ferrari would take legal action against Red Bull if necessary.

This kind of brouhaha comes out of frustration rather than meaningful defense.  Both teams have struggled to keep pace with Mercedes and they are basically battling for the same points and as Ferrari’s season has proceeded on a sideways direction they are finding fault in the wrong places.

Ferrari may not have technically cheated but they found a loophole that gave them an advantage.  Now that the loophole has been closed there is even more reason to be frustrated.

– Two more races left in the season with the Brazilian GP and Abu Dhabi left.  A number of spots in the constructors title are all but settled but Racing Point and Toro Rosso are separated by just one point and will be scrapping to finish ahead of the other for the increased end of the year payout.  The drivers standings look more congested, as there are two clumps of three drivers in spots 3-5 and 6-8 that will be pushing to jump the other two. Then there’s the melee sorting itself out in spots 9-14 that should be more interesting than watching Hamilton waltz to another win.

I’d like to see Hamilton wheeling an Auto Union.

I think he did a few years ago.