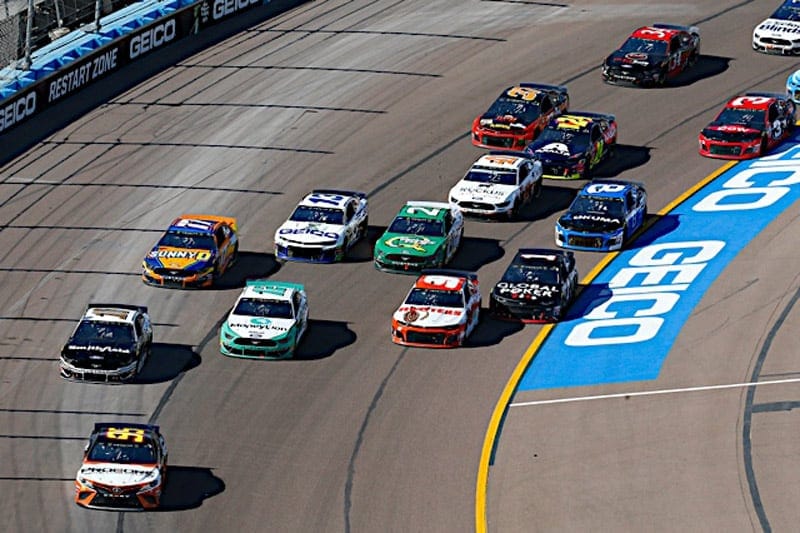 While everyone talks about “Game Seven Moments” in stick-and-ball sports, sometimes the most exciting are the Game Six elimination moments. One team has the advantage but wants to finish off their opponent, while the other team is in that win-or-else mode. This weekend at ISM Raceway in Phoenix, we will see that win-or-else mode play out for several strong teams – and it will be epic.

Is the Reconfiguration Better?

International Speedway Corporation has spent big money to transform ISM Raceway into an incredible facility. Over $100 million has been spent to modernize the facility, and it was needed. The old media center was cramped and very poorly designed. The new media center is fantastic. Access to garage area for the fans was limited, and even for media, getting around the track featured a labyrinth of stairways and walkways. Now, the fans have more access than most tracks, and the garage area is much easier to access for media and teams.

But lost in the redesign is whether the changes made to the racing surface have been a success. The old Phoenix featured a very unique layout with a scary exit from turn two. Now, the dogleg has led to some wild racing. While the other changes to the track have been fantastic, I miss the old configuration of Phoenix that gave us slower but better racing. It’s been so long since the reconfiguration that many NASCAR fans do not recall the old layout but it is missed by us old-timers. Whether the reconfiguration is better or worse is a personal choice, much like asking the same question about Bristol Motor Speedway.

Living an hour from Indianapolis Motor Speedway, I was close enough to feel the virtual earthquake that occurred when the news broke that the Hulman family had sold the most iconic oval in the world to the Penske Corporation. It had been over 70 years since the Hulman/George family bought the speedway, and like many, I figured the family would own it forever.

The fact that the Penske Corporation, which used to be in the speedway business with ownership at one time of Michigan International Speedway and California Speedway (now Auto Club Speedway), made the purchase surprised me. But this move also shows that long-term racing families do sometimes decide that it’s time to leave the business. This makes me wonder if all of these changes at NASCAR, ISC and Speedway Motorsports Incorporated are a precursor to an even bigger earth-shaking move.

For those not paying attention to the business side of the sport, the France Family is in the process of taking ISC private, while the Smith Family is doing the same at SMI. Could we see the sales of NASCAR, the associated racetracks and the Indianapolis all in the same year?

This time of the year in NASCAR, the cream rises to the top and handicapping NASCAR races becomes a bit easier. But this week in Phoenix, there could be an epic showdown with teams willing to take huge chances to win or else their championship hopes will be snuffed out.

Since the two drivers with the best chance to get in on points are separated by just two points, nobody will get a free pass to the final on points.

While Harvick is considered the king of Phoenix, it is actually Kyle Busch who has performed much better over the last five races. Busch has an amazing 56-point edge over Harvick in points and 66 over the next best driver Truex Jr.

Wouldn’t it be ironic if the track that cost Denny Hamlin a title chance back in 2010 did so again in 2019? Good luck with your fantasy racing picks this week.

Win: Kyle Busch – Can’t afford to try to just get in on points.

Place: Denny Hamlin – This track owes him one.

Show: Kevin Harvick – Nine career wins here, the most of any driver.