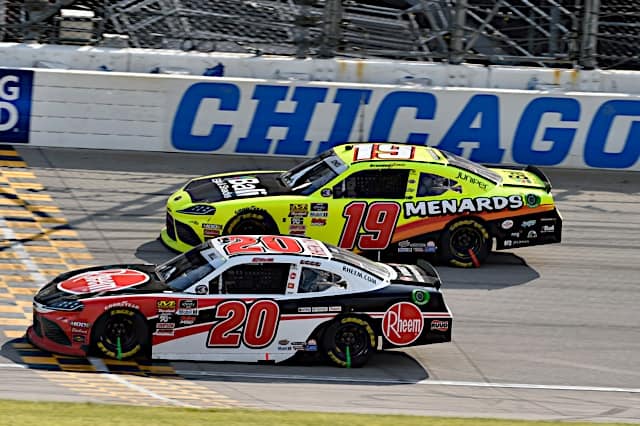 The Nov. 7 announcement comes two days after news broke that Riley Herbst will drive the No. 18 JGR Toyota full time in 2020 alongside teammates Brandon Jones and Harrison Burton.

Herbst will be paired with veteran Dave Rogers, who will return to a crew chief role after a year’s absence. Ben Beshore, who currently serves as crew chief on JGR’s No. 18 Toyota, will move over to the No. 20 team with Burton, who alongside Herbst will compete for rookie of the year honors next season.

Jeff Meendering will continue to serve as Jones’ crew chief in 2020 for the second consecutive season.

Rogers served as a crew chief in both the Monster Energy NASCAR Cup Series and the NASCAR Xfinity Series for JGR from 2005 to 2018, before assuming the role of technical director for JGR’s NXS operations. Rogers has scored a combined 38 victories across the two series with numerous drivers, including Kyle Busch, Carl Edwards and Denny Hamlin.

In his inaugural season with JGR, Meendering guided Jones to his first career NXS victory at Kansas Speedway last month. Prior to his current stint with JGR, Meendering had served as Jeff Gordon’s Cup crew chief in an interim role for four races in 2007 before transitioning to lead Bobby Labonte’s full-time effort in 2008. After a long absence, the 42-year-old returned to crew chief duties in 2017, this time for Cole Custer in NXS.

A relative newcomer, Beshore made his NXS crew chief debut this season with drivers Busch, Jeffrey Earnhardt, Matt DiBenedetto, Denny Hamlin and Jack Hawksworth, along with Herbst and Burton, who combined to notch eight NXS starts apiece so far this season.