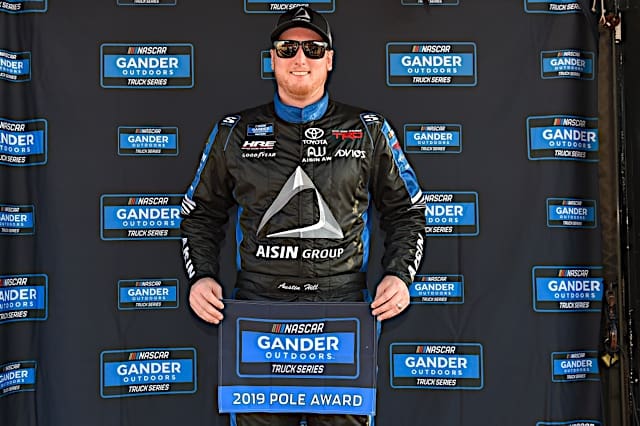 Hill was the third to last truck to turn a lap, and topped Stewart Friesen with a speed of 133.230 mph. The pole is Hill’s third pole of the season and his career.

Friesen will start on the front row alongside Hill after putting together a lap speed of 133.126 mph.

The top five is rounded out by Sheldon Creed, Ben Rhodes, and Ty Majeski. However, Majeski will have to start at the rear in his No. 44 Niece Motorsports Chevrolet after an engine change.

Harrison Burton’s engine shut off before he could complete a lap and will start at the rear after being quickest in one of the practice sessions.

The Lucas Oil 150 is the final race in the Round of 6 for the NASCAR Gander Outdoors Truck Series. Currently, no drivers are locked into the Championship 4 race at Homestead-Miami Speedway next weekend (November 15).