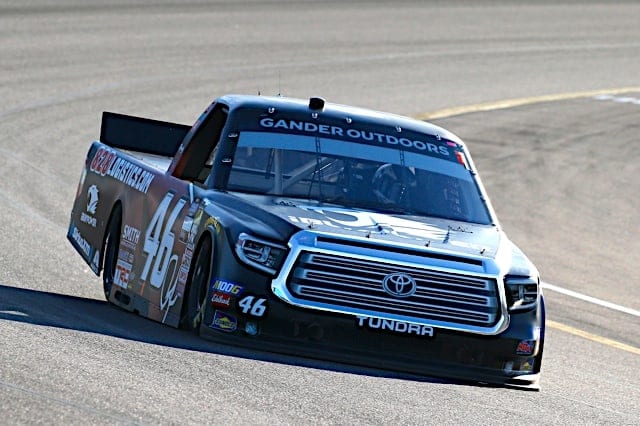 Smith and Carson Ware spun in separate incidents, which brought out the yellow flag during the first practice. Both continued without any major damage.

Burton edged his way to the top of the leaderboard in the second and final Truck Series practice of the morning. Burton’s lap at 133.492 mph was clocked in during a flurry of mock qualifying runs towards the end of the session.

Austin Wayne Self was the only driver to turn 10 consecutive laps, which he averaged a speed of 128.235 mph.

Chastain, who was in the top five early, ended up 15th in the final practice session (131.560 mph) and was the slowest playoff driver.

Majeski was the only driver to not take part in the session. The Niece Motorsports team was forced to change the engine in the Plan B Sales Chevrolet after the opening session. As a result, Majeski will have to start the Lucas Oil 150 from the rear.

There were no on-track incidents during the final practice session. A truck stalling on pit road caused the only yellow flag of the session.