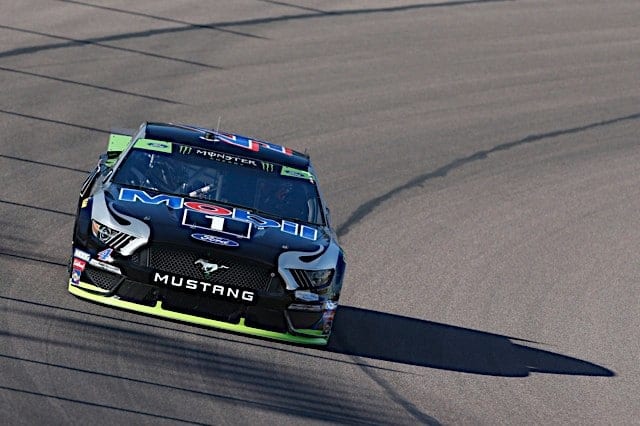 The track, ISM Raceway, better known as Phoenix, is a flat, one-mile oval that features a corner with a wide apron. Many drivers (especially on the restarts) try to use that to their advantage. This quirk, combined with the PJ1 traction compound, allows for several passing opportunities on a smaller track.

However, in eight of the last 10 races at ISM Raceway, the victor qualified in the top 10. Almost as frequently, the winner also led the most laps. The last example of this trend came in March when Kyle Busch led 177 laps en route to his first win of the season.

Even though the winner started near the front that day, some lower-tiered wheelmen also obtained a good result at Phoenix. But remember that the winner will probably be in the playoff hunt. Championship-eligible drivers have won every one of the eight postseason races held thus far.

Also, with only 0.1 points awarded for each lap led by a driver, the need for a dominator is less important when building a winning lineup. The 312-lap race will have a total of 31.2 points up for grabs in this category. Take note when building your roster and focus on mid-pack competitors who can climb up toward the front on race day.

Here are some drivers to make note of when filling out your Fanduel lineups.

As mentioned, Busch won at Phoenix in the Spring and just flat-out dominated the event. He also won this race last year and led 117 laps. Additionally, the Joe Gibbs Racing driver is on an eight-race top 10 streak there, including seven top-fives. If there’s any track he can lock himself into the Championship 4, it’s this one.

In this season’s playoffs, Busch has concluded every other race within the top-10. Most of his undesirable results were from mechanical or on-track issues. However, he knows that he needs to earn as many stage points as possible and a good finish to help seal the deal. He’s certainly capable of doing it, and he has the speed.

If there’s any driver who could consider himself the king of the desert, it’s Harvick. He has nine(!) wins at Phoenix, and has the best average finish among all active drivers. The Stewart-Haas Racing driver also has 12 consecutive top-10 finishes, six of them being victories. While he’s still very good there (since he won the March 2018 event), he hasn’t led as many laps as Busch recently.

In addition, the 2014 Cup champion led 119 laps last week at Texas Motor Speedway and won from the pole. The No. 4 team is now a part of the Championship 4 at Homestead-Miami Speedway next weekend. As a result, he may be more conservative Sunday and take care of his freaky-fast Ford. Still, his track history is just too good to ignore.

While not as impressive as his SHR teammate, Almirola does have four straight top-10 results at Phoenix. What’s appealing about him, though, is that he has started outside the top 10 in each of those races. Since he is in much better equipment than he was at Richard Petty Motorsports, he might qualify higher. However, that may be a good thing.

Just last week, for instance, Almirola finished second to Harvick after starting sixth. He also led 62 laps. Even though he’s knocked out of the playoffs, he could still have good results. After all, the No. 10 team has three top-fives and 12 top-10s this season.

Since joining SHR, he had done well at Phoenix and should continue that pattern. Let’s just hope he can avoid trouble on the track.

Newman does have two wins at ISM, but it’s unlikely he’ll win this time. Still, he has shown he can compete for a good finish, as he three-consecutive top-15 results. He’s a salary saver that can earn you bonus FanDuel points for earning several positions on the track.

Aside from his recent track history, the Roush Fenway Racing driver also has six top-15 finishes in the last nine races. For example, last week at Texas Newman qualified 25th and finished 15th. Additionally, at Martinsville Speedway he began 35th and ended the race 10th. As long as he stays out of harm’s way, he should again get a good finish and produce a good FanDuel score.

Ty Dillon is another guy who can gain a few positions on the track and stay out of trouble. He’s done that several times at Phoenix already, including two years ago when he ended 11th — a track-best. The Germain Racing No. 13 Chevrolet wheelman also had similar results this season. Since Dillon’s price is low, you can spend up for some of the higher-tiered drivers without hurting your salary.