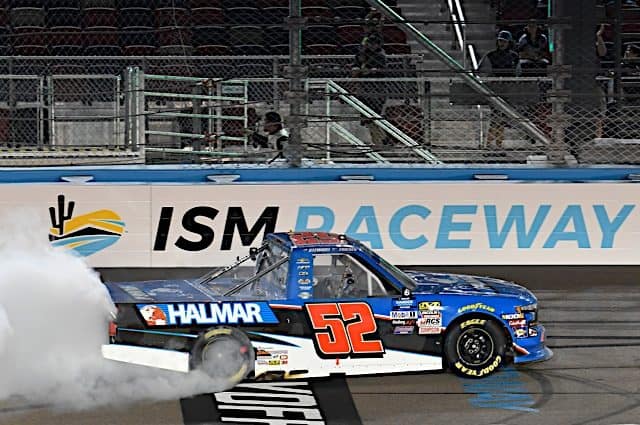 Stewart Friesen took the lead on lap 107 and held off repeated challenges from Brandon Jones to win the 2019 Lucas Oil 150. Friesen won for the second time in his NASCAR Gander Outdoors Truck Series career, but this win at ISM Raceway is his first on pavement. His first overall victory came earlier this year at the dirt track Eldora Speedway.

Friesen was penalized for taking the green flag to start the race ahead of pole-sitter Austin Hill. Friesen noted, and TV footage affirmed, Hill spun his tires. Friesen was unsure what he should have done, but NASCAR ruled it a penalty. As a result, after Jones spun on lap 3, Friesen restarted at the tail end of the field.

He rebounded to finish the first stage in ninth and the second stage in fifth. After a lap 101 caution flag, Friesen grabbed the lead and held on to win by 0.860-seconds.

For the fifth time in his Truck Series career, Jones finished second. He was able to race alongside Friesen for moments yet was unable to pass him.

Advancing to the Championship 4 are Friesen, Brett Moffitt, Ross Chastain, and Matt Crafton.

GMS Racing has an opportunity to see either one of its drivers or a driver from a team affiliated with them win the championship. Only Crafton is not aligned with the team.

Friesen advanced to the final round with his win and Moffitt clinched his Championship 4 berth by virtue of his eight stage points.

As for Chastain and Crafton, their hopes of advancing to compete for the championship at Homestead-Miami Speedway were questionable at times.

Chastain finished fourth in the first stage but he didn’t collect any stage points in the second stage. He kept his No. 45 Chevrolet out of trouble in the final stage and finished ninth. This year has been a dream for him.

Crafton raced behind his ThorSport Racing teammates Rhodes and Enfinger late in the race. Over the radio, he was frustrated with the way they were racing him. He clarified his remarks after the race.

Get excited, @Matt_Crafton fans. The No. 88 WILL race for another championship next weekend. pic.twitter.com/X4xnmUzBKn

Eliminated from the playoffs were Austin Hill and Tyler Ankrum.

After winning the pole, Hill appeared to be in a position to compete for a chance to race for the championship next week. His No. 16 Toyota became faster over the long run. In theory, with the third stage being the longest, he should have competed for the final Championship 4 spot. Instead, he was unable to make up many spots in the final stage. He finished 13th. Hattori Racing Enterprises will not repeat as champions.

Restarts bit Austin Hill all night. He was actually competitive on long runs. They made a small change to free him up at the end and they just didn't have what they needed from the drop of the green.

He didn't know he didn't advance until he took the checkers, per his request. pic.twitter.com/nFJwJ1Staa

Ankrum fought an ill-handling No. 17 Toyota early in the race. Then, late in the first stage, he made contact with Enfinger. The damage severely affected his truck and he never recovered. His DGR-Crosley team attempted to repair the truck, but the lengthy process cost him a lap and Ankrum’s title hopes were dashed when he fell a second lap down in the closing laps of the second stage.

On lap 63, Danny Bohn slowed his No. 30 On Point Motorsports Toyota on the backstretch. Apparently, he had a flat tire and though Bohn nearly stopped his No. 30 Toyota, NASCAR did not throw the caution flag. Bohn then limped his No. 30 Toyota to pit road. He returned to the race and finished six laps down in 27th place.

In the previous two Monster Energy NASCAR Cup Series races, both Joey Logano and Bubba Wallace spun and NASCAR threw the caution. Bohn did not spin his No. 30 Toyota, but it was at a near stop. Inconsistency much?

Lap 63 NASCAR must be very concerned about their caution policy. Danny Bohn has made it to pit road then returned to action four laps down.

NASCAR officiating has been often criticized this year with pit road penalties and now this. If this race had been at a smaller track, like Martinsville Speedway which hosted the previous Truck Series race, would NASCAR have thrown the caution flag? These fickle decisions don’t bode well for the sanctioning body.

With a combined five races left to go in the three main NASCAR series, a ruling on this will likely not emerge. However, it is something for NASCAR to address in the offseason. At the end of the day, all everyone truly wants is consistency.

In his first Truck Series race, Ty Majeski qualified fifth, but an engine change during practice relegated him to start the race from the rear of the field. He battled back to finish 11th. As he raced some of the playoff drivers, Fox Sports 1 announcer Michael Waltrip accredited Majeski’s success to iRacing. Yes, Majeski is one of the best at iRacing, but his career accolades are far more than that. He has been using #chasing100 on Twitter as he seeks his 100th career victory. Ninety-nine wins, including three in the ARCA Menards Series this year, is quite impressive. Waltrip needs to do better at his homework of knowing the drivers in the field.

Hey @MW55, Google @TyMajeski when you get home. You'll surprise yourself.

In five Truck Series races this season, John Hunter Nemechek has failed to finish all but one. His final cameo in the Truck Series this season ended when he was involved in a lap 101 wreck with Sam Mayer. The wreck was not Nemechek’s fault but it was a grim start to his tripleheader race weekend at ISM Raceway.

Chandler Smith earned the most points in the race with 51 points. He is only 17 years old and will not turn 18 until June 26, 2020. He has dominated in his ARCA races with five wins this year. In a part-time No. 46 Kyle Busch Motorsports Toyota, he earned his fourth top 10 in his fourth start. He already knows where he will be driving next year although that information has not been made public. When asked by Fox Sports reporter Bob Pockrass about the opportunity to potentially compete for the Truck Series championship next year, Smith gave an interesting response.

Chandler Smith would miss nine races next year on tracks 1.5+ before he turns 18. So if he would try to run for the title, would need to win and get top-20 in 7 races: Richmond Dover Iowa Pocono Kentucky Eldora Michigan. So will he try? #nascar ⁦@NASCARONFOX⁩ pic.twitter.com/UXtQbKW7O9

2019 Rookie of the Year Candidates

Number of rookies in the race: 7

Number of rookies finishing in the top 10: 1

Up next: The Truck Series heads to Homestead-Miami Speedway for its season finale. The highest finishing Championship 4 driver – Chastain, Crafton, Friesen, or Moffitt – will win the Truck Series championship. For those four drivers, no stage points will be awarded. It is simply who finishes the best. The Ford EcoBoost 200 will take place on Friday, November 15 at 8 p.m. ET. with TV coverage provided by Fox Sports 1.

Mark joined Frontstretch at the beginning of the 2019 NASCAR season. He is an Eagle Scout & a proud University of Dayton alum. He also writes about NASCAR for Beyond the Flag.
@MarkKristl
Previous Stewart Friesen Clinches Championship 4 Spot with Win at ISM Raceway
Next NASCAR Penalizes Bubba Wallace for Intentional Spin at Texas 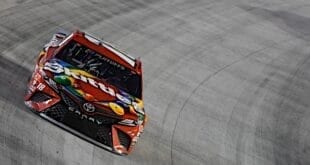 What Can Kyle Busch Do to Break His Winless Streak?

Kyle Busch‘s struggles in 2020 are growing more and more evident by the week. But … 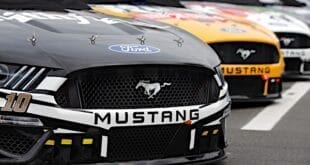 Up to Speed: Tough Decisions Ahead for Ford’s NASCAR Teams

The more things change for Matt DiBenedetto, the more they stay the same.  Returning to …