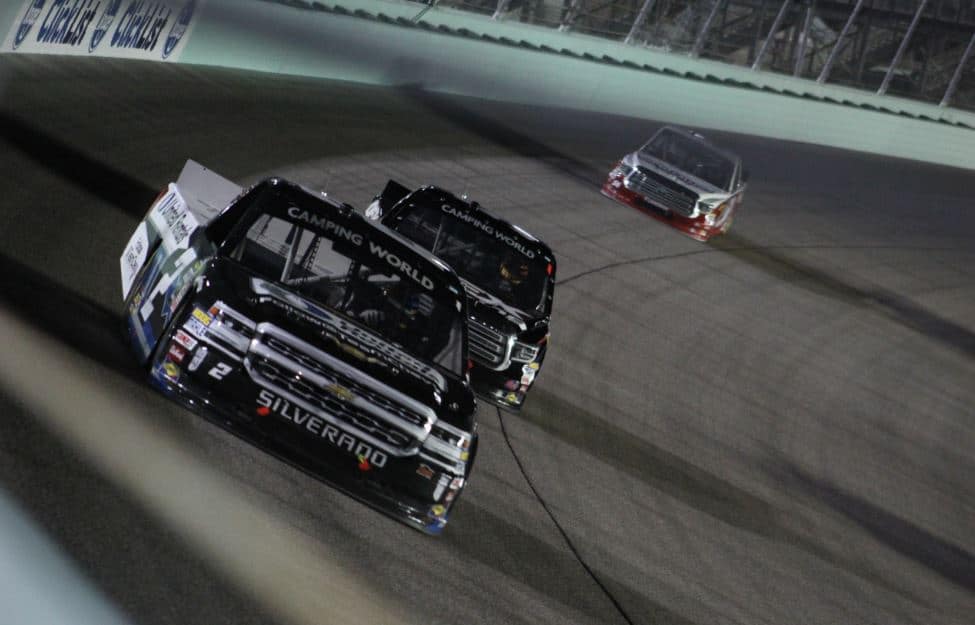 Thirty-seven drivers are entered for the Ford EcoBoost 200 at Homestead-Miami Speedway, the final race of the 2019 NASCAR Gander Outdoors Truck Series season.

ARCA Menards Series champion Christian Eckes will drive the No. 51 Kyle Busch Motorsports Toyota, one of the four entries competing for the owners championship.

Welcome back Cory Roper, who will drive his family-owned No. 04 Ford for the first time since failing to qualify at Las Vegas Motor Speedway.

Jesse Little will drive the No. 97 Ford for his family-owned team, JJL Motorsports. The team recently announced it sold its assets, but Little will continue to drive part-time for the new ownership.

Angela Ruch will drive the No. 44 Niece Motorsports Chevrolet, a teammate to Championship 4 driver Ross Chastain.

Tyler Hill will drive the No. 56 Hill Motorsports Chevrolet as the organization closes out its inaugural part-time foray in the Truck Series.

Part-time drivers Parker Kligerman, Spencer Davis and Codie Rohrbaugh are all entered; because they drive for part-time teams, they will most likely have to qualify on speed.

Three entries were listed without a driver. Both Reaume Brothers Racing entries were blank, as is the No. 87 NEMCO Motorsports entry. NEMCO team owner Joe Nemechek will drive the No. 8 Chevrolet.

The Ford EcoBoost will take place on Friday, Nov. 15, at 8 p.m. ET, with TV coverage provided by Fox Sports 1.

A back marker will determine who is the GANDOOR OUTDOORS TRUCK SERIES champion.