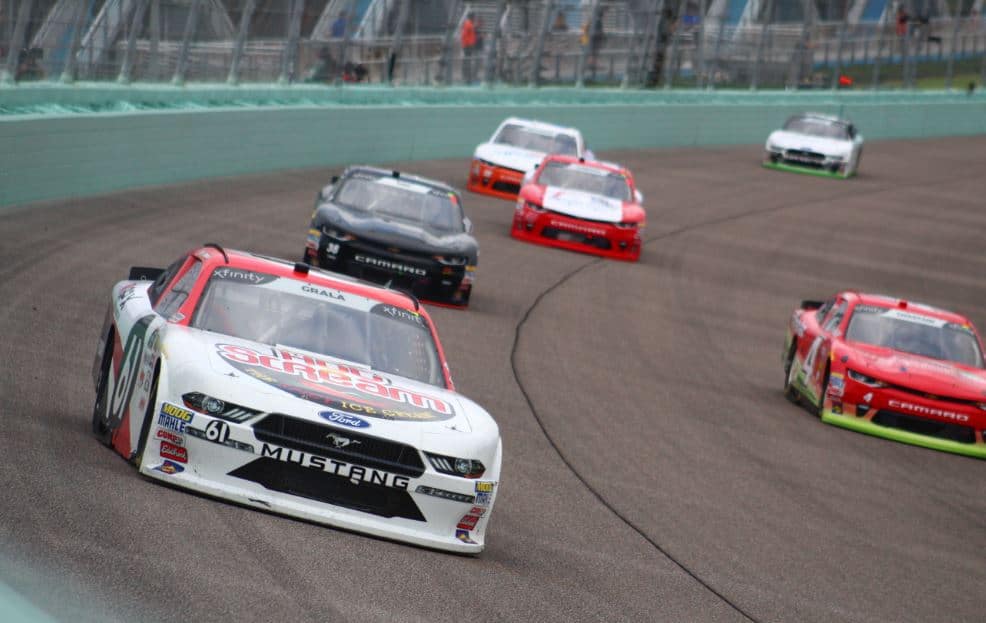 Thirty-nine cars are entered in South Florida this weekend in the NASCAR Xfinity Series season finale at Homestead-Miami Speedway, meaning one team will fail to qualify, barring any entry list changes.

The Ford Ecoboost 300 features Christopher Bell, Tyler Reddick, Cole Custer and Justin Allgaier as the championship contenders, but 34 other cars will battle alongside them for the victory.

Jeb Burton returns to JR Motorsports’ No. 8 machine, having finished in the top-10 in five of his six races for the team this year.

Colin Garrett will pilot Sam Hunt Racing’s No. 26 in what could be the team’s series debut if he’s able to qualify, having made his series debut at Richmond in the spring for MBM Motorsports.

JDM Motorsports’ Tyler Matthews makes his ninth start of the year in the team’s No. 15, while Alex Labbe will start his 10th race of 2019 for  DGM Racing in the No. 90.